Bringing it all together

In recent years, Maxim has merged with AmQuip, acquired heavy lift and transport specialist Crane Rental Corp, and most recently, bought the assets of Essex Crane and purchased Essex subsidary Coast Crane. Will North spoke to COO Frank Bardonaro about the development of the business

The first in the series of deals we discussed came in the summer of 2016, when investor Apollo acquired Maxim and fellow Pennsylvania based crane hirer AmQuip. But the history of those two companies, and Bardonaro’s involvement with them, goes back much further.

At the time of the deal, Maxim had around 1,300 cranes and AmQuip around 500; the merger confirmed the new Maxim as likely the biggest fleet in the US, and one of the biggest in the world.

The two companies have been in a long dance, since the millennium. Maxim was formed in 2000 out of Ray Anthony’s Anthony Crane Rental. Anthony Crane Rental was by then 80% owned by Bain Capital (famous for including GOP presidential candidate Mitt Romney among its founders), and had recently bought a series of rental companies.

These included Husky Crane of California, Dunn Equipment of Texas, Carlisle Equipment of Kentucky, AAA Crane of California and Capitol Crane of Indiana, in 1999; and, in early 2000, Sacramento Valley Crane Services of California and Kings Crane Service, based in Ohio. At the time, Bardonaro was part of the Anthony/Maxim management team, before moving over to AmQuip. In 2014, a scion of one of those original constituent companies (and cousin of Bardonaro), Bryan Carlisle, stepped up to the role of CEO, after 33 years in the business.

Maxim had had a tough time in the aughts, entering into bankruptcy protection in 2004; indeed, as it worked on coming out of Chapter 11 in 2005, Maxim’s then CEO Al Bove suggested selling the business to AmQuip. This first deal didn’t work out, and Bove later moved to AmQuip, in 2010.

AmQuip had been formed by Joseph Wesley Sr in 1967, as the American Equipment Rental Company.

Like Maxim, AmQuip made a series of deals at the turn of the millennium, buying up Shaugnessy and forming an agreement with Elliott Cranes of Nashville. In 2007, Wesley sold a majority stake in the company to Bard Capital, and Frank Bardonaro was promoted to company president.

Once the transition was underway at AmQuip, Bardonaro crossed over in 2010 to the manufacturing sector, spending two years heading up mobile crane sales at Terex, before coming back to the rental industry with Maxim in 2012, serving first as president and then as COO.

Bardonaro has then a unique view of the Maxim/AmQuip deal, having managed both companies, and as a supplier in his Terex days.

As Maxim began to flourish again in the long post-GFC recovery period, it had made a series of smaller acquisitions prior to the AmQuip deal, including specialists like CRC (Crane Rental Corporation) in 2015, and local rental fleets like Poindexter. Then, a little more than ten year’s after Bove first pushed for it, came the Maxim/AmQuip deal.

“It’s been extremely positive integrating the two different cultures and fleets,” Bardonaro says. “We can provide a lot more of a complete one stop shop across the North East US. We’ve had a busy year integrating systems, people, and fleet. We can now follow customers into places like Boston and Kansas even, positive for us and customers.”

“It was a bit more complicated. There were a couple of different sets of assets we acquired. Essex was in bankruptcy, while Coast was independent and ongoing.

“We moved Essex’s fleet into Maxim’s national business (we sold off the majority of normal crawlers, kept the hydraulic crawlers). We were able to rebrand the equipment, and offer a full service (which Essex didn’t do). That was extremely efficient.

“It was fast for a company of that size. Maxim has more experience than almost anyone in acquiring fleets. With our full network, that made it faster to move equipment off of job sites, to depots for upgrade.

“Because Essex was bare rental only, that was not as complicated as an AmQuip or a CRC acquisition. It was more of a fleet management question.

“We expanded their tower crane division and material hoist division (with a new deal with Alimak). We’ve found that the addition of the Coast fleet, people, and footprint, has been tremendously positive for Coast, for Maxim, and for customers in the Pacific North West.”

In for the long haul

While the AmQuip, Essex, and Coast deals built Maxim’s general mobile crane fleet and the reach of its depots, the CRC acquisition had added a new specialist focus to what had been a general hire business.

“We’ve had a great year of growth with the heavy haul division,” Bardonaro says.

“We expanded the business, gave them their own premises to work out of, in Bithio, Florida. We’ve added staff in the field to help sell the product, all the way from Philadelphia to Florida. We ramped up our turnkey operations for cranes and heavy haul, and expanded the fleet for heavy haul equipment. We added service and support to that division of Maxim.

“We always worked very closely with some key accounts for project lifts. In the past, we had worked with customers to bring that in. Now, we are doing that as primary contractors. Our ability to do heavy engineered lifts, is becoming a more important part of the business. We are working to be a one stop shop for that.”

The history of Maxim and its predecessors (and of the industry) shows how even the biggest companies can be vulnerable to changing market conditions. Right now though, Bardonaro is broadly optimistic.

The mobile sector’s recovery is slow, he says. “It has been the same for the last two years. It’s very competitive, with many local and regional players. We don’t think it’s getting any better, but it’s not getting any worse. We maintain strong share and reach in the mobile crane division.”

“We haven’t seen any spending federally that will impact on projects.

There will always be regional projects, but we’re not seeing a blanket national improvement that would drive anything [for crawler cranes, in particular]. We’re seeing growth, but based on regional needs rather than anything national.”

“The tower crane business has not needed to improve! It’s very strong. We have [orders] six to 12 months out, and do not see any softness in that market. It’s cyclical, but we expect it to remain strong at least through 2018.”

The slow speed of recovery in the US has provided an incidental benefit for companies like Maxim, as manufacturers have been slow to ramp up production.

Bardonaro says, “What we are seeing out there today is that the manufacturers production levels are still relatively low. That allows companies to keep equipment working. Rates are pretty flat, but we don’t see the problem of the market being flooded with equipment.

“A lot of the regional and new players, don’t have any pricing discipline. They don’t realise at some point you have to pay for that $4m crane. People have to look at long term returns on investment to keep the industry stable. We hope to provide that as we move forward.”

As Bardonaro and executives at many other rental companies have increasingly worked with the bond market and private equity firms to build their fleets, there has been a perception that there is a gap between traditional family firms, and a new corporate sector.

This idea is, Bardonaro is keen to stress, in many ways a myth. He says, “We’re levered less than any of the companies we look at. Some regional companies may have 20 different lenders. Even regional businesses, rely on lending.

“Those differences are very slim today. We still have family members from original businesses, in place. Our CEO, Bryan Carlisle, is from a business that dates back to the 30s.

“Although we’ve professionalised our relationship working with banks and Apollo, we still have more family members than many businesses.

There’s a misperception there about ‘family businesses’, that may have 20 or 30 lenders, and Maxim. Our aim is to never get over-leveraged; we’re happy that we’re one of the least levered.

“Our financial obligations are so low, that we can fund our growth out of our balance sheet.

That performance alllows us to continue to grow.” 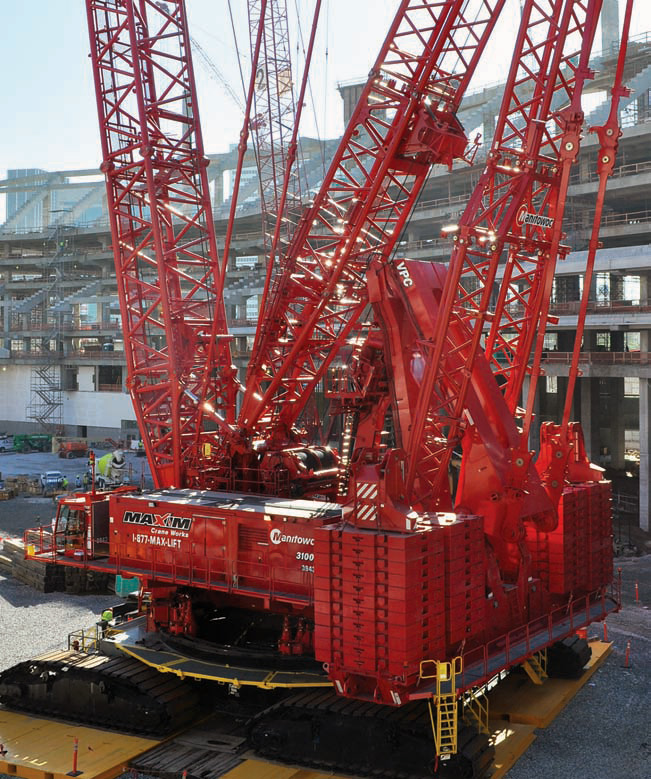 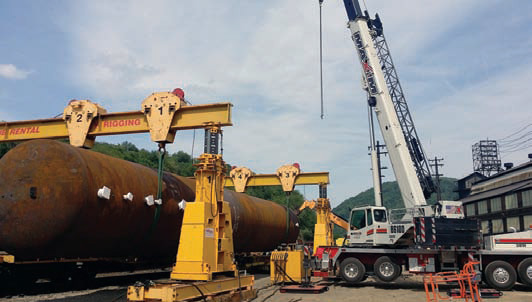