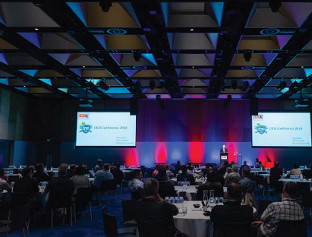 Wheels in motion 18 December, 2018 Mobile crane orders in Australia skyrocketed this year. Combining information from a series of interviews with material from CICA’s annual conference sessions, Sotiris Kanaris looks at the state of the market for crane suppliers and hirers. > read more

Urban boom 18 December, 2017 There is no doubt that the Australian crane market, led by urban development, is in recovery mode. The rejuvenation and expansion of Australia’s cities and infrastructure continues unabated, spurring demand for tower cranes, all terrains and mini crawler cranes.

Waiting for the dust to settle 11 October, 2013 The city of Christchurch, New Zealand still finds itself deep in the process of deconstruction. In an era of listed buildings and increasingly dense urban developments that take time to demolish. What effect do lengthy urban deconstruction have on the crane business? Zak Garner-Purkis went to the city to find out.

Land of the long white cloud 11 October, 2013 With a market dominated by secondhand and often smaller machines, New Zealand is often overlooked, but the country plays a leading role in training, and shows how geography can shape a lifting industry. Zak Garner-Purkis visited the local trade association's AGM in Napier, and job sites across the country.

Under-the-hook update 13 July, 2012 This month Cranes Today takes a look at rigging products developed for wide-ranging industries including light construction, oil and gas, and salvage. The Versabar Claw is designed to quickly remove sunken topsides offshore. Other companies focus on lighter loads, such as Pemco, offering a pipe safety hook. For lifting light loads without electricity, we interview Global Track on a new hook for its manual overhead crane.