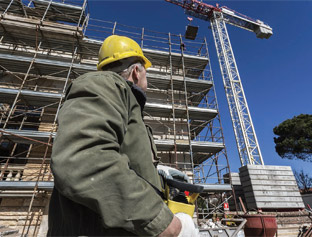 Are cranes electric? 14 February, 2019 Diesel engines are polluting, and face ever-stricter controls on their use. But mobile cranes need power, and lots of it. Is electric power for mobile cranes a realistic possibility? Julian Champkin plugs in to the possible technologies.

One engine or two? 11 February, 2014 With new emissions regulations in many of the world’s most important markets increasing engine size, some manufacturers have dropped the upper engine on their cranes. At the same time, the regulations may pose problems for users working on oil and gas sites and those selling their cranes secondhand to the rest of the world. Will North spoke to three manufacturers about how they are designing all terrain cranes they have accommodated new engines, while retaining lifting capacity and roadability.