A ladder into the crane industry

This month, we look again at the important role training and certification plays in the industry. There's some good news from the two big certification outfits, the NCCCO in the US, and ECOL in Europe.

In Europe, work on developing the European Crane Operators Licence is rapidly gathering pace. ECOL has been established as an independent foundation, and will shortly begin pilot programmes.

The news from across the Atlantic is less immediately happy. OSHA's full implementation of the Cranes and Derricks Rule at a federal level has again been delayed. After almost a quarter century of work on developing a federal approach to certification, noone is pleased by this. But, OSHA has listened to the chorus of voices across the industry that have raised concerns about its definition of 'qualification' and its interpretation of the Cranes and Derricks Advisory Committee's mention of training by type and capacity. With another year to work on these issues, we may this time next year see a federal rule that everyone agrees on.

The first focus in developing certification has been on operator certification, and rightly so. On any lift, the operator must be sovereign, and the cab their throne. Only they can veto instructions to perform a lift in an unsafe way, and only they can take the steps to rescue a lift if something goes wrong.

That doesn't mean though that training and certification should end at the operator. Their should be a clear understanding of safe working methods and best practice for everyone involved, and this should be tested and documented. This applies both to those planning and overseeing lifting operations, and to those working around the crane.

Training and certifying lifting crew has the added benefit of providing a path to a career in the industry. Training and certifying staff on the job should be a way to ensure that anyone with a little common sense, dedication and conscientiousness can find a job that pays a good wage, and is rewarding in a broader sense. In a world where young people find they have to get deeply in debt to secure the university degree needed for even the most mundane office jobs, and the construction industry struggles to find enough workers, vocational qualifications are vital.

This month, Paola De Pascali looks at how these broader skills are assessed. She finds increasing efforts being made to develop coherent certification programmes, and some positive signs of support from government. This is something we should all be pleased to see. 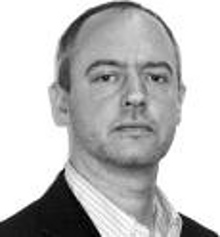 Get noticed in Cranes Today

Think about the future