Asia Project round up

This month we review projects from India,Singapore and China.

Adani, India
Boxco Logistics used two 28 axle-lines of Scheuerle-Kamag K25 SPEs to transport an 880t splitter column to Mumbai's Adani port. The 91m column, built for a refinery in Mexico, was the longest ever transported in and out of the Indian port.

Along with the splitter Boxco also transported a 380t quench water tower, a 250t demethaniser and their accessories. Scheuerle-Kamag said that due to the splitter's size transportation to Adani port was a challenge. Road widening and the removal of obstacles such as dividers and light poles were necessary before the column could moved. Electrical line shutdowns also had to be arranged with the local electricity boards.

Assembled at the site in September 2012 the cranes have predominantly lifted rebar and poured concrete, but have as been used to lift general construction materials.

Each crane is responsible for three buildings and has been positioned strategically to provide complete coverage of job site, as well as being rigged with full 50m jibs. Two of the cranes are internal climbing units while the third is mounted externally. The operating heights are currently 50m, but will eventually reach 110m.

Singapore
A Sennebogen 683 HD telescopic crawler crane has been used as part of a canal system expansion project in Singapore.

Sennebogen said that the telescopic crawler crane's running gear meant that the 683 HD was both stable and could be moved quickly.

Xiamen, China
More than 300 Potain cranes are working in Xiamen, China, says Manitowoc. The average building height in Xiamen is more than 200m

The most commonly used Potain crane in Xiamen is the 6t capacity MC 120. Manitowoc estimates that approximately 270 MC 120s are at work in the city.

Manitowoc said that all of the cranes perform general lifting duties at jobsites around the city. They lift concrete, rebar, formwork, glass and any other material required to complete the cities numerous projects.

Among the projects using Potain tower cranes in Xiamen is the AVIC Zijin Building. The 265m structure is the tallest building currently under construction on the city. Singapore

Noida, India Leighton Welspun Contractors has used three MC 125 Potain tower cranes to build the Wave One commercial development Manitowoc said the project is typical of the work that Leighton Welspun's Potain cranes perform: a high-rise development in the heart of a city.

The MC 125s pour concrete and lift general construction materials to build two 41-storey towers at the project. The MC 125s are external climbing units currently erected at heights of 68m, 74m and 80m. All the cranes will reach a final working height of approximately 140m. Two are configured with 45m jibs and one with a 50m jib, to cover the 230,000 sq m job site.

The Potain MC 125 has a maximum jib length of 60m, at which it can lift 1.15 t. The crane uses Potain's pin-connected mast sections for easy erection. 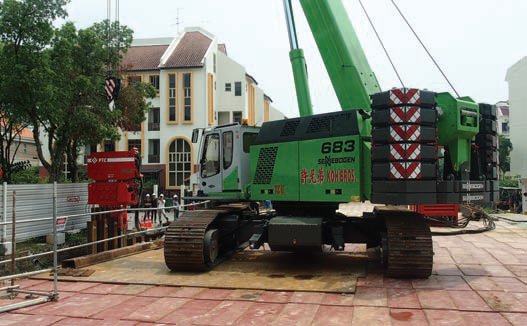 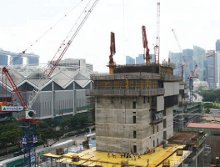 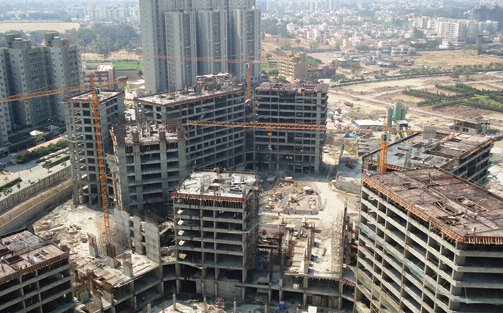