Back on the global stage

In 2019, Kato has launched a number of cranes across different product lines. Sotiris Kanaris visits the company’s Tokyo office and discusses about the updated portfolio and international presence.

“We have instituted a new slogan of ‘progress to the next stage’ that reflects our commitment to further advancement of ourselves as a company,” says Kimiyasu Kato, president of the company.

This progression is evidenced by the company’s investment to expand and renew its crane product line, which comprises rough terrains, all terrains, city range, truck cranes and crawler cranes. Another sign is the company’s strategy to increase its international sales.

“The Ejib is a very popular feature in Japan, it minimises the time needed to install the jib,” says Hajime Yusa, deputy senior manager overseas marketing department at Kato.

Yusa says the first two units of this model were shipped to Rivertek Services, Ireland and UK distributor, to be delivered to one of its UK customers in early December. Ivan Bolster, operations manager at Rivertek, speaking to Cranes Today in early November, said that more CR-250RVs were due to be loaded in Japan at the end of the month; these units are also sold and due for delivery to UK customers in January 2020.

The City crane range for international markets includes two more models, the CR-200Rf and the CR-130Rf.

“We used to sell this crane type to European countries 20–25 years ago, after that we didn't have products that we could offer to this region because of the crane regulations. But four or five years ago we re-entered the UK and Irish markets, having cranes featuring the latest technology and complying with the latest regulations and emission controls.

At the right time, we found the right partner in Rivertek Services. This is the reason why we could re-launch and expand our business in this region,” Yusa says.

The manufacturer is also targeting overseas markets with its newly-launched KA-1000RX all terrain crane. Yusa said they are currently researching different markets where this crane could be used, acknowledging that the competition in this crane segment is tough. Compared to other models, the KA-1000RX features a single engine, single telescopic cylinder, ABS, and Euro stage 4 engine.

“You can drive the crane on the road without disassembling the upper structure and boom, within 12t axle load. It is a big progress for us. Another advantage of this model is that it has a compact slewing radius,” says Kyosuke Harada, assistant manager, overseas marketing department.

The all terrain range is manufactured at the Ibaraki plant, alongside the production of medium and large rough terrain cranes. Kato says that most all-terrains in the Japanese market are above 100t, as for lower capacities rough terrains dominate the market. The highest capacity Kato rough terrain for the domestic market has a maximum capacity of 80t and has four axles.

“The [Japanese] market is a bit slow but the mobile side is performing well. The building construction sector is active, especially in Tokyo where there are many residential and warehouse projects. In Japan the 25t rough terrain is the most popular,” says Yusa.

In the summer, the manufacturer launched the SR- 500LX, which has a maximum capacity of 51t. Kato has another rough terrain crane in this capacity class, the SR-500L; the difference between the two is that the newest model has a longer boom (42m five-section compared to 35m four-section) and the Ejib technology. Yusa says the reason behind the launch was demand from international customers for longer booms.

This September, the production of these machines moved from the former IHI Yokohama plant to Kato’s Gunma plant where the company’s small size rough terrain cranes are produced. Yusa says the company expanded the Gunma plant to accommodate this production line and hired more staff.

The crawler crane range comprises six lattice boom models with capacities ranging from 55t to 300t and one telecrawler. The 250t CCH2500-6 and the 55t CCH500-3II lattice crawlers are the most popular models from the range for overseas markets.

This summer the company updated its telecrawler, from the former CCH550T-3 to CCH550T-6. The capacity still remains at 55t, the difference is a new tier 4 final engine and a new upper chassis design.

Yusa says the manufacturer has already started selling units to the domestic market and they are researching export possibilities.

Another crane product that Kato offers is a truck crane, which is manufactured at the company’s factory in Thailand. Harada says these cranes used to be popular in Japan in the past, but there is no domestic market for them anymore. He adds that the crane companies that used to have them in their fleet have already sold them to companies in other Asian countries.

The manufacturer offers one model, the NK-600RX, which has a maximum capacity of 60t and a five-section boom which can reach a length of 43m. This model is designed for and sold to the Asian, Middle East, South American and African markets.

The Asian market is the primary export destination for Kato cranes, accounting for a significant proportion of overseas sales. Yusa explains that this market changed over the years, offering more sales opportunities, as more companies are opting for new equipment than in the past.

However, the manufacturer is not just focusing on Asia, as it is targeting to expand its presence in Europe. The company opened a European office in the Netherlands last year. The next stage could be the global stage. 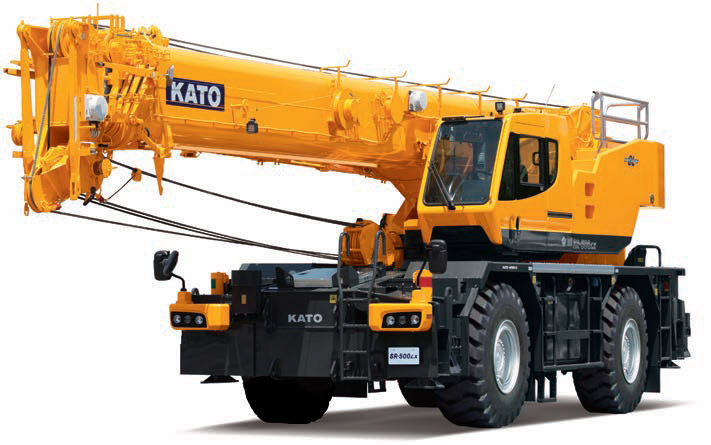 The new Kato SR-500LX rough terrain crane, has a maximum capacity of 51t. 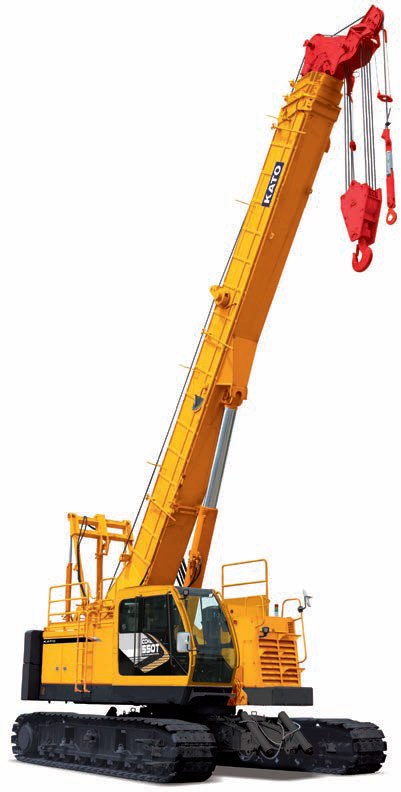 Kato’s CCH550T has a maximum lifting capacity of 55t. 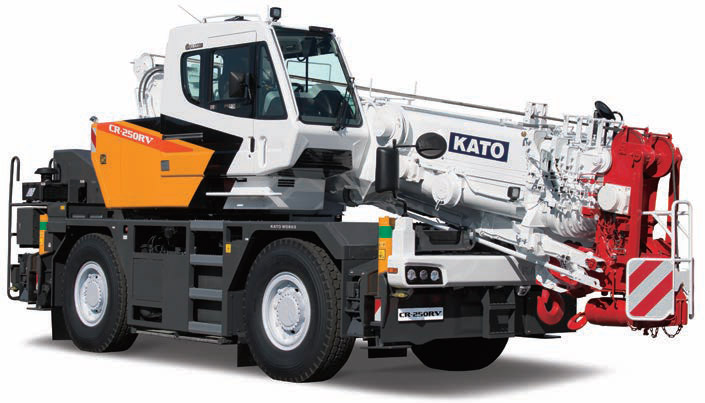 The 25t CR-250RV, was presented for the first time at this year's Bauma.