Founded in 1968, the company came into being when John and Richard Morrow acquired their first tower crane and rented it to their father who owned Morrow Construction. At that time most US contractors were using mobile cranes, but Morrow Crane Company set out to convince the industry to try European manufactured tower cranes which took up less ground space and offered horizontal booms up to a height of 100 stories.

Morrow secured a regional distribution agreement with Liebherr in 1974, which gave them sole responsibility for the US states of Washington and Oregon in the north west. Shortly afterwards, in 1979 Liebherr exited their direct involvement in the US and Morrow secured the rights to an exclusive distributor deal with the German manufacturer which covered the whole of the USA and Canada.

In 1993, Morrow merged with American Pecco Corporation and less than a decade later was believed to be the largest crane supplier in the world operating the largest fleet of cranes in North America. “Our fleet is comprised of over 500 Liebherr hammerhead, flattop, luffing boom and self-erecting cranes. Morrow offers cranes in a range of capacities from 100mt to 710mt in the top slewing range and 81 and 125mt in the self-erecting line of cranes,” said Peter Juhren, president and COO.

Market conditions indicate that the US crane market has been flat over the past 24 months, while 2020 has obviously been especially challenging with the Covid-19 virus. “Many construction projects across the US were either shutdown or postponed. The financial markets also tightened restricting some new investment. Both east and west coasts of the US remain active, while the midwest and central states remain fairly flat.”

Looking specifically at the effects of the pandemic Juhren added: “Fortunately, the construction sector in the US was considered exempt from lockdown restrictions by virtue of being an essential industry. We experienced some pull-back at the beginning of the year but steadily it has since returned. Most of our office employees are able to carry on working remotely and we have introduced strict measures, as per the CDC and local authority guidelines, to maintain a safe workplace.”

The size of a project and the contractor can affect demand for specific types of crane offered by Morrow. “The Liebherr 357 and 542 HC-L luffing boom cranes have performed extremely well for us, as has the 300-500mt range in the flattop and hammerhead series. The self-erect market is really still in its infancy stage in the US but we see continued upward trends in this sector. Smaller builders are continuing to see the benefits of these cranes and how they increase productivity on their projects.”

“The commercial construction sector has been weak but there is still a good demand for residential and industrial projects, especially hospitals. With the exceptional quality of the Liebherr product range and world class support offered by Morrow, we have retained and even steadily grown our customer base,” said Juhren.

Operating the largest fleet of cranes in the US means the company is involved with numerous construction projects but three notable recent examples were in Las Vegas, Washington State and Florida. “We recently finished the Resorts World project in Las Vegas, where we had five Liebherr 542 HC-L luffing boom cranes erected to a final height of over 600ft (183m). We also had an involvement with the Microsoft project in Washington State where we have seven Liebherr 630 EC-H Litronic cranes on travelling undercarriages. The Link at Douglas Station in South Florida required four Liebherr hammerhead cranes supplied by us in sizes 316 EC-H and 420 EC-H.” The entire industry is hoping for a more predictable and optimistic outlook for 2021. Juhren concluded: “We expect to see the flat market continuing through the first two quarters of 2021 with a prospect for growth in the second half of the year. There are still many factors that will influence the US market, but we are optimistic we will see a better second half.” 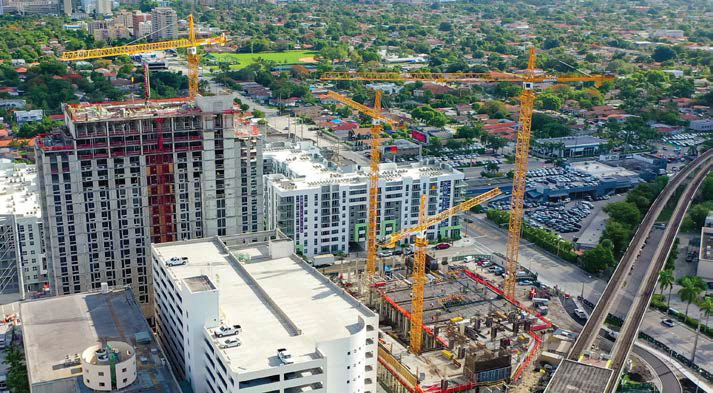 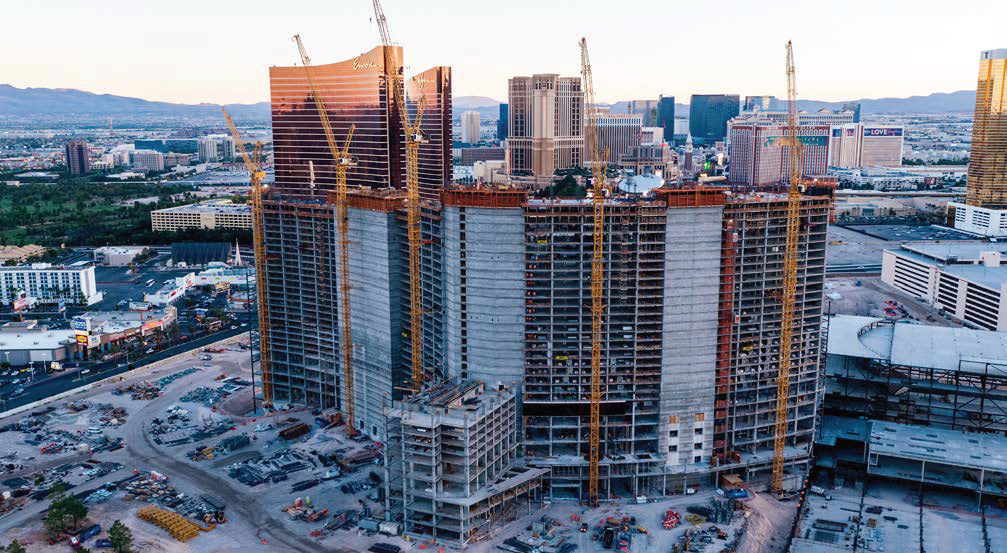 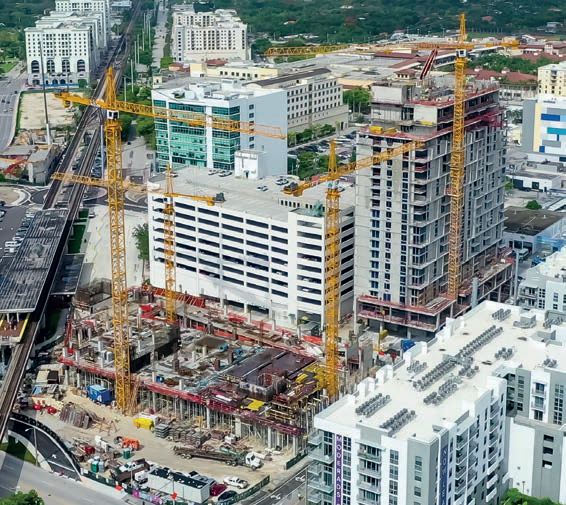