Cable manufacturer FibreMax is expanding its factory and production output to meet increased demand for its products. Sotiris Kanaris talks to sales and marketing manager Duco Handgraaf about how the company’s products are moving from niche to mainstream.

FibreMax’s facility will soon cover 6000sqm, as the company is adding 2400sqm of production space to its current location in Joure, in the north of the Netherlands.

The company manufactures crane pendants made from aramid (Twaron by Teijin), one of the strongest fibres in the world, which are custom-designed for a range of applications. “Aramid has very high strength, low stretch and very low creep,” says Handgraaf.

“We are not a rope,” he clarifies, “Our product almost acts like a steel bar, it is only for linear tension applications, and that is the market we are focusing on. Our goal is to replace every steel wire and steel bar in a linear application with fibre.”

When FibreMax’s founder Rinze van der Schuit came up with the idea of such a cable in 2004, there was no machine at the time capable of producing it.

He therefore developed a unique winding robot, which holds 15 world patents. The robot wraps the aramid fibres parallel to each other around the end fittings, keeping the internal abrasion to a minimum. The automated process continues until the right cable strength or required cable stiffness has been reached.

The crane market is one of the company’s strongest, as it supplies different pendants for various crane types. The first crane customer was fellow Dutch company Huisman for an offshore crane in 2011. A pendant was supplied for the 350t fly-jib of the crane on the Happy Buccaneer general cargo ship.

The first onshore crane project soon followed; FibreMax worked with the Men from Marr’s and Favelle Favco to customise a pendant for the world’s largest capacity tower crane, the 330t Marr M2480D.

In 2014, the collaboration with Liebherr started, initially for the fly-jib of the 1000t LR 11000 crawler crane. Since then the company has supplied Liebherr with three different types of pendants for more than five types of cranes. The cables supplied are for additional or fly-jib guying, main boom suspension as well as ones for self-erecting cranes. Sennebogen and Manitowoc have also been using custom-made FibreMax pendants for some of their models.

All FibreMax crane products are in accordance with requirements for crane manufacturing as specified in standards EN 13000, FEM 5.004 and ISO 4308-2.

“We are now supplying FibreMax for ten cranes a week,” says Handgraaf.

At the company they believe they can capture a high market share because they claim their product has many advantages compared to ones made using other materials.

“On long boom crawler cranes weight is essential. Normally cranes are equipped with heavy steel plate or steel wire rope pendants and steel connectors. By using our pendants a significant weight reduction can be achieved.

He says that the lower weight leads to easier and faster installation and transportation, less counterweight as well as added lifting capacity. “Since the pendants are lightweight and synthetic, they do not damage the paint structure on the boom or other crane parts,” he adds.

According to the company, the use of a lightweight product could allow crawler crane manufacturers to offer even longer booms.

Another benefit for crane manufacturers is durability. “A land based crane is usually produced to last 20 years and on 16,000 full load cycles; our pendants with aramid have been tested and can last up to 750,000 full load cycles. The pendant will outlive the crane 40 times. The only thing you have to make sure is that you protect it from impact from the outside,” says Handgraaf. “Depending of the application it lasts five times longer than steel.”

There are three layers of polyester on top of the core made of aramid: two black on one red.

“The red layer is the last one, so we always say ‘when you see red, inspect.’ We only had three cables returned out of the 15,000 manufactured because they were damaged from the outside.”

Apart from steel, Hangraaf finds that FibreMax has advantages over rival products made using other materials. “Carbon cables are rodlike, rigid, which for transportation and handling is not optimal. They are also more susceptible to damage. Another alternative could be synthetic rope the only problem is that synthetic rope cannot withstand high temperatures, has more creep and stretch as well as a smaller life span.”

FibreMax is more expensive compared to the rival steel products, approximately twice the price, which has affected the demand from manufacturers of machines with lower profit margins.

The manufacturer is hoping to change that with a drop in prices that could result from the expansion of output and the addition of a new upgraded endless winding machine.

“The machine will be two times bigger, with much more fibre on it. Everything that we have learned over the last 15 years producing cables is incorporated in the new machine. Due to our new factory, new winding process and new machine, we can produce two to three times faster and more efficiently. This means we can drop our prices. The product is getting more mainstream, a drop in price will open up new markets,” says Handgraaf.

One of them is for tower cranes. The company is currently in discussions with a number of international tower crane manufacturers. Apart from price, Hangraaf says the increased interest for FibreMax pendants from manufacturers of this crane type is also due to the trend towards larger machines.

“With tower cranes getting larger, the weight is becoming more important than it used to be. If they take steel off and put our pendants, they could potentially put another battery pack, an electric engine or something else. We enable innovation, we enable progress.”

With only 12 years in the market, FibreMax has gained the attention and trust of established manufacturers in the crane, offshore heavy lift, mining and renewable industries. The upcoming production expansion is seen as the key to an even faster future growth. 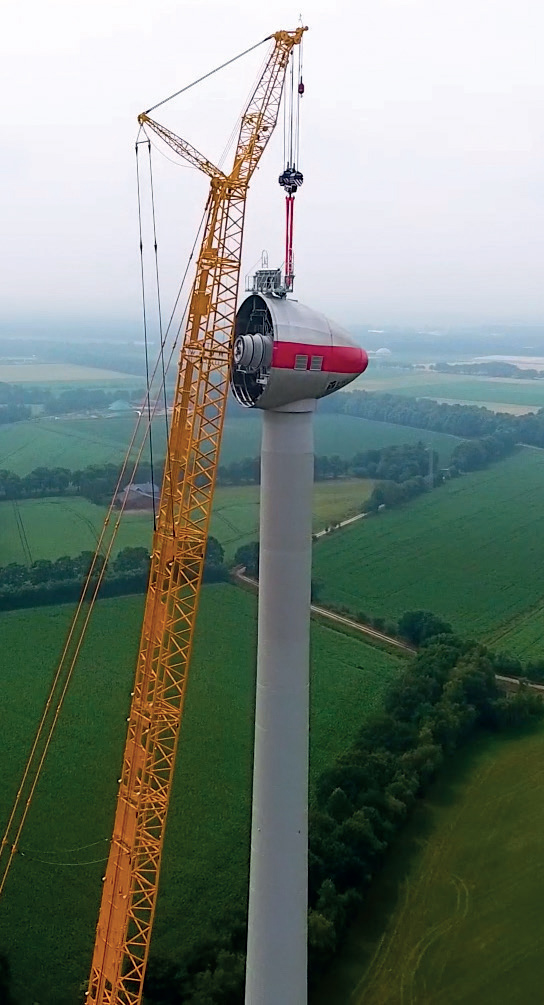 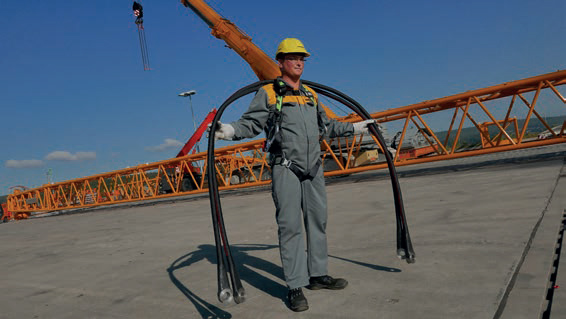 FibreMax’s crane pendants are made of aramid, which makes them lighter compared to rival products. They are being used by a number of crane manufacturers on different types of cranes 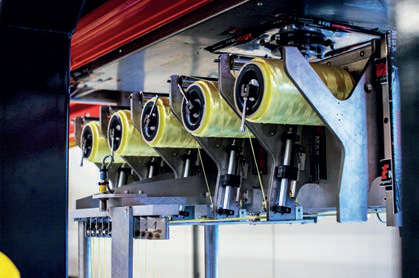