Enerpac go with the split-flow

Mammoet used the stage lift sets to lower conveyors as part of the installation process. The pump system allowed Mammoet to lower four per day despite the rugged conditions of the site.

Often stage lift systems are used to move large weights when other methods such as cranes are impractical or if the machine cannot gain access to lift or does not offer the same level of hydraulic precision.

Enerpac's 700 bar Stage Lift system can be operated in multiple steps it can be actuated remotely, manually or synchronised with PLC controls, within tolerances of less than 1mm, to lift, hold and lower large objects.

The split-flow pump also has the option of wireless controls so the operator does not have to stay with the pump to operate it but can freely move around the object being worked on.

Enerpac said that stage lift systems could be used in the 10- 400t capacity range of per lift point to overcome limitations imposed by hydraulic cylinder strokes that are too short for some jobs. The manufacturer said that the systems enhanced safety came from removing the need to constantly reposition multiple cylinders, 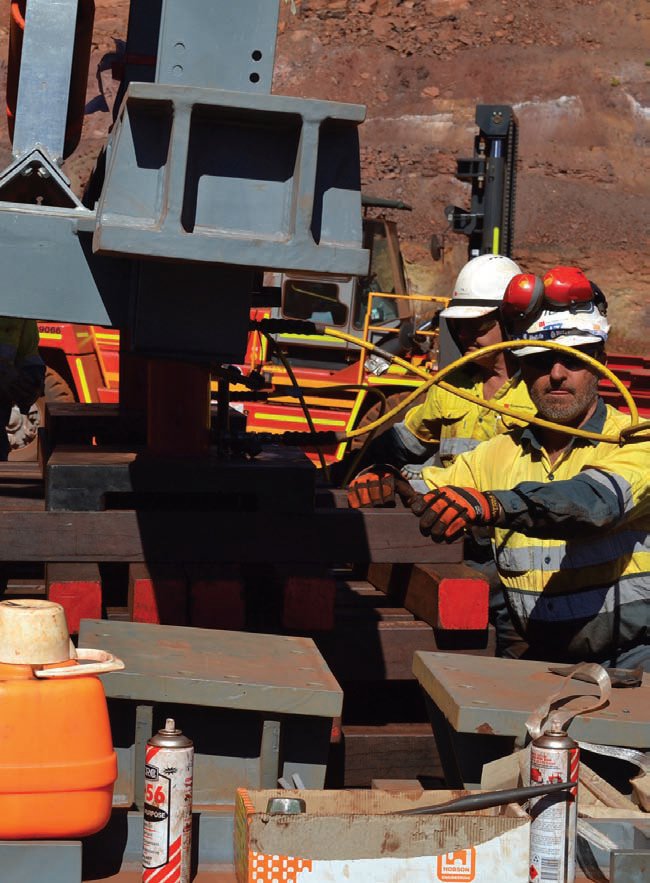