Spanish crane operator Grúas Rigar has relocated one of the three tower cranes at the Sagrada Familia in Barcelona using a Liebherr LTM 1500-8.1 mobile crane.

Work started on the construction of the Roman Catholic basilica, Sagrada Familia, in Barcelona in 1882. The church designed by Antoni Gaudi still has not been completed.

Current plans are to finish the structure in 2026 to mark the 100th anniversary of Gaudi’s death. At that point, the Sagrada Familia will be 172.5m high – more than 11m higher than the current highest church tower in the world, Ulm Minster in Germany.

Despite the fact that the road was closed, the Grúas Rigar team had very little space available to deliver the eight-axle mobile crane and its accessories. Using 165t of ballast and a 70m luffing jib, it dismantled the tower crane and later reassembled it at a different location. 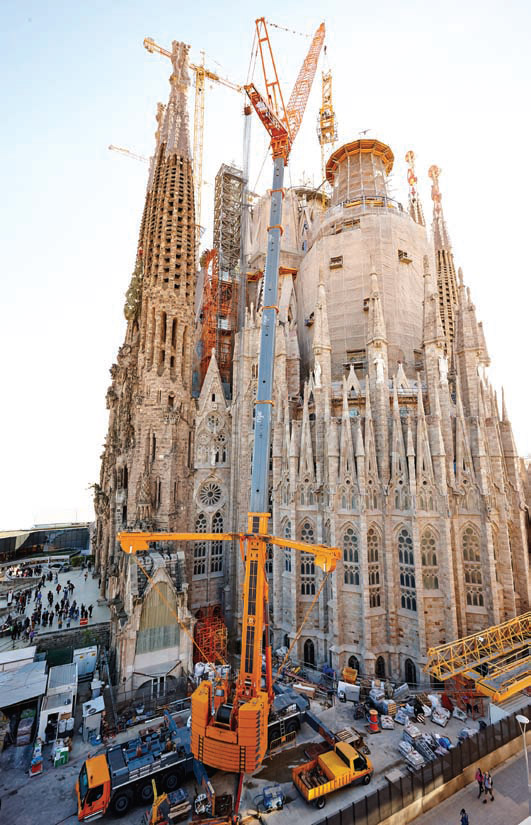 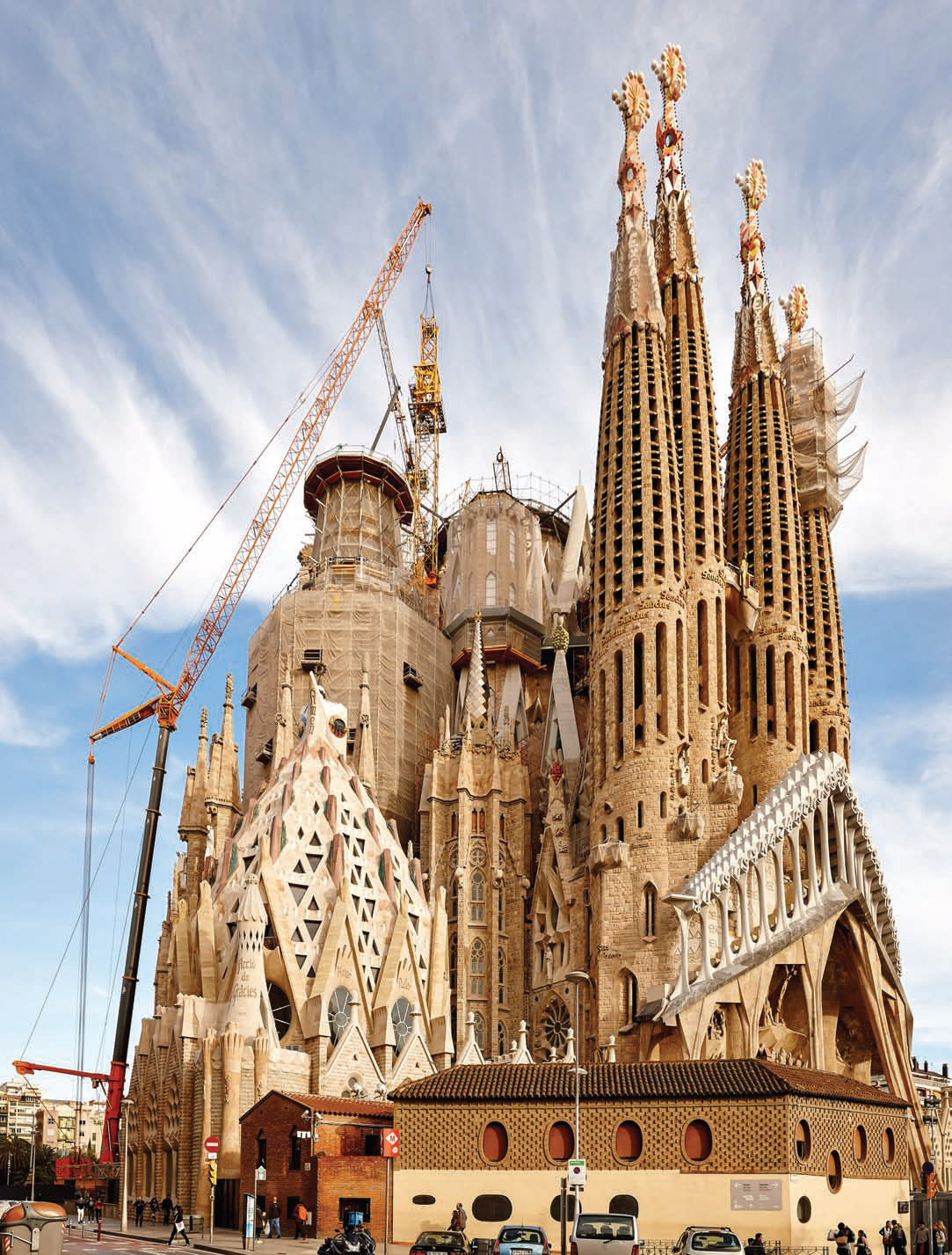 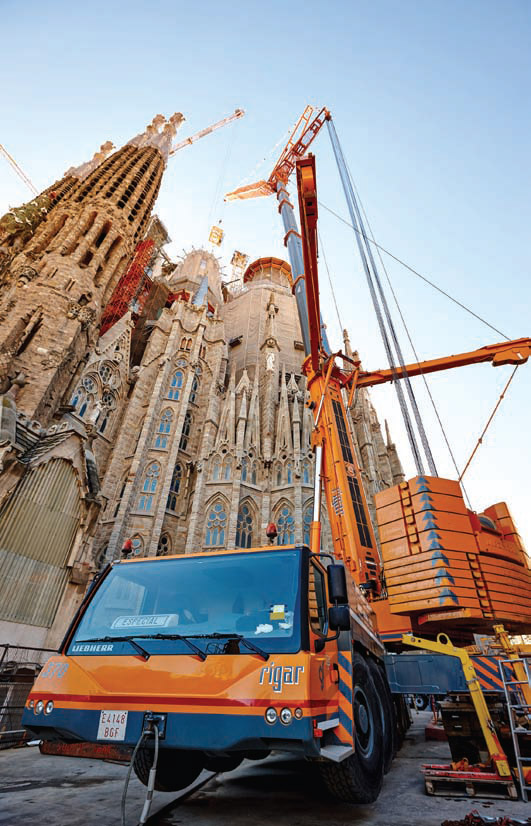 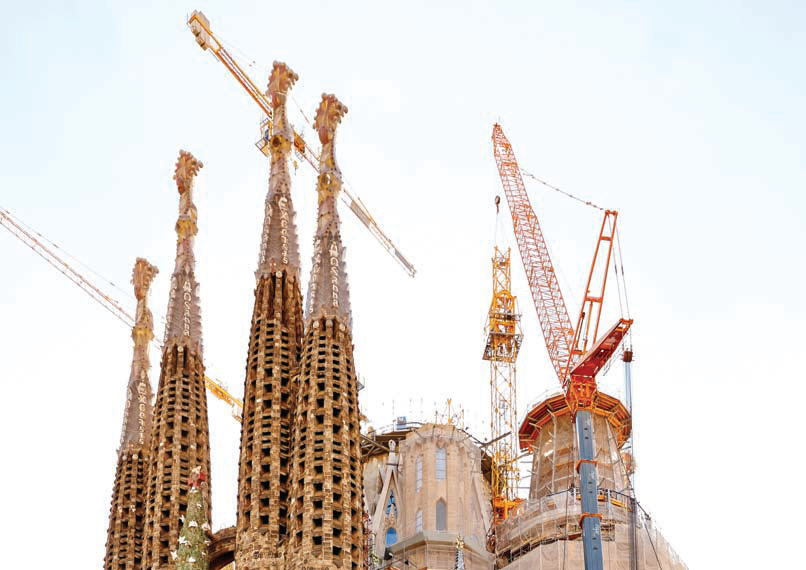 The Liebherr mobile crane dismantling a tower crane at the Sagrada Familia.