Between the crane and the load comes the device that attaches the two together. Julian Champkin finds they are many and varied.

Elebia, for example, are well-known as manufacturers of specialised and automatic hooks. Automatic hooks bring safety and efficiency benefits, especially for specialised applications and difficult environments.

The NEO100 is their newest lifting hook, and is also their biggest yet, capable of lifting up to 100t with a 4:1 safety factor. It can be used with oversized lifting points of up to 180mm diameter. Its fail-safe design makes it, they say, impossible to drop a suspended load.

In operation, the open hook is brought near to the load; a trigger makes contact with the load and releases the mechanism of the closing operation. The trigger recognises when the hook is in the closed position, whereupon it latches automatically. An LED on the hook gives notice of its status, changing from green (open), to red, (intermediate state, warning not to lift), and finally to blue (closed). Once the indicator is blue the load is ready to be lifted and transported. The LED can show white, which indicates a low battery on the hook. The battery is high capacity, and normal charges on it are shown by a 14 segment E ink display. When the NEO100 is in Smart Nap Mode (which can be set by remote control), its electronics and LED indicator will not activate themselves until the hook has made contact with the load’s lifting point, which improves the battery’s efficiency and energy consumption.

The electronics can be configured so that when the battery charge is below a preset level the hook can only be opened. With this threshold, even if the battery is almost discharged it will always be possible to open the lifting hook and release the load.

An optional feature is an integrated load cell which causes the LED to flash when the load is within 1% of the working load limit. Elebia also offer their NEO 20, of 20t capacity; a slimmer version of this called the NEO20 S.

Gigasense is another manufacturer of automatic hooks. “Ours are completely mechanical,” says MD Marie Samuelsson. In these days when digital seems to rule everything, that is unusual; but it brings advantages. “As it has no electrical components or connections, you can use it in liquids,” she says. “For example, applications can be for laying a pipeline on a lake bed or the sea floor. It is used a lot in galvanising, where fumes make it inadvisable to have people nearby to unhook a load. It is also used in water drainage and sewerage work, for the same reasons. And, perhaps unexpectedly, it is used also in the glazing industry, for handling delicate frames.

“The hook latches on to a load automatically to lift it. Once a load is suspended on the hook, the hook will never let it go; it can swing back and forth perfectly safely with no fear of accidental release. But it releases the load automatically on safely setting down.

“The load can be put down without release—to pause while the setting-down site is prepared, for example. Two factors have to combine to release the load: first, the hook must be completely free of load, with no weight upon it—the load must be taken by the ground or the setting-down surface; and second, the hook must settle to an angle of 50° or less, which cannot happen until the hoist rope is slack and is not under tension. Two springs operate the mechanism. They are replaceable if required.”  It comes in capacities from 2t to 27t.

The construction industry has many needs that call for more than a simple hook at the business end of a lifting rope. Concrete buckets are an example.

Pouring concrete for an upper storey of a highrise requires the load to be lifted, a hose or lip positioned, and the bucket tilted or a valve opened to release the slurry, all at heights that increase as the building grows. Italian company Boscaro is a specialist. “Our concrete buckets can be divided into three main groups,” says sales director Enrico Pistore. “They can be central and side unloading, or equipped with a rubber outlet hose, or they can be laydown buckets.

“It permits a very flexible job,” says Pistore, “as it can be fitted with the side chute or with a fork-liftable base with rubber hose.” Capacities range from 150 to 4,000 litres.

The Boscaro company’s focus when it started was on pallet forks for cranes, used for loads such as joints or roof panels. 40 years later they are still one of its most-sold items. Boscaro’s catalogue today has around 20 models of forks, of capacities from 600kg to 6t. The standard models are suitable to be used with a crane or on a truck and can be fitted with fixed or mobile pins, with fixed or adjustable height and with manual or automatic balance with springs. One of the more original in the range is the aluminum fork, intended for low-capacity cranes. The light weight of the fork allows an increase in the weight of the useable load. Self-dumping bins, lifting clamps and spreader bars, tool boxes and man baskets are other products on offer.

Boscaro’s products are involved in some of the world’s biggest construction projects such as the extensions Metro in Santiago and in Dubai, the renovation of the Canadian Parliament in Ottawa, the construction of the highest skyscraper in South East Asia and the City Rail Link in Auckland.

For large and heavy lifts, lifting beams and spreader beams are an essential. Superficially similar, they in fact work in different ways.

A lifting beam generally hangs from a single hook at its centre and supports the load or loads from lifting points at each end of it. The loads tend to bend the beam, which therefore must be strong enough to resist bending moments.

A spreader beam hangs from hooks at each end, from two ropes that slope up to the hook on the crane. Again the loads hang down from it, generally from each end of it, but this arrangement means that the beam is mainly working in compression, with little or no bending involved. The bending/compression difference can call also for differences in design.

Spreader beams used to be one-piece units. They now also come in modular versions, with bolt-together sections that can be combined to give different lengths of spreader to suit different loads.

Dorset company Modulift can claim to be the inventors of the modular spreader beam. After significant development and testing they have now made major improvements to their adjustable spreader beam, MOD CLS, so that it can now lift up to 27t.

It also has a new and improved clamp system, which allows lifting from multiple points. The clamps are pre-assembled, with a redesigned safety mechanism which makes it easier for one person to operate and to slide and safely lock into place. In testing trials this has been done in under a minute.

As a direct response to requests from their customers Modulift have also developed two new below-the-hook attachments.

The first is an adjustable modular lifting beam, which differs from their premium spreader beams in having multiple pad eyes along the top edge, so the beam can adapt to lift various weights and sizes. It is available in three sizes, Light (up to 50t), Medium (up to 170t) and Heavy (up to 240t).

The second is a new drop link to attach to the ends of their Trunnion lifting beams, to make it easier to attach a sling. The link requires only one top shackle, not two, which is quicker and safer saving time and money. It works with flat webbing slings up to the MOD50 and wire rope and synthetic slings up to the MOD110. It is compatible with Modulift spreader beams from MOD6 up to MOD110 with a capacity of up to 55t.

We spoke to Britlift managing director Liam Botting just after the successful test. Understandably he was feeling pleased. “The test bed itself is our own design and fabrication. It can be reversed for tensile testing as well as for compression. It’s a huge asset for us to have and of course it makes any testing for our customers cheaper.

“The test bed was not built for this project specifically, but it was finished in time for the beams to be tested on it (witnessed by DNVGL), and it went really well. The beam passed with flying colours. Unique Group have ordered two 1350t beams from us, destined for Unique Group US and the Netherlands.

“The 1350t beams ordered by Unique Group will be used for their large-capacity load testing business. Typically, they test the cranes of large ships, usually at a dockside and the spreaders they have purchased will allow them to hang double the amount of load bags from the crane hook, allowing larger load tests.”

“Other applications for the modular spreader beams are in skid lifting, break bulk loading, and offshore gas and wind. For some users fixed length beams may be appropriate: they are cheaper than modular ones, though modular units are lightweight and easier to transport, store and available off-the-shelf.

Britlift also offers telescopic spreader beams, which are slightly heavier than their modular equivalent, but offer maximum adjustability and ease of use.

How you lift an awkward load will depend on what exactly that load may be, you want to lift, but whatever it is there are certainly attachments made that will do the job. 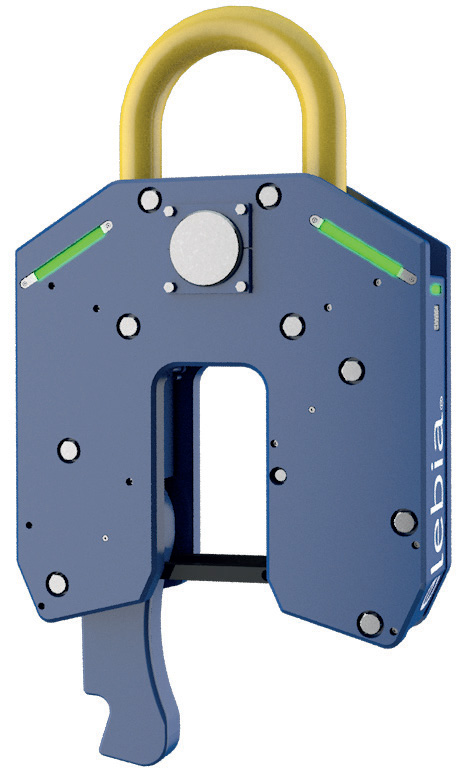 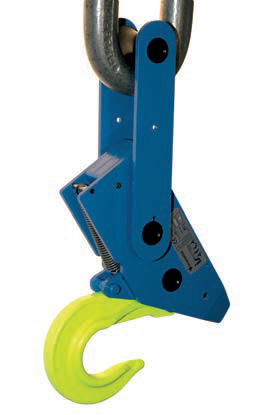 The Gigasense automatic hook, open and… 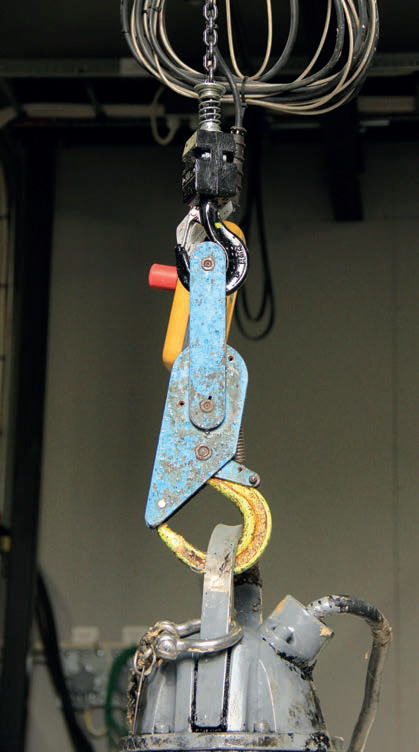 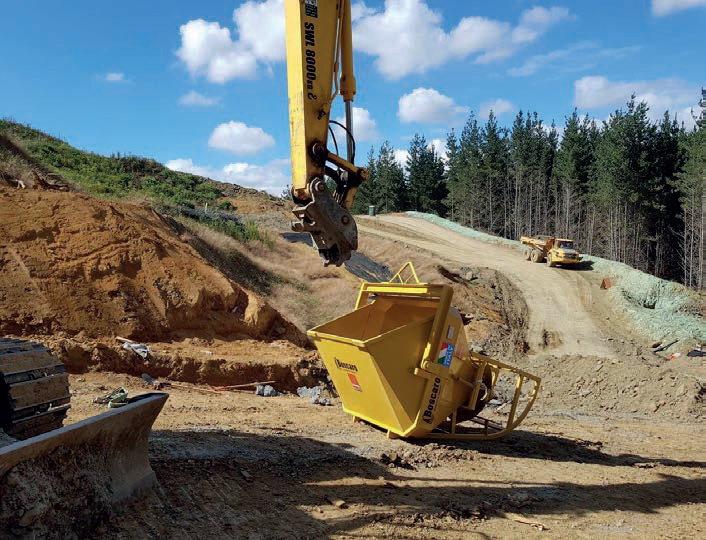 A laydown concrete bucket from Boscaro 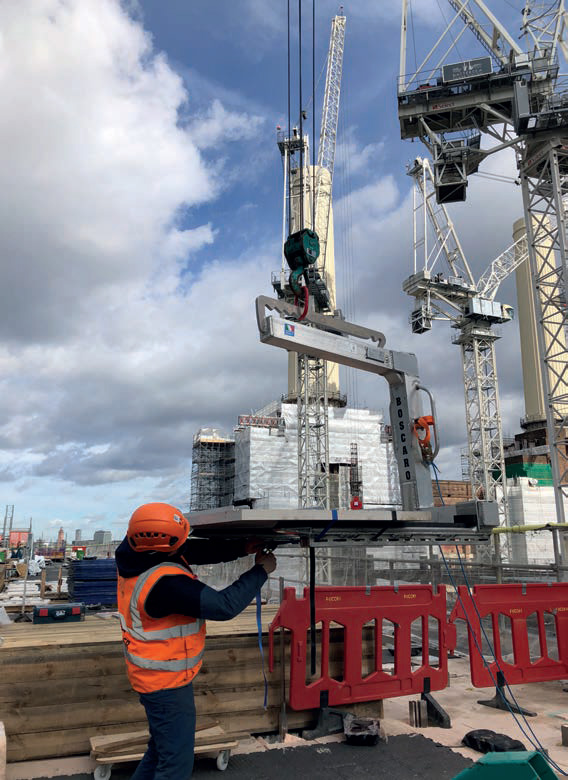 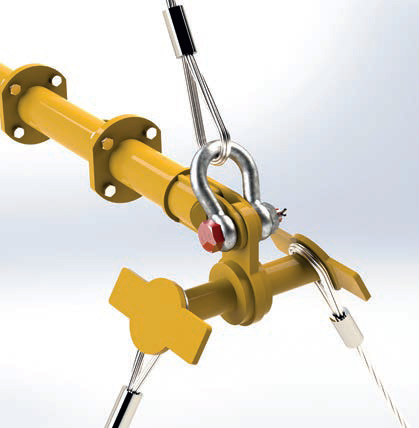 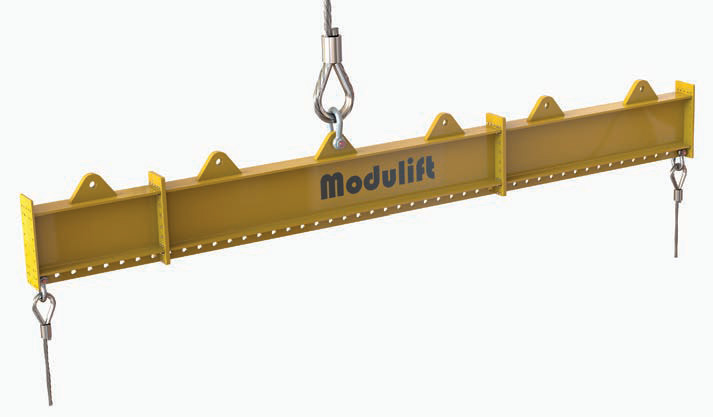 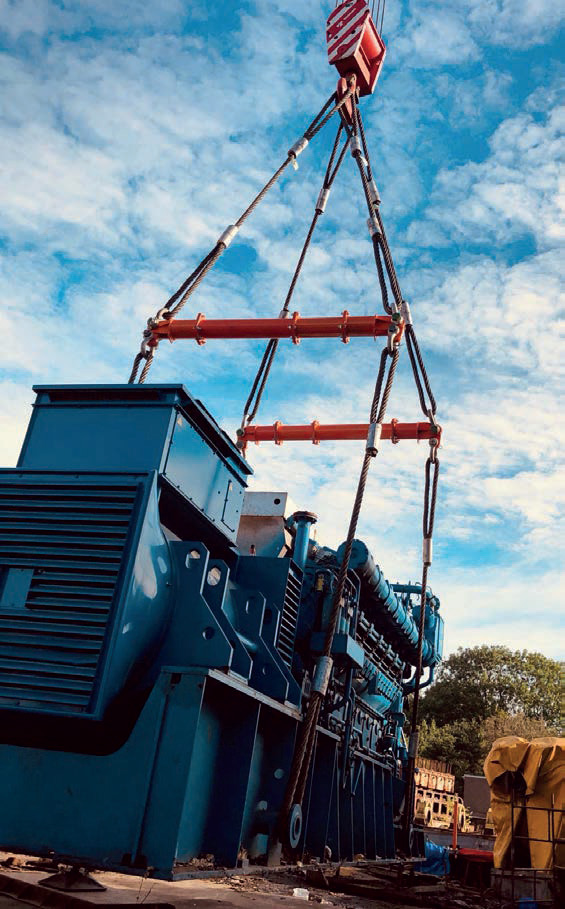 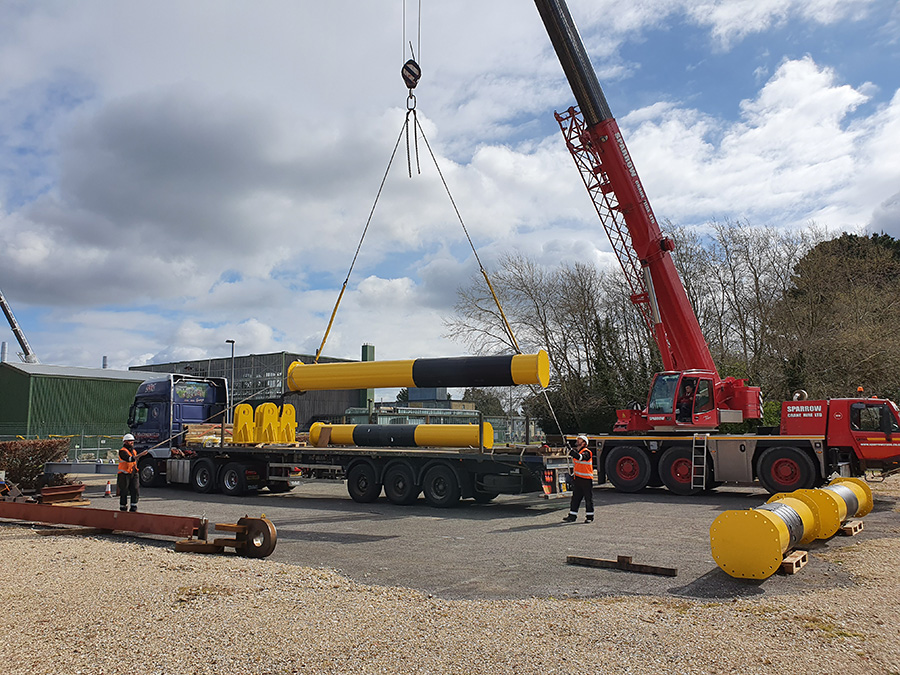 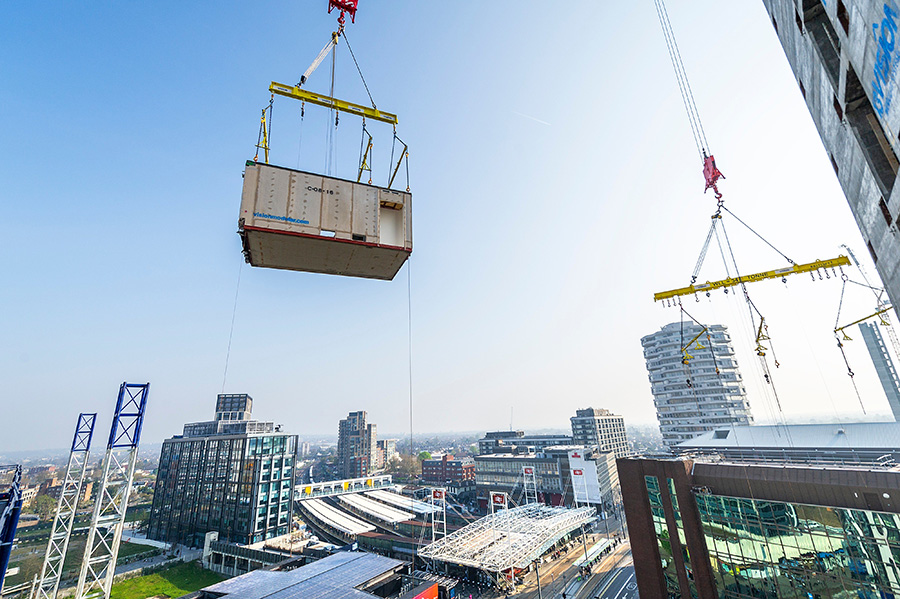