At Bauma will be the world premiere of Faymonville's BladeMAX, the transport solution for the new generation of wind turbine blades.

With a load-moment of 650tm, BladeMAX can move the latest mega wind turbine blades. Rotor blades can be picked up, erected up to an angle of almost 90°, swivelled and rotated by 360° around their own axis using the adapter, which is mounted on a self-propelled vehicle or between modular axle lines. It features the patented Roto-Translation. Thanks to this levering device, the centre of gravity remains considerably more stable than with conventional devices when the blade is moved from the vertical to the horizontal position.

Greater handling stability is also guaranteed with the patented stability control system. The BladeMAX works without the use of counterweights weighing several tonnes.

On display will be various other products, among which the 4+6 CombiMAX combination with excavator deck and a six-axle MultiMAX semi low loader.

From other Faymonville brands, there will be a six-axle Cometto self-propelled vehicle with power pack from the Evo3 series, while the BladeMAX is mounted on a Cometto six-axle MSPE 48t. From MAX Trailer there will be the MAX100, MAX 410 and MAX600.

At Bauma, TII Group will present a number of innovations for the wind power industry. One of these is the wind turbine blade adapter with a positioning angle of 70°. This is now in the third generation with an improved payload moment of up to 610 metre tonnes. Presented for the first time will be the wind blade transporter, capable of moving blades longer than 80m.

Tiiger, one of the vehicle brands of the TII Group, will present the newly developed Tiiger SD modular heavy-duty transporter. On display will also be the EuroCompact, a light and compact low-bed trailer, which—among other things—can be used to transport construction machinery, transformers or plant components. Its U5 version will also be presented, whereby the centre distance has been optimised to 1,500mm.

In addition, TII Group will be presenting its SPMT and SPMT Light success stories at the Bauma with a live show. The modular, self-propelled vehicles can handle every conceivable transport task, from light goods to heavy-load transport of payloads up to 17,000t. The SPMT Light is also available with electric drive, with an 86t payload, with which the vehicle is driven emission-free and noiselessly.

Following the introduction of MPA technology (Bauma 2013) and the innovative Addrive system (Bauma 2016), Goldhofer will this year again be presenting a technical innovation that will have a significant impact on the industry. The vehicle concept to be unveiled at the start of the trade show offers users a completely new standard of precision, safety and efficiency.

In addition to this premiere, Goldhofer will be presenting an overview of its current extensive portfolio. That includes the TU 4 four-axle trailer for transporting construction machines weighing up to 31.8t, which comes with a new drawbar and improved ramp operation for enhanced safety and ease of working.

Other exhibits will be: the Allrounder with its flexible loading concept, the new STZPK 8 low-loader semitrailer of the ARCUS label, further developed and enhanced versions of the vehicles that made their debut at bauma in 2013 and 2016, THP modular heavy-duty trailers, PST self-propelled modules and the Faktor 5.5 high girder bridge.

Another new product for the wind power sector is the Ventum, a fivefold extendible flatbed semitrailer with a maximum length of 72m.

Enerpac has designed its stand in such a way as to showcase a wide range of its products.

One of the new products that will be showcased is the SL200 Super Lift hydraulic gantry, which has a maximum lifting capacity of 200t and features a two stage lift cyclinder with a maximum lifting height of 6.7m.

Designed for safe lifting in confined or limited-access spaces, it is easy to mobilise and demobilise and includes self-contained hydraulics allowing quicker and safer deployment.

It comprises electrically-driven trolleys which can carry heavy loads along a fixed rail system.

Another new innovation that will be at the stand is the SCJ50 50T Cube Jack. It is designed to provide an alternative to traditional climbing jack systems and works in a similar way to Enerpac’s current jackup system but without the necessary electrical controls.

The manufacturer says this product offers contractors a safer alternative to jack and pack with wooden cribbing. It also has a significantly smaller footprint, providing heavy lift contractors with a more stable lift up to 2m and where space is restricted. 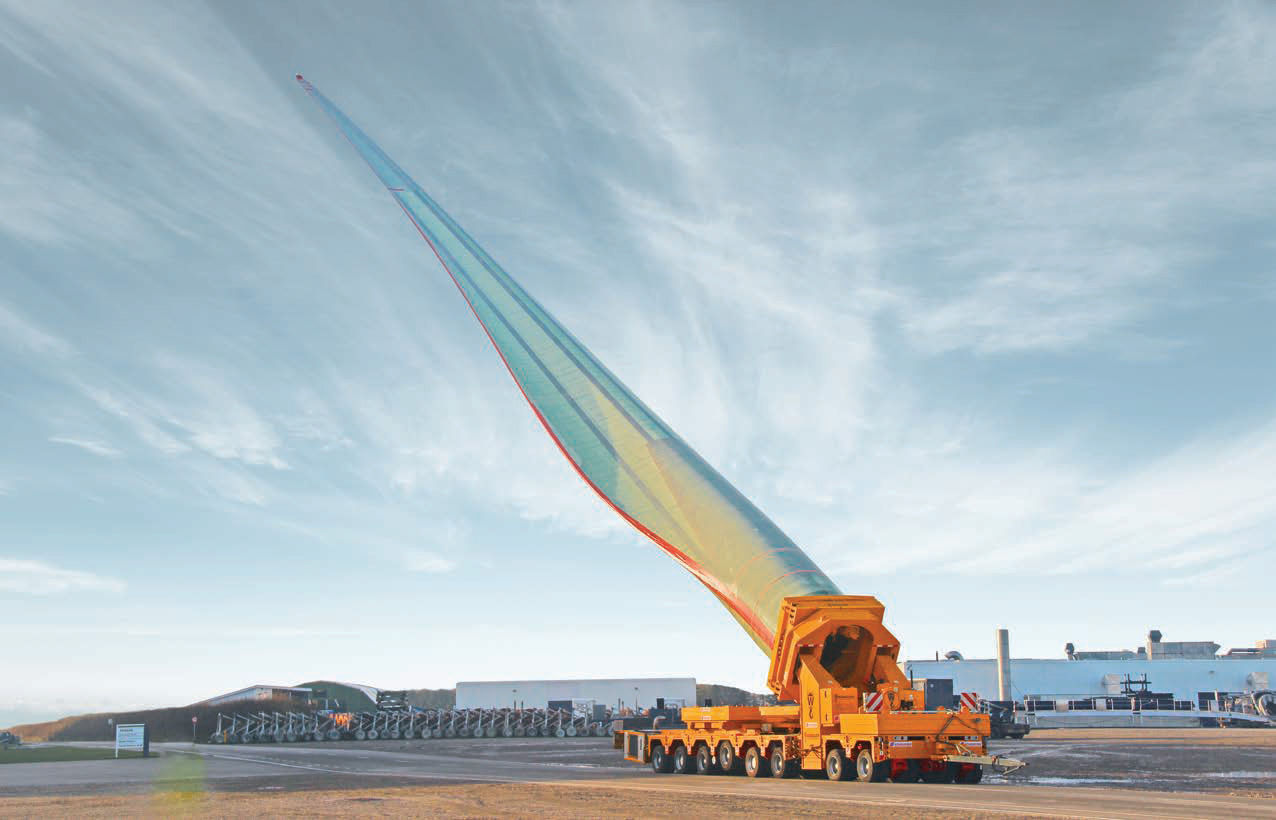 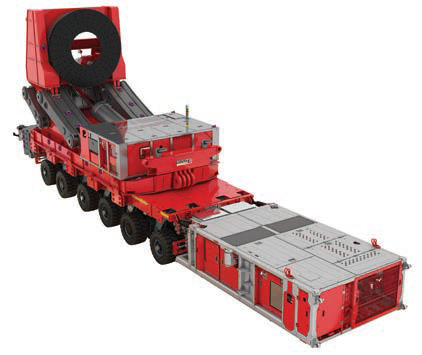 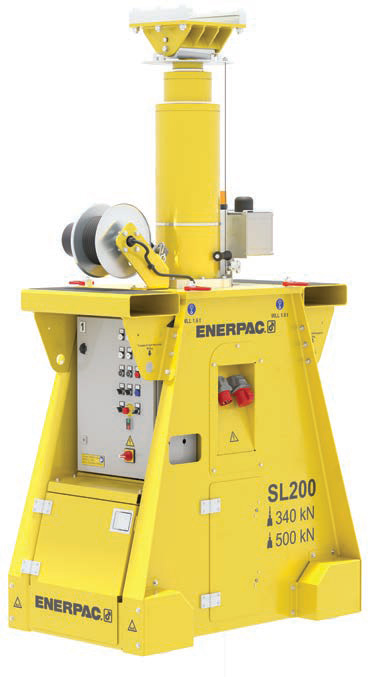