High power on a slim tower

Level 10 Construction is using a slim but powerful Wolff 700B on hire from Maxim to build one of San Francisco’s tallest buildings, 181 Fremont Street.

Bought specifically for the job by Maxim, this is the first time a Wolff 700B, launched in 2010, has been used in the USA.

The project required a crane with very high lifting capacities covering a wide working radius and fast line speeds, while at the same time being as space-saving as possible.

The heaviest lift on the site is a mega support column weighing just over 100,000lb set at a 46ft radius. But the crane also has to handle heavy loads further out due to the exoskeletal design of the high-rise using heavy steel support columns on all six corners of the building.

The Wolff 700 B stands on a 7ft 7in wide tower, allowing for transport on regular trailers without any special road permits required.

The fully electrically operated crane is equipped with a stepless frequency controlled drive, boosting energy efficiency, compared to both electric cranes without FC drives and, even more so, to diesel-powered cranes.

The crane's 25m 3in counter jib, originally developed for the installation of wind turbines but now offered as standard, allows for close positioning to the building.

The Wolff 700 B is also spacesaving during assembly. Wolffkran's patented counter jib keeps component weights low, so smaller mobile cranes can be used for the assembly. Preassembly of crane components before arrival on the site reduces assembly time. The 700 B here was completely assembled in just three days.

The Wolff 700 B will be climbed externally alongside the building to a final tower height of 764ft (233m). By using the slender but sturdy Wolff HT 23 tower sections the crane will only be tied to the building ten times. 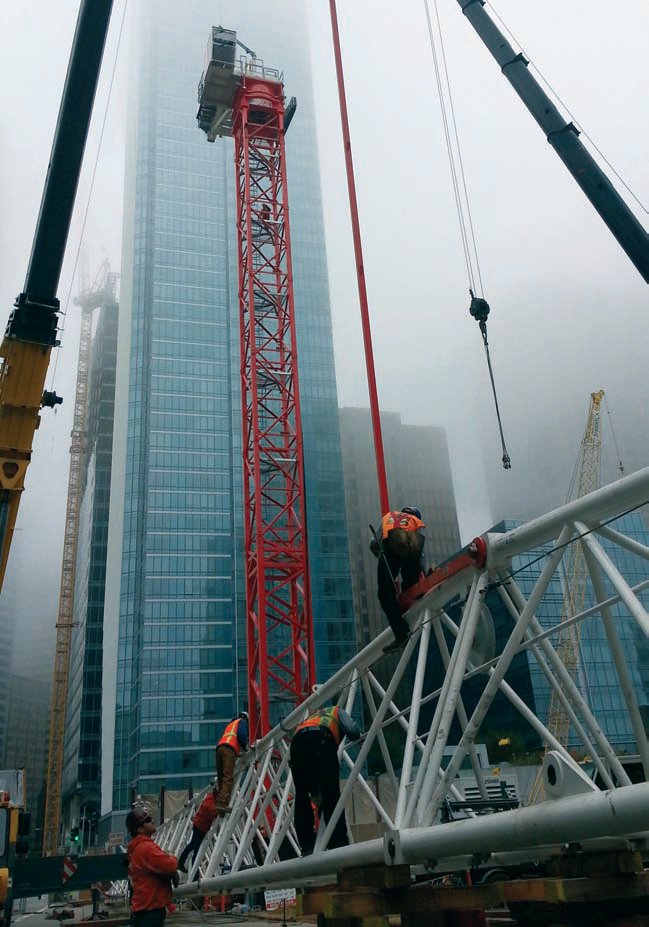 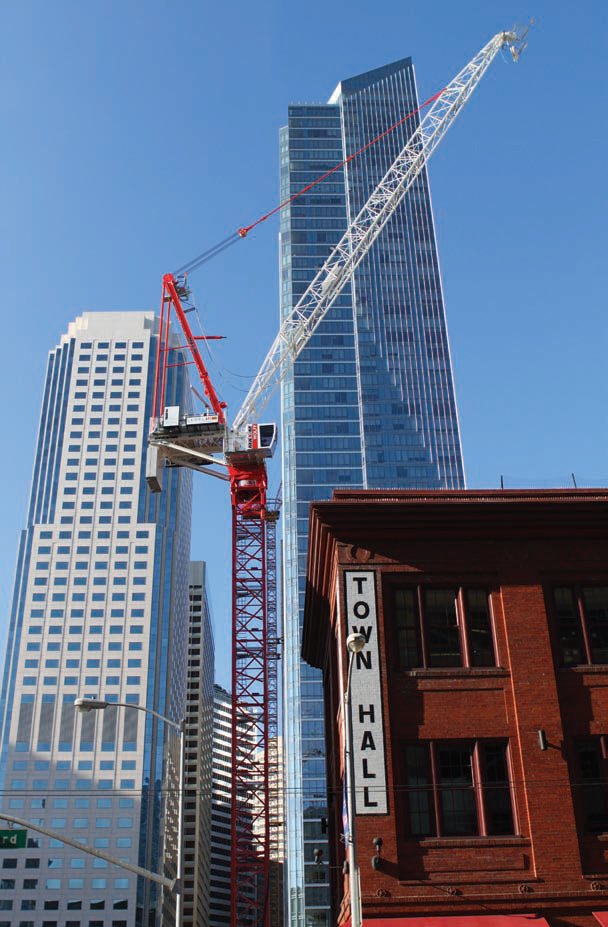