Easy setup made two Terex flat-top cranes an ideal choice for Proschwitz, on a job for Köster in Hamburg’s busy and cramped St Pauli Landungsbrücken Piers.

The first challenge was the lack of space. Getting the cranes from Proschwitz's headquarters 35km away with 13 trucks with minimal disruption was already a logistical challenge. Despite this, Proschwitz was able to erect the cranes on time, with each taking only one day and three technicians.

The cranes' variable frequency drives, which guarantee low inrush currents, protected the city grid from unmanageable voltage fluctuations. "If there was one thing we really didn't want to do, it was to leave the Landungsbrücken Piers without electricity," Detlev Proschwitz says.

The Proschwitz team erected a CTT 91-5 free-standing on a C38 cruciform base, and a CTT 161A-8 flat top tower crane on cast-in-place anchors. With a jib length of 40m and a hook height of 49.5m, the CTT 161A-8 was perfectly set up to lift construction materials weighing up to 4.15t from the jib tip. Its maximum lifting capacity was 8t.

At the end of the job, the cranes needed to be disassembled quickly, as the port's anniversary celebration and the Hamburg Marathon were just around the corner. The limited space meant the CTT 91 could not be dismantled with a mobile crane.

Instead, the crane had to be broken down into small components, so the larger CTT 161 could take it down.

"The option of being able to disassemble the slewing unit came in really handy," says Proschwitz.

After the CTT 91 was dismantled, the CTT 161 was disassembled in six hours with the help of a mobile crane. 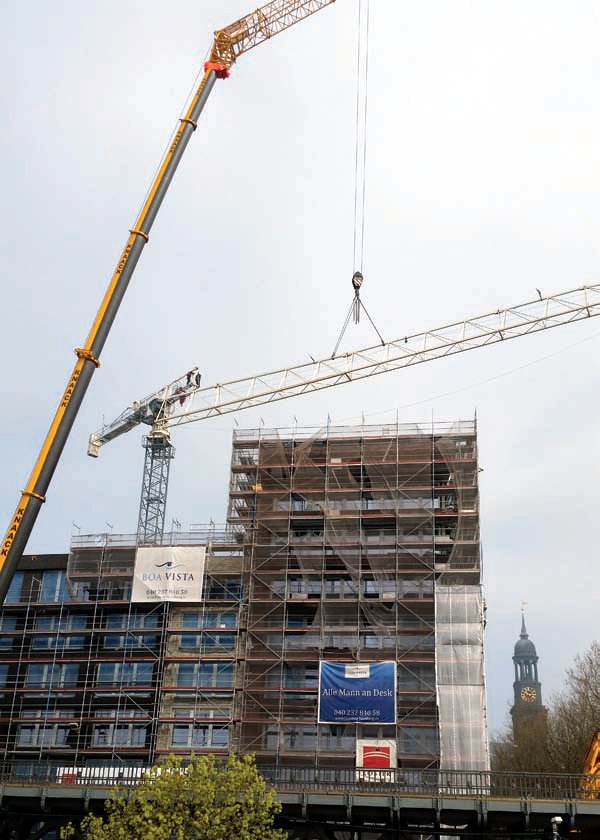