***
This article has been amended since publication to correct an error. Contrary to a quote attributed to one of the speakers, Tadano's new truck crane, the GT-600 EX, sold in Australia, uses a carrier designed for the Australian market, built by Tadano in Japan.

Asian crane producers hit by recession
Several speakers noted that the Chinese economy has taken a dip, at last touched by economic uncertainty that chokes the US and Europe. Nonetheless Chinese crane manufacturers are still planning on expanding and improving services.

Nevertheless, the US and Euro financial crisis has at last reached Chinese crane exports, causing them to slow in 2012.

"Quite a sharp decline in domestic sales of truck cranes is occuring in China. Down about 30%, but still better than year 07-08," said Hanson Liu, assistant president of XCMG, manufactrer of cranes in China.

It is building a new plant in Brazil, and globalizing its operations not only through its own direct investment but also through the deals like Schwing, Liu said.

Liu explained how the Chinese government has spurred its domestic growth in the last 10-20 years through implementing a reform, opening markets, and infrastructure construction.

It approved dozens of infrastructure projects such as subways and highways representing $157.6bn USD investment over four years and $1.11trn USD from the central government. It will be building 23 new metros and rail tracks in China.

This funding for Chinese infrastructure construction is needed, Hanson says.

"The unbalanced development can be observed between the east and the west, the rural and urban areas in China.

"So there shall be a lot of room for development of China in the future, and we are confident of the construction machinery market."

Infrastructure demand is a driver of crane demand not only in China, but in fast growing markets all over the world, Liu said.

Data shows that the next 11 manufacturing bases will be Bengal, Egypt, Indonesia, Iran, Mexico, Pakistan, Philippines, Korea, Turkey, and Vietnam.

"People there say, 'Where is our metro, where is our bullet train?' This kind of effect will have an impact on infrastructure investment of many nations," said Liu.

Growth in Venezuela created demand for a huge shipment of 6025 XCMG units.

In the run up to the start of XCMG Europe, Hanson said that European sales do not yet meet XCMG's expectations because of the European debt crisis.

Poland is one exception. "It's a very good market for XCMG, XCMG is the market leader there," said Hanson.

Addressing a dealer's query about service availability abroad, he said XCMG is working to provide quality products and service as per international standards despite its emphasis on product function in the past. "The devil is in the details. In the past manufacturers paid the most attention to the function of the hardware, because in my memory limited production in China was never enough for increased demand 30 years ago.

"But the whole picture has totally changed after 30-years of reforming. We are trying our best to catch up with the demand of customers all over the world."

XCMG has a leasing program in China. Hanson said, "We are thinking about strategies to collaborate with local finance and leasing companies in overseas markets."

Australian dealers get squeezed
In Australia, devaluation of the US dollar made American cranes cheaper for local buyers, decreasing the demand for cranes made in Germany and Japan, where the currency remains relatively strong.

According to David Potter, managing director of Australian Crane and machinery, low rental rates affect the spread of imported cranes, and make it harder to turn a profit.

Australian Crane and Machinery deals crawler and city class cranes for Kobelco, and represents XCMG truck cranes, among others.

"The dealer principal is squeezed by the OEM to sell more in a market which is being undermined by the OEM, either by direct selling to overseas based companies who import the units, or provide FOB pricing via the internet," Potter said.

As Chinese products become more popular in Australia, Potter explained, there is a growing demand to develop after sales and support for these products to boost their local expansion.

"Dealers have to supply all the after sales free of charge, and that's what makes it hard for a dealer like us."

"[Manufacturers] are going forward to chase a world market and the rest has to follow, the rest is the operators manuals, the product support, and paperwork.

"Shipping documentation is difficult. The warranty procedure is non-existent, at the moment they sell at a cheap price FOB," he says. "With Chinese manufacturers we have to translate sales information in English."

"The dealer has to send engineering staff to the manufacturers to ensure the products comply with Australian regulations." He added, "The dealer is not just a dealer anymore, he's a pseudo manufacturer."

Dealer troubles in Australia have led to a rapid dealer turnover rate undermining Chinese expansion in the country, Potter said.

For some manufacturers, such as Zoomlion and Sany, this is evident, he says. Zoomlion in Australia has appointed its 3rd dealer, Sany's regional representative is its 4th dealer in six years, said Potter.

The disappearance of some Asian manufacturers from the market shows that it's a tough market to import into, Potter said.

"Kato and Tadano disappeared from the truck crane market in 2003 and 2009 due to Nissan removing itself from the carrier business. However both of these manufacturers are back." Tadano's new crane, the GT-600 EX, uses a specially-designed carrier, built by Tadano in Japan.

Potter says that low sales margins are hurting not only the crane suppliers but also the manufacturers importing in the region with expansion problems.

"P&H, and Coles along with several other brands disappeared into the abyss, competition is greater, and sales margins are falling. Some market areas can no longer support the operations which might require territory expansion or adding product lines," he said.

Dealing in Singapore
Singaporean officals, tightening regulations over the past year may lay claim to leading Asia in crane safety, but that means challenges for local crane dealers.

For example, one regulation requires that lattice booms be lowered overnight in the capital city.

This has put dealers in a pinch, particularly as it is a region where lattice boom crawler cranes in the 80t capacity range are popular.

Telescoping cranes, such as Sennebogen's all terrain cranes, might be a viable alternative, speakers suggested.

Dragages Singapore, a local branch of french contracting and industrial giant Bouygues, had to plan around regulations when using 30 tower cranes for works on a massive sports hub stadium project.

Manta Equimpment, a Manitowoc agent in Singapore, was the sole Tower crane supplier for the sports hub project.

Contractors want to send a message to Singaporean officals was that tower crane safety was not as simple as keeping under a certain height.

Nevertheless, Singapore's Ministry of Manpower reports a decrease in crane-related incidents and fatalities through expansion of the WSH Act (Workplace Safety and Health Act), under which it this year conducted 300 random inspections on cranes. 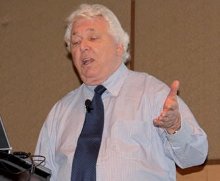 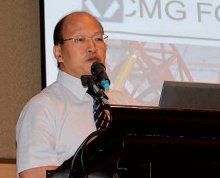