Lighthouse on the move

Shifting sands and coastal erosion from North Sea winds and waves are a serious problem in the area. It was inevitable that without relocation the iconic Rubjerg Knude fyr would collapse onto the beach in just a few years. BMS opted to lift and move the 700t lighthouse in one piece rather than dismantle it brick by brick.

The company inserted twenty-four high tension steel rods beneath the 23m high lighthouse. These were then attached to a custom-built steel frame with concrete anchors providing a platform for the lighthouse to rest on. Sixteen Enerpac HCR- 200 185t cylinders were then installed under the steel frame to lift the lighthouse.

An Enerpac EVO eight-point multipoint synchronised lifting system was used to control the HCR-200 cylinders and two 45t jacks used to push the lifted tower along a pre-laid track. The EVO system simultaneously controlled all the cylinders creating a highly accurate and synchronised lift. Accuracy was critical for moving an important piece of Danish heritage safely to its new home. The move was completed in just six hours.

“We needed a controlled multipoint lift that ensured the stability of the ‘Rubjerg Knude fyr’ lighthouse during the move, the Enerpac EVO multipoint synchronised lifting system is ideal for this and worked perfectly,” said Henrik Jonsson, department supervisor projects at BMS Krangården.

The 70m move further inland is expected to secure the future of the ‘Rubjerg Knude fyr’ lighthouse until at least 2060. 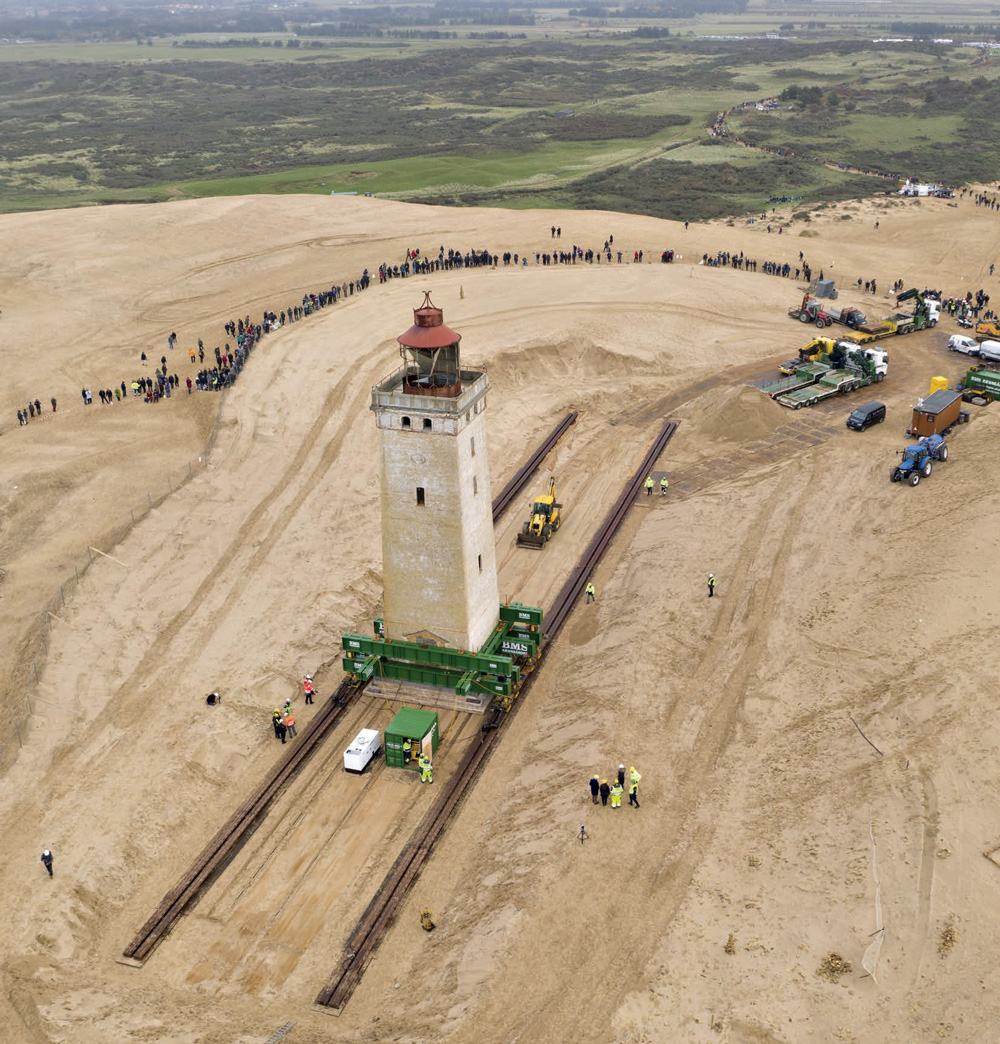 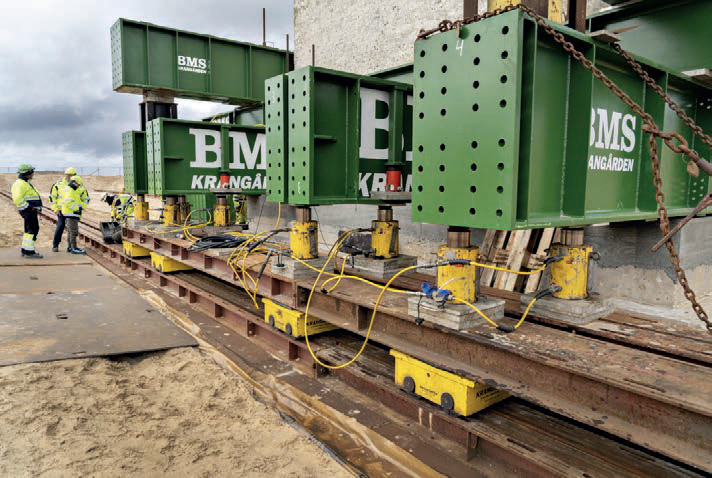