In the March issue of the magazine, we covered part of the construction of the Hisingsbron vertical-lift bridge in Gothenburg, Sweden, by the Skanska MT Højgaard joint venture. The article at the time focused on the lifting of bridge sections.

Despite the pandemic, the project has been progressing fast and in July the four pylons of the bridge were installed.

The vessel’s crane lifted and placed these loads onto a barge. The position on the barge and the lifting sequence was calculated in a way that all the lifts could be done without any ballasting during the loading onto the barge.

For the erection of the pylons, Havator mobilised a 600t Demag TC2800-1 lattice boom truck crane and a 130t Liebherr LTM 1130-5.1 all terrain. The cranes were positioned on the crossbeam at the north side of the river Göta.

The first items to be lifted were two counterweights. After the lift of the first one, the barge was turned 180° with the help of two tugboats, in order for the second one to be lifted. Havator’s LTM 1130-5.1 was tasked with handling ten 6.5t steel plates for each counterweight.

The TC2800-1 lifted and placed the two pylon bases. It was then dismantled and moved to the south side crossbeam. The same process was repeated for the installation of the other two pylons.

All the lift planning, including crane position, barge layout, and lifting sequence non-ballasting calculation, was done by heavy lift specialist Mogens Kjeldsen from MT Højgaard. After a year of planning and installation of more than 5,000t of steel, it was time to lay the middle lift span. The 662t span was transported from Sevilla, Spain to quay 107 by the United Heavy Lift Future vessel, contracted via Tschudi.

It was lifted from the ship onto a barge and placed on temporary supports. The barge was then moved by two tugboats to another quay for the lifting beams to be welded in the corners of the span and its deck to be prepared for a later asphalt paving.

To be able to get the SPMTs and lifting system under the span, Mammoet raised the span to 5.1m above deck level with lifting jacks. On the 31st of August the barge was moved between the two crossbeams and moored to the cofferdams. The lift span was raised on the barge to 14.8m above water. It was then moved by the SPMTs 40m forward in between the two crossbeams and was placed on bearings within 15mm out of position longitudinal direction to fit the guiding rails on the inside of the four pylons.

On top of each pylon, Mammoet placed 300t strand jacks, which raised the span approximately 1.5m to a position where the extension of the lift span against the crossbeam and the four guiding rollers could be mounted.

During the first weekend of September, the span was lifted approximately 20m to the final height. The installation of the lift span was planned by Mammoet. 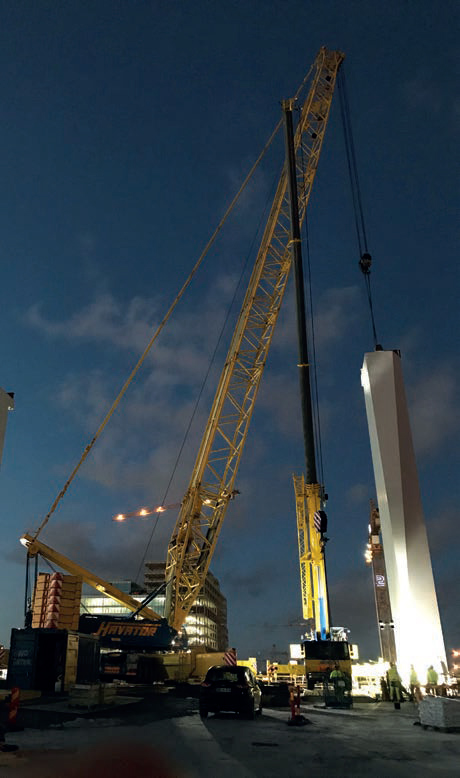 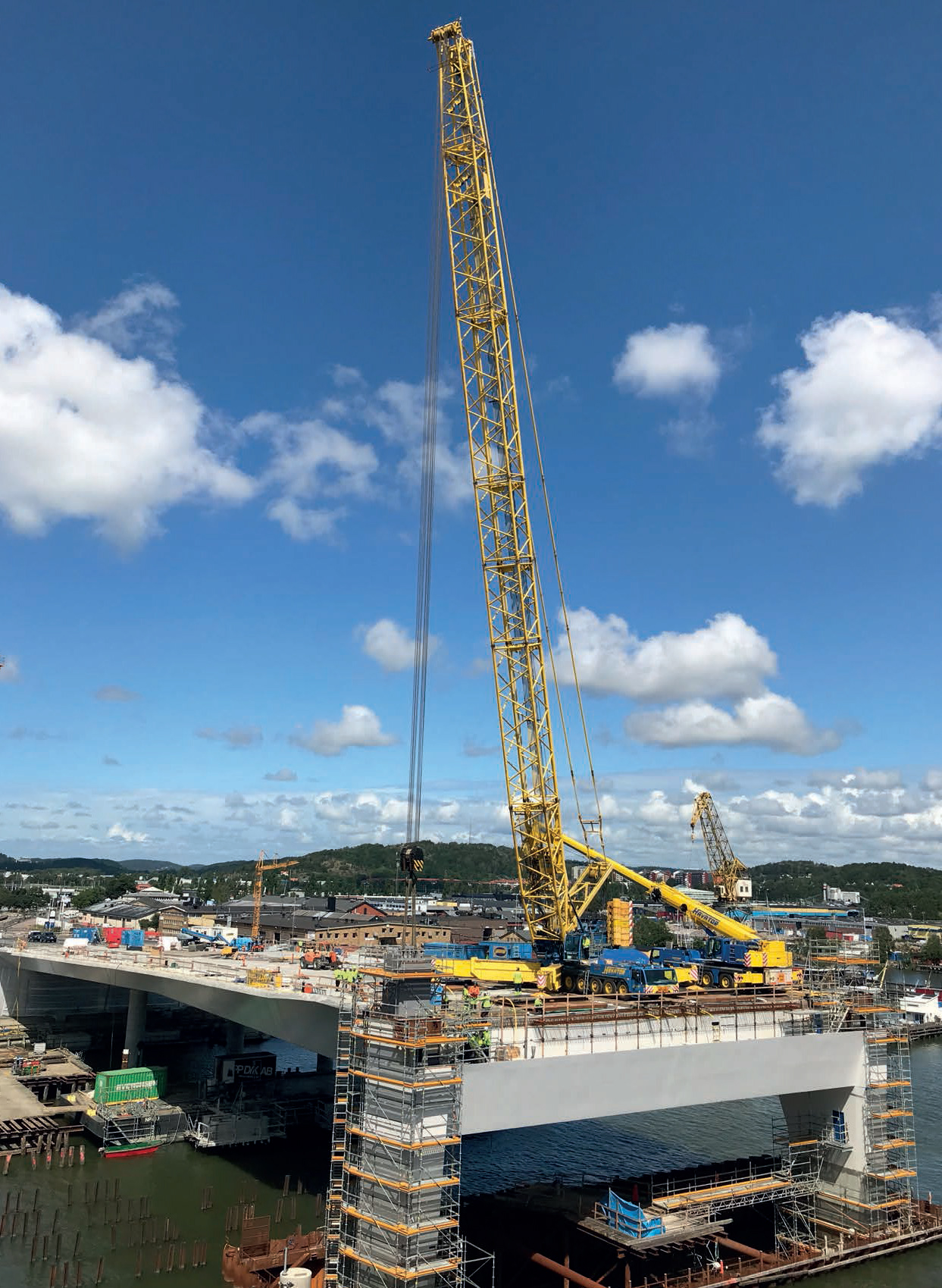 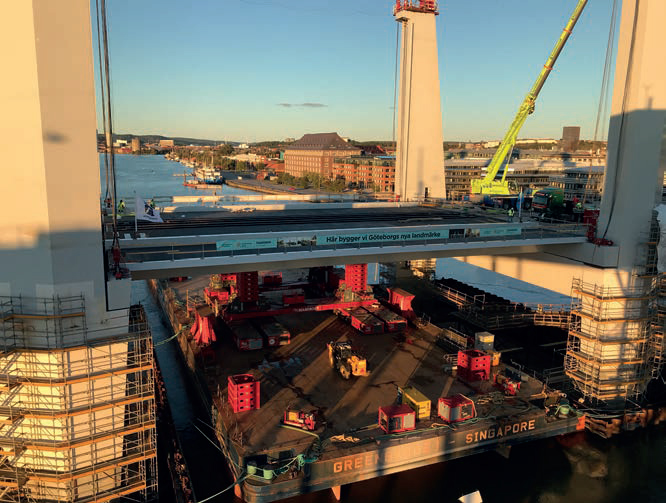