The company surprised Bauma attendees last year, when it had on display a prototype of a mini crane named RPG 2000. Palazzani developed that model further and the first crane model introduced to market is the RPG 2900, with the number indicating the maximum capacity in kilograms.

“The RPG 2900 has been developed after an accurate analysis of the market and of the different needs of our customers,” said Paola Palazzani, commercial director of Palazzani Industrie. “They were asking us for a versatile and high-performance product, equipped with specific attachments, therefore we decided to open a new division of products: Palcrane, the mini spider cranes that combine the characteristics of pick-and-carry with compact mini cranes.”

Roberto Parma, business development manager at Palazzani, explained that the progression into the crane market happened organically. He said that since the 1990s aerial work platform customers have been asking for winches to perform lifts, and that over time the capacity requirements increased.

The RPG 2900 offers a capacity of 2.9t at 1.5m, and 12.5m maximum hook height with its hydraulic jib plus 8.7m telescopic main boom fully extended. It has compact dimensions, 730mm wide and 3,090mm long, allowing it to pass through a regular access floor, while its low weight (2,600kg) enables it to operate on delicate floors.

The machine is made with SSAB’s Strenx high tensile steel and offers endless 360° rotation.

With hydraulic management, combined with a double standard motorisation (bienergy version), diesel engine and electric motor (single-phase or three-phase according to the customer choice), the RPG 2900 is able to operate both indoors and outdoors, on flat or uneven ground and on slopes or stairways.

Palazzani has equipped the machine with a number of features. The PALConnect Kit offers crane owners a remote connection service, through which they can locate the machine as well as record its performance.

“Another important feature is the CAN-bus system, which allows the operator to update software and change the performances of the machine based on the need of the job that he/she has to do,” said Parma.

The variable outrigger position provides flexibility in terms of positioning at the jobsite. Safety during operation is enhanced by the Area Manager system, a computer-controlled moment limiter (safe load indicator).

The RPG 2900 is a fully remote controlled machine that comes with a 4.3in display. “It can be completely operated by one person,” Parma highlighted. Palazzani has placed a QR code on the machine, through which end users can have instant access to manuals and tutorials.

He said that the pick and carry function differentiates this mini crane from others in the market. The machine offers three speeds, with maximum speed being 3.2km per hour. “The self-loading function is also important, the machine can load itself on the trailer due to its high ground clearance,” Parma added.

Apart from automatic hook, Palazzani offers a range of attachments for this machine such as forks, grabs, electric vacuums and harness chains. This makes the machine suitable for a range of applications including (and not limited to): construction, glazing, industrial moving, shipyard.

Parma tells Cranes Today that the company is looking into developing a special attachment that will turn the machine into an aerial work platform as well as a forestry clamp.

The mini crane market is very competitive, but Palazzani is confident that it will get a share of the market. Parma said that the RPG 2900 is competitive with other models of similar capacity both in price and performance.

The company is now looking for dealers specialised in the crane market, as not many of the companies in its existing dealer network sell cranes. Palazzani is planning to expand its range further, the next model will be the RPG 3700. This model will have a capacity of 3.7t at 1.5m and the lifting height will be higher than the RPG 2900.

It is currently undergoing testing and Palazzani aims to launch it in Spring 2021. 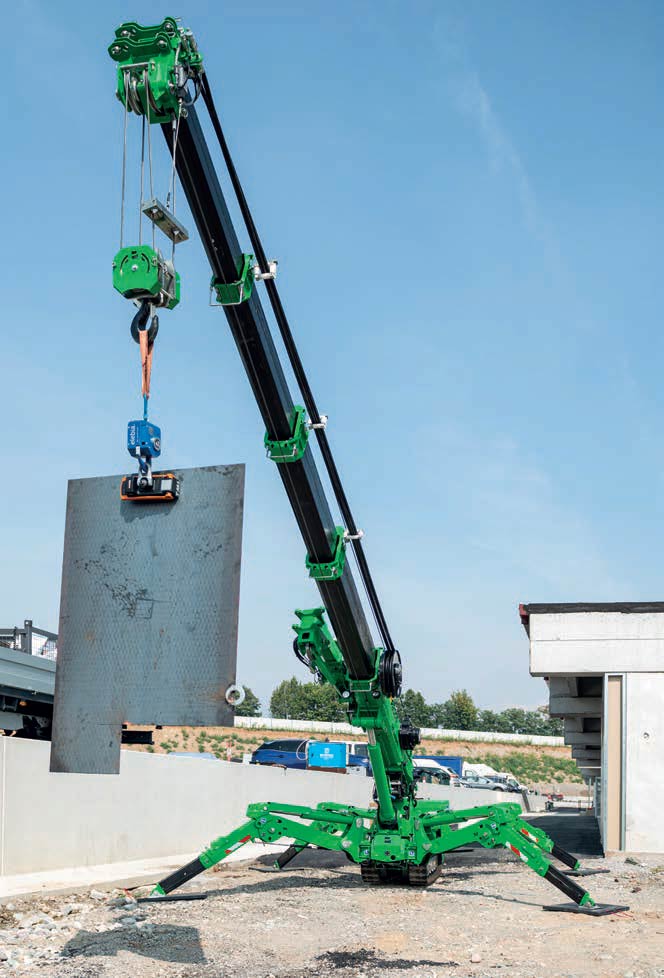 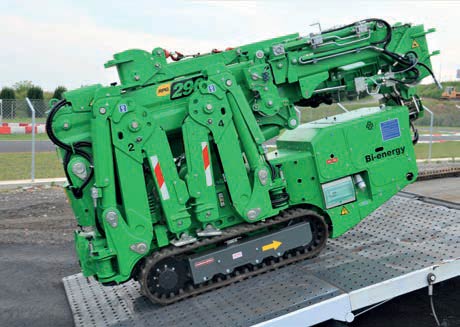 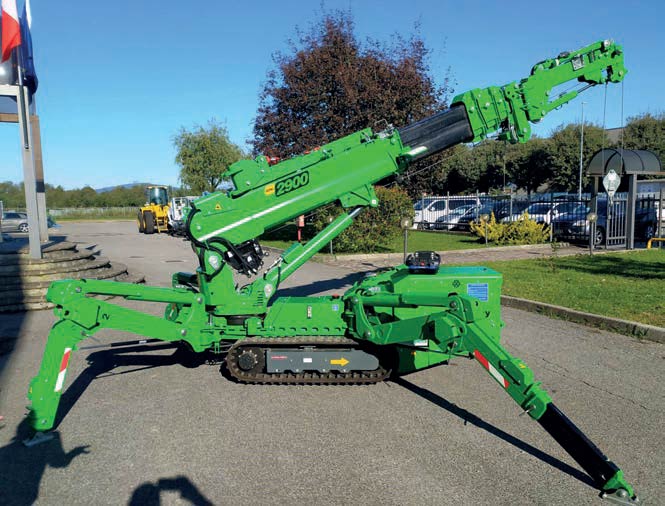