Ready for the boom

The boom truck crane market was negatively affected by the recent fall in oil prices, but spirits are high. Sotiris Kanaris reports.

For decades boom trucks have been an important segment of the US crane industry, having gained popularity through their robustness and reliability. Owners appreciate that these cranes, being on a commercial truck chassis, can go up and down the highway, completing numerous jobs in a day. However, manufacturers have not taken this market acceptance for granted. Over the years, they continued to innovate, enhancing the capabilities of these machines. David Kuhlman, senior sales manager, major accounts team at Terex, says that customer demand has driven the evolution of higher capacities and longer booms, with ease of operation and productivity as key requirements.

“For Terex, the result was the Crossover series X-pattern outrigger design which provides stability across the complete slewing range and performance by eliminating the need for a front bumper outrigger, lowering the overall center of gravity, reducing chassis torsion and extending its lifetime. “

The 80USt Terex Crossover 8000 features the X-pattern design, offering a 360° load radius. It has a 126ft (38.4m) main boom and pressure flow compensating hydraulics, and it does not require a front jack.

Cara Eccleston, marketing coordinator at Elliott, says: “Unlike conventional boom truck cranes that consist of a long subframe, flatbed, and boom stowage over the bed, the Elliott 1881TM features a five-section 81ft telescopic boom that stows over the front of the truck, leaving the rear open for the 5th wheel on the chassis, to be used for pulling a trailer for cargo. To maximize flexibility, the crane includes out-down main outriggers with full and mid-span capabilities, as well as short-jacking for working alongside obstacles.”

Talking about the ways boom truck cranes have evolved over the years, Eccleston gives the example of the CANBUS electrical system which is featured in the 1881TM model. This system includes keypad outrigger controls, multi-position outriggers and front bumper winch control.

Randy Robertson, director of sales and marketing at Manitex, says that technological development has allowed these machines to compete with mid-range class truck cranes. “Boom trucks have evolved from simple telescopic booms with A-Frame outriggers for light lifting to highly engineered production cranes capable of competing with mid-range class truck cranes that are quicker to move from job to job and easier to maintain,” he says.

The view that boom trucks are competing with truck cranes is shared by crane division sales manager at Stephenson Equipment Steve Tucci. Tucci says the new 55USt National Crane model NTC55 offers a 20ft outrigger span, which allows it to replicate what a 40USt or 60USt truck crane can do at a congested job site.

The NTC55, launched at ConExpo 2017, can operate while set up from one of four outrigger positions: 100%, 75%, 50% and fully retracted. At 75%, the outriggers reach a 20ft span. “Versatility is important to our customer base,” says Justin Pilgrim, global product director for boom trucks and carrydeck cranes at Manitowoc. “They need to be able to stay agile and tackle a wide variety of jobs without being limited by tight job site constraints. The NTC55 will not only do the work of a 55 USt boom truck when space allows, but exceed the capabilities of a 40USt truck crane with its 50USt rating at a reduced 20ft outrigger span, all while offering a premium operator experience thanks to a host of modern features.”

This model has a 128ft fivesection, full-power boom. National Crane, part of Manitowoc, says this machine does not only meet all class lifting requirements with this configuration, but exceeds them, thanks to its main boom being 18ft to 34ft longer than competing truck cranes.

Tucci highlights that all the NTC55 cranes Stephenson Equipment has delivered until today were to traditional truck crane users. At Manitex the most popular products are the 40–50USt truck mounted cranes. “Because they can be configured to move on the highways unrestricted they are very popular in fleets for use as one-operator taxi cranes capable of handling four to six jobs a day,” Robertson explains.

Carlos Batista, Altec market manager for cranes, says that over the years, boom trucks have grown to be job specific.

“Customers are looking for industry specific design packages like dual rated units, or A92.2 compliant machines. Altec brought this industry solution to the market in 2014. The Altec AC40-152S is a great example of design evolution,” says Batista.

The AC40-152S can be configured as a crane that is a B30.5 compliant machine or configured to be aerial lift compliant with A92.2. This machine has a capacity of 40USt and a 152ft boom.

Manitex’s TC Series truck mounted cranes, ranging from 40USt to 70USt, also offers a dual purpose rating option for use as lift crane or aerial man lift on the same job. The cranes of this series feature advanced hydraulic systems, electric over hydraulic controls as well as telematics for ease of service from remote locations.

Elliott finds that in the electrical transmission line construction, the 36USt to 45USt capacity range is more desirable because customers need longer booms and higher capacities. Its new 36USt 36142 model has a five-section 142ft main boom, which makes it an attractive option for users that need the boom length for personnel platform work. Eccleston says: “Long boom cranes are used by electrical transmission contractors to lift people and materials to construct high voltage power lines. These power lines are attached to structures that are 160¬–180ft tall or more. Cranes are used to hold wires, using phase lifters, and lift and install conductors and insulators. Boom trucks have longer booms than many other types of cranes so they are well suited to this application.

“In addition, boom trucks can be used for lifting people in an attached platform, provided they comply with all OSHA regulations, including performing a trial lift and proof test prior to doing so.”

Stephenson Equipment supports and services many customers from the oil and gas industry. Tucci says this industry uses boom trucks for various applications, for example wire line services and blow off prevention. “In many ways it is just another tool for them to accomplish the completion of the well project,” he adds.

When it comes to construction, these cranes are used for panelised construction, roof trusses installations and structure steel placements.

Manitex says the primary market for its new 20USt TM2085 is construction materials to the North American commercial and residential construction market.

This model has a six-section 85ft telescopic boom, a fifth wheel to pull lengthy semi-trailers as well as 19ft 8in out and down outriggers. Building materials and structural components supplier NorCal Lumber, of Marysville, California, has taken delivery of the first 2085T. The Manitex and Peterbilt truck was sold by Manitex’s West Coast dealer, Coast Crane Company of West Sacramento, who actually partnered with Manitex for the design of this model.

Another important customer for boom truck crane manufacturers is the tree care industry. Terry Hughes Tree Service of Omaha, Nebraska, has been using the Elliott 30105R, to lift and move large branches.

“The 105ft boom length allows operators to executive even the trickiest maneuvers, including parking the boom truck curbside and hoisting larger branches or trunks out of a homeowner’s back yard, over their house, and down to the street for removals,” says Elliott. Terex’s Kuhlman adds that boom truck cranes are also used for equipment placement and transportation loading and unloading.

In recent years, the demand for boom truck cranes has been low, primarily due to the drop in oil prices. “The market has been very depressed over the past several years and has recently been similar to the market after the US housing bubble. This impact was widespread and worst felt in the Americas’ crane markets during 2009 and 2010. Demand in the traditional oil and energy segments has been quite depressed,” says Manitowoc’s Pilgrim.

Altec’s Batista says that the decline in oil prices caused the size of the crane market to contract, resulting in a surplus of equipment in the industry. Eccleston adds that the effect was for the market to be operating at less than full capacity. However, Pilgrim says the oil and energy segments have shown signs of stabilizing through the end of 2016 into this year.

Tucci has also observed this change, “We are seeing a slight upswing in the energy sector in the US, our [Stephenson Equipment] market in particular, which is natural gas, has been steadily improving from the downturn of two years ago.” Manufacturers are seeing increased demand from the construction and crane rental industries.

Pilgrim says: “The market seems to be solidifying for boom trucks and has begun to grow in some capacity segments even. Optimism is present in terms of a higher focus on infrastructure projects, large rental fleets that had once been stagnant are now mostly back to work, and we are fielding increasing requests for new products and special customizations—all of which are positive signals from our standpoint.”

At Elliott, they expect to see an uptick in crane sales as the existing crane fleets continue to age and older cranes are sold off. Eccleston says: “However, as long as oil prices remain low, the crane market will have a slow climb and we expect to see changes in the capacities and types of cranes in demand by the marketplace.

“Also due to the many regulations involving cranes including OSHA requirements for pre-lift testing when using a personnel platform on a crane, we expect to see a growing interest in long-reach ANSI A92.2 aerial work platforms like Elliott’s E160 and E190 with working heights in the 160–200+ foot range.“

Despite acknowledging the rise in demand for boom trucks, Manitex’s Robertson is less optimistic about the performance of the industry in the near future. Robertson says: “The boom truck industry is in recovery. Lower oil prices and mining have made for two difficult years of sales that may drag out into 2018. With a strong US dollar, lower oil prices and lackluster demand for copper the near future remains challenging for new equipment sales for the remainder of 2017.”

Stephenson Equipment’s Tucci believes that in the future the boom truck market will expand because of new customers who were previously solely purchasing truck cranes.

Tucci explains: “In the industry, you used to see a distinct divide between boom truck owners and crane owners, I think we are beginning to see that change. Customers in the crane rental business or any business who use cranes will see the versatility of the truck mounted crane as it continues to evolve.” 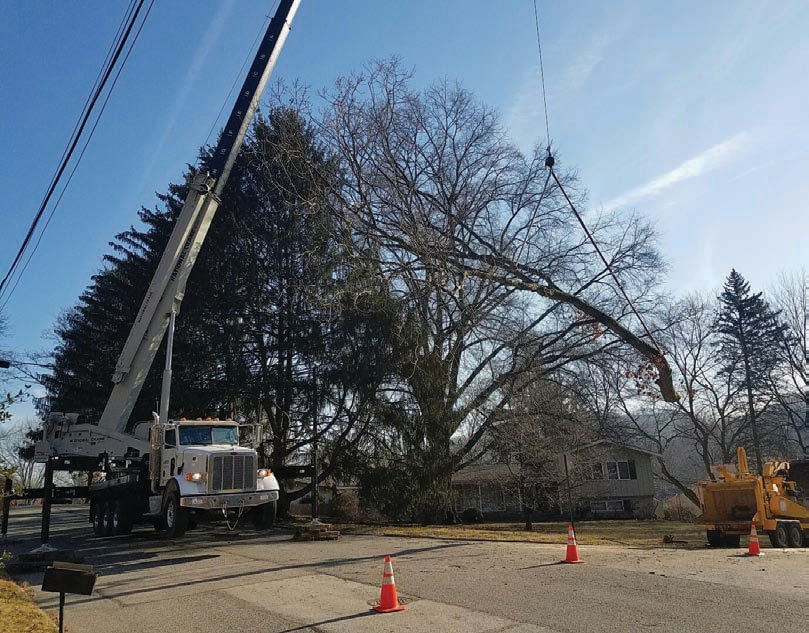 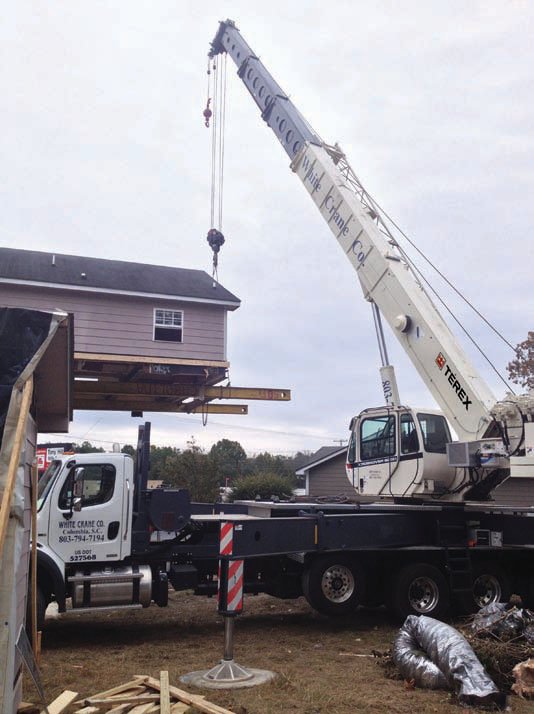 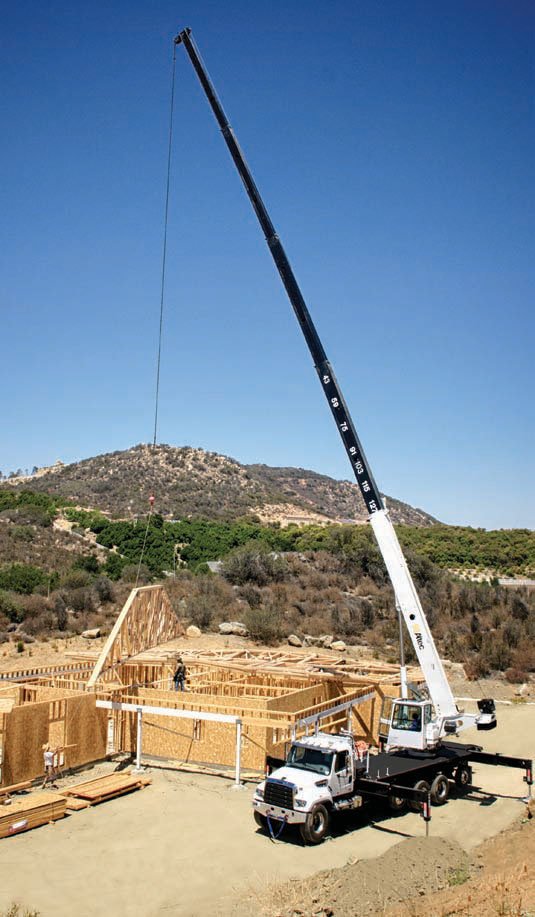 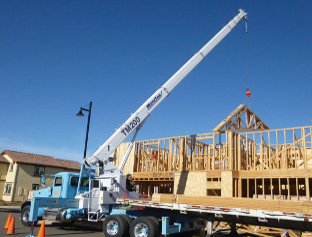 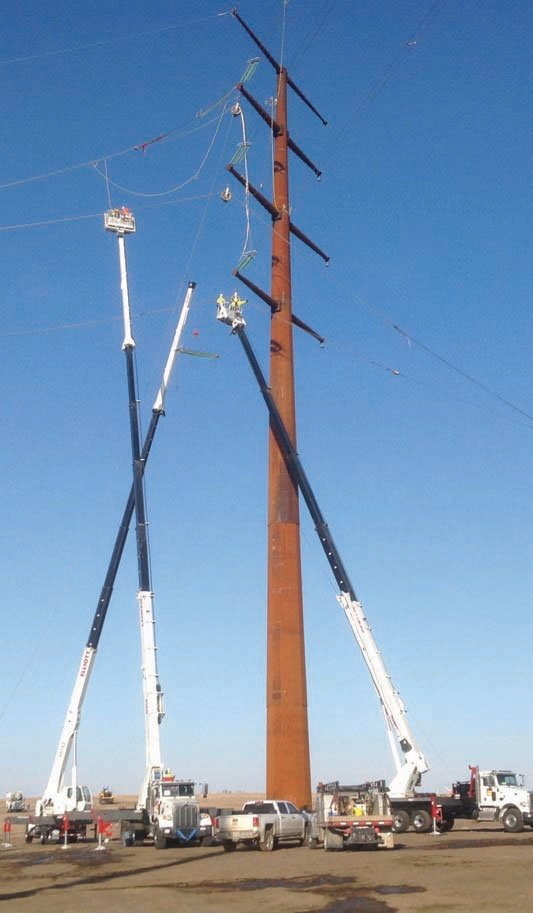