South Europe Project round up

This month we review projects from France, Spain, Italy and Turkey.

The manufacturer said that the cranes are in near-constant use at the project. Among their many tasks will be pouring some of the 120,000 m3 of concrete and lifting much of the 7,000t of steel needed to build the stadium.

The project's main contractor is the French construction company Vinci who are renting the Potain cranes from local crane specialist Lyon Levage.

Lyon Levage worked with a team from Manitowoc Crane Care to erect all of the cranes in quick succession. The first crane arrived in October 2013 and will remain at the site until work is completed in 2015.

Stade des Lumières covers a 56,000m2 area with the cranes reaching over the whole job site area. Their positioning allows for maximum coverage and efficiency.

The 60,000-seat Stade des Lumières will serve as the home stadium to Olympique Lyonnais. It will host games during the UEFA Euro Championship in 2016.

Madrid, Spain
A Maeda mini crane has been working on a well for water harvesting in the Calle Serrano tunnel, Madrid. The joint venture formed by Serrano Tunnel companies Dragados, FCC, and Copisa Tecsa (ADIF) has been commissioned for the work.

The crane has been operating in tight spaces, and the tunnel has very compact dimensions of 5.5m wide by 9.5m deep.

Liguria, Italy
Several Terex all terrain cranes were used by Vernazza Autogrù to return an Intercity 660 locomotive and railcars back to their rails in Liguria, Italy. The train had derailed on the way to the Italian town of Andora due to a landslide near the cliffs of Capo Mimosa.

Rete Ferroviaria Italiana (the Italian Railway Network) hired Vernazza Autogrù. The company devised a solution which involved the building of a crane barge: a self-submerging dock that could transport the cranes to a position close to the cliff - along with a module that could be outfitted in accordance with specific safety and stability requirements and supplemented by ballast compartments that would be necessary to maintain a constant balance during navigation and mooring. The fully equipped dock was 90m long and 27m wide, with an overall capacity of 11,700t.

The Terex AC 700 was secured to the floating dock whilst an initial operations team went to Andora with the to secure the locomotive and the railroad car and creating the attachment points that needed in order to lift the train. At the same time, a team of divers surveyed the seabed within the area of 5,000sqm where the floating dock would be moored. The divers used a high-tech depth-finder to identify the critical points.

To ensure the stability of the locomotive, lifted and moved a Terex AC 100/4 L all terrain crane from the barge to the railroad, coordinating the timing of the lifting operation.

After the slings were installed on the locomotive with the mobile cranes performing a combined lifting action to move the train. The risk was that the locomotive might become separated from the rest of the rail car therefore the locomotive and the first car behind it formed a single unit. During the derailment the bumpers had penetrated deeply into the rail car and the plates were solidly jammed together. After making several unsuccessful attempts with a thermal lance multiple air-cushions were used each with a thrust of 35t to extract the locomotive from the rail car.

When everything was ready, the locomotive was lifted and set in its proper position on the tracks. Approximately 90t of steel were placed on the rail line ready for the final trip to the railyard with the rescue engines moving the formation of the Intercity train.

In temperatures up to 35C Hareket used the self-propelled module system PST/SL-E with electronic steering to transport the 35m long and 8m high tank, the journey took 65 days. The tank was carried over 11 bridges and into the mountains on twisting roads with gradients up to 12%. Hareket specialist had to raise 250 power and telephone cables, remove 16 sets of traffic lights and dismantle and then re-erect two pedestrian bridges as part of the project.

Temporary river crossings were built as the Turkish highway code forbids heavy goods vehicles of more than 150t from crossing bridges, while a 2km stretch of road had to be widened to negotiate tight bends at an altitude of 1,500m. 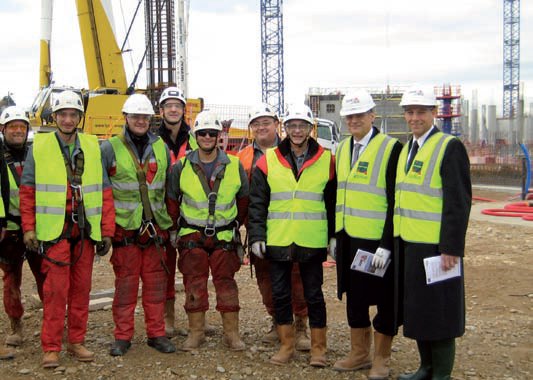 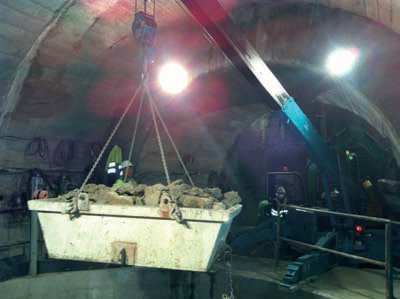 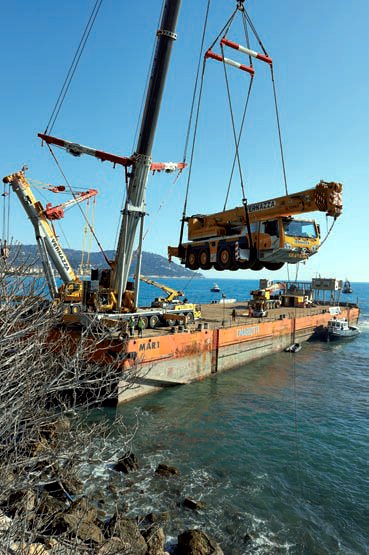 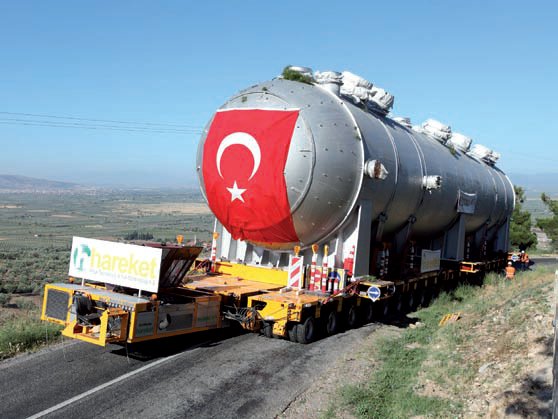 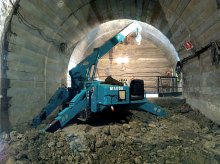 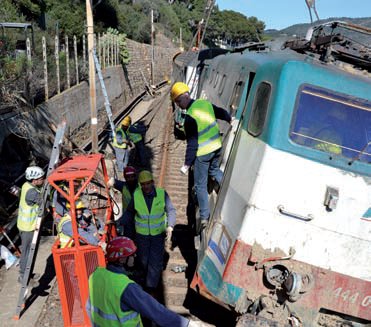