Spierings was founded in 1987 by Leo Spierings and his wife Tiny, Koos’s uncle and aunt. The company’s focus was to develop a mobile tower crane, but started with service and overhauling to finance the development.

In 1989, he built the SK345- AT3, which had a maximum radius of 30.4m and 1,200kg tip load. After the first cranes were delivered in Holland, Leo saw a market for this type of crane and developed several new models in the 90s.

“The biggest one was the SK 598 with three tower sections: 30m tower height and 48m jib length.

This crane was the real breakthrough for Spierings,” says Koos.

Since the 2000s, the company has expanded its product portfolio further and experienced strong growth. Last year, Koos took over the shares from Leo and became the owner of the company, while Leo remains the CEO.

Koos says it is important for the company to stay family-owned: “We work for the long term, not for short term profit. Family businesses want to invest in products, in innovations, and in staff.”

Spierings has seen a growth in international sales over the years. These now account for 50% of new crane deliveries and 100% of secondhand. The strongest international markets for the manufacturer are Germany and the UK.

“We have also delivered cranes to companies in Switzerland, Denmark, Sweden, Poland, France, Belgium, and quite a few machines to South Korea,” says Koos. “Every market where mobile cranes are used, can be a market for us. It does not only depend on competition, but on the lifting culture as well. For example in South Korea they easily adapted to this product, while other countries take longer to adapt. In Germany it was a slower process, but we are now selling more and more cranes.”

Liam Clancy, managing director of Emerson said: “The easy setup, hydraulic motions and steel mats that are delivered as standard with the crane are great. The simplicity for the operator swayed our decision to invest in this crane.”

Spierings cranes can be operated by one person. Koos highlights the ease of operation: “At 60m our cranes only have two lifting charts—one full rig and one half rig. If you have a 200t telescopic crane then you have a book with lifting charts and you have to count the hook block, the ballast and the weight. With our machine all the ballast is on the crane.

“The operator is sitting in a cabin which is 16, 27 or 37m high, having a clear view of the site. When the radius changes from maximum to minimum only the trolley moves along the jib.

There is not much energy involved in transporting the weight, whereas with a telescopic crane you have to bring up and down the complete boom.”

The usual applications for Spierings cranes are in the construction field, but many are used for industrial applications. “For example they are used to change the roof of big oil tanks. Our cranes are used for jobs that need reach but not high lifting capacity. Also for those companies that have to work during the night, the lights at the jib are a big benefit.”

Despite the success of the products, Koos says there is still a need to educate some markets on what mobile tower cranes are and how they can be used.

The latest product is the SK487- AT3 City Boy, the most compact crane in Spierings’s product range. It has a width of 2.5m and a total length of 13.08m. This crane comes into its own in an urban environment, with a truck footprint of 9.43m. The maximum outrigger support base is 7,250 x 7,200mm.

The City Boy has plug-in hybrid eDrive capability: it can be operated in diesel, hybrid or fully electric modes. “With the City Boy we have chosen a concept where we bring the truck to a complete electric driveline, so the 370kW electric motor is driving a transfer case, which is driving the rear and front axle. At the back of the chassis is the 42.5kW lithium ion battery pack battery pack which comes as standard, but customers are able to choose the 85kW pack.”

“This allows the crane to drive fully electric into the city centre, regenerating brake energy into the battery, so no brake energy is wasted.” Having a battery also means that a smaller diesel engine—a 224kW John Deere—can be used. “It basically has two power supplies.”

Spierings has already received a number of orders for the City Boy from the UK and the Netherlands, and anticipates that in 2018 it will deliver its 1,000th crane.

Koos says: “The economy is growing so we sell more cranes at the moment. In the mean time, we are keeping up with our lead times: nine months at the moment. We are growing production by 40% a year.

“The plan for the future is to convince more companies from abroad to invest in our cranes, and I think we are on a good track.” 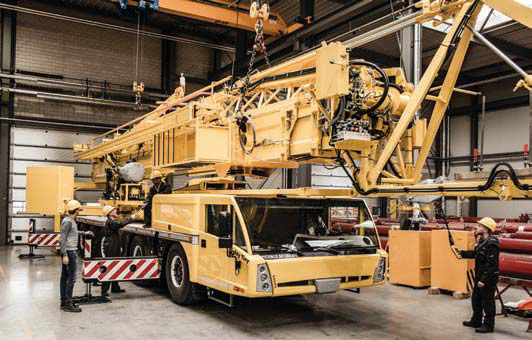 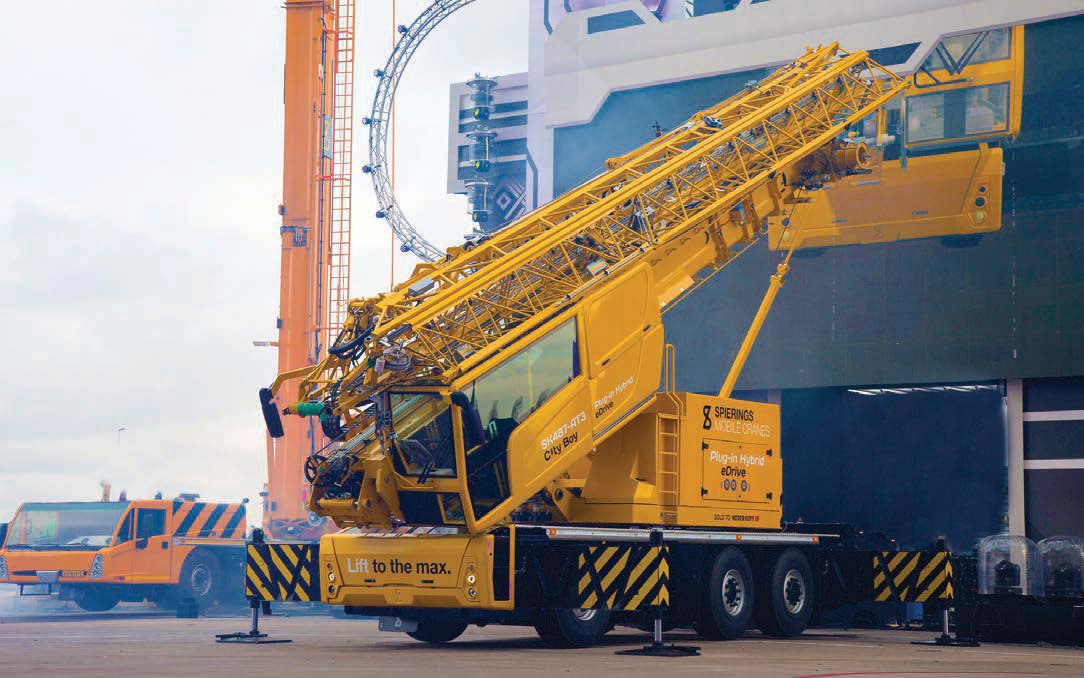 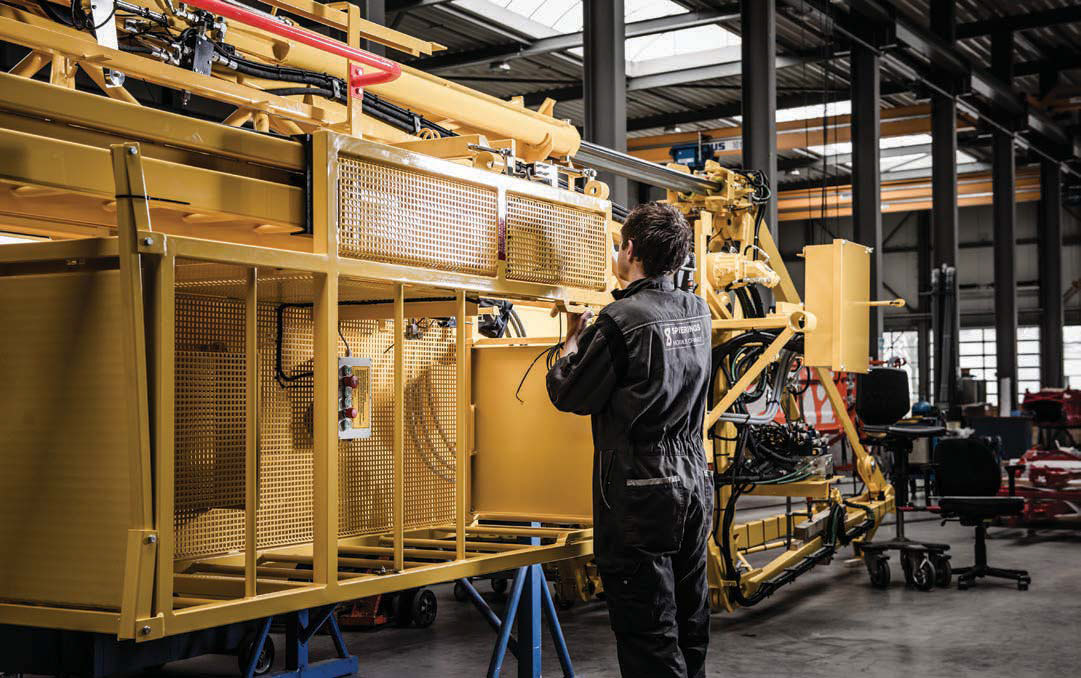 Inside Spiering’s manufacturing facility in Oss.