The operation took place near Dresden’s Frauenkirche church in a narrow street with tricky lifts out of the atrium over 30m high buildings, and all in complete silence. The crane was operating in electric drive mode.

Crane operator Christian Jahn had turned off the diesel engine that had transported his MK 88 Plus into the beautiful city centre of Saxony’s state capital early that morning. “I’ll do everything else using site power, including the MK’s assembly,” he said as he pulled the power cable out of the crane’s metal accessory box to tap power from the site’s power supply.

Using his remote control, Jahn was able to activate the unfolding mechanism for the tower and jib. The crane was ready less than 15 minutes later, its jib set at 30°.

For the first few lifts, he controlled the crane from the height-adjustable lift cabin. He then joined the installers on the roof and lifted each of the glass panels, which weighed up to 800kg, with his radio remote control.

“I can communicate much better with people and also react faster if I’m there on the spot. If I can see how the vacuum glass suction cups are positioned or how the heavy glass pane slowly releases from its mount, then I’m able to control with even more precision,” Jahn explained. The crane operator set down the load on the other side of the building safely.

The option of operating the crane in electric mode in Dresden’s densely populated old town allowed the working timeframe to be extended one hour each way. “Being able to work for two more hours really makes a difference as we’re only here for a couple of days,” said Reimund Pothmann, installer from JET Brakel Aero.

The replacement of the roofing panels, covering a total of over 500sqm, is being completed in several stages and the Liebherr mobile construction crane has already been booked for each of these. 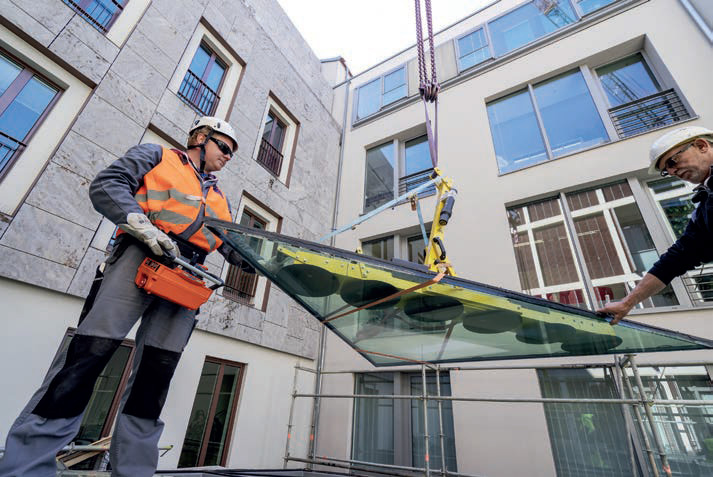 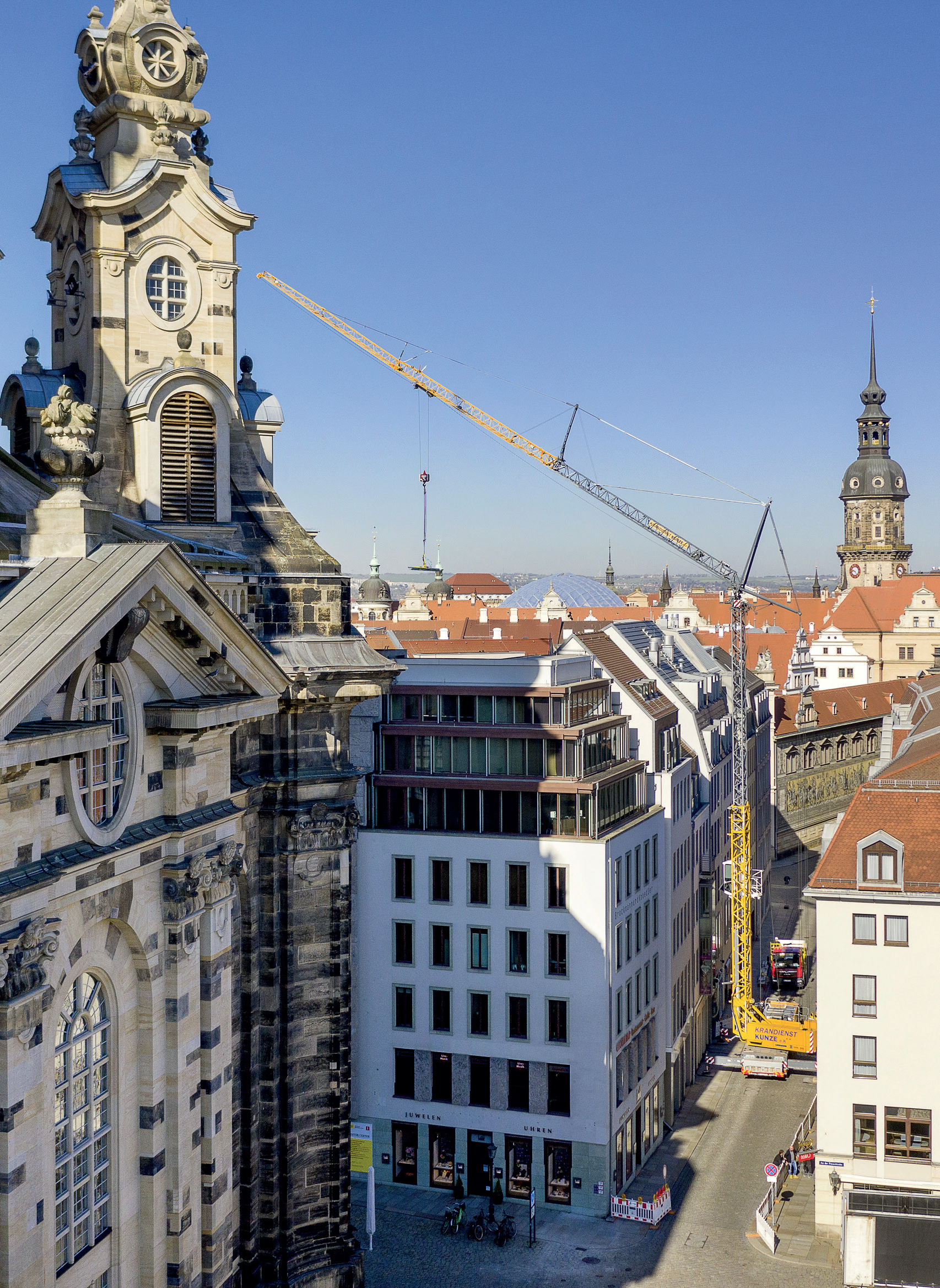