Mammoet is currently using Kroll K1650L tower cranes to erect turbines and they are developing in-house the LTC4000 tower crane, specifically for this application. “This crane will raise the hub height capability significantly as well as the lifting capacity to values not seen in the current market,” said Moreno.

He talked about the wind energy market’s push for higher hub heights in search of more reliable and stronger wind streams. Moreno said that in 2010 maximum hub heights averaged 100m, while today 165m heights are common in certain markets. “I am actively involved in cases to install future turbines beyond the 200m hub height. This means blade tips are shortly reaching the 300m mark.”

He added that the components such as drive train nacelles generators and rotor blades have gotten larger and heavier, some reaching 130t.

Moreno said tower cranes are stronger than any other crane for the higher hub heights, especially from 160m Hub height and beyond. “The capacity of our Kroll K1650L tower cranes is 135t working at 12.5m working radius. Comparing this figure with other cranes in the onshore wind segment at those high hub heights, their competing capacity is not above the tower cranes’. When we consider the LTC 4000’s capacity of 200t even up to 222m hook height, there is absolutely no competitor.”

He highlighted the very high hook heights tower cranes can reach, with the K1650 reaching 179.5m and the LTC 4000 designed to reach 222m hook height.

“This means we could install turbines beyond the 200m hub height,” said Moreno.

Another challenge for wind turbine installations is wind speed limitations. “Lifting solutions that can continue to operate in windier conditions increase the size of the installation window. This is a good selling point for tower cranes as they have better behaviour in windy conditions. Tower cranes start at 15m/s for loads above 60t, and 20m/s for loads below 60t, while competing cranes have limitations in the range of 9m/s to 12.8m/s. Tower cranes can reduce the standby period on site.”

Moreno said accessibility is often a challenge when it comes to onshore wind farms; roads need to be created and areas need to be optimised for the heavy cranes. “Crawler cranes and truck mounted cranes need a large area to be set up aside during the assembly. The higher the hook height, the longer the boom and the larger this area needs to be. The larger the crane footprint the more expensive the civil works become.”

Wind farm construction it is all about efficiency and speed, so crane relocation is an important issue. “Every hour counts, so it is crucial to have the right crane with the right configuration on site, so it can be quickly and cheaply relocated between hardstands when a turbine erection is completed. This becomes a key factor as hub heights grow, since common installation cranes will have longer booms to move between parts, affecting the time and resources required to move the crane efficiently on site.”

He added that for wind turbines installed beyond the 200m hook heights, Demag CC 8800-1 or Liebherr LR 13000 crawlers will need to be deployed. “Cost would be astronomical not only rental, mobilisation, relocation costs, but also to build sites to accommodate these massive crawler cranes.”

Concluding, Moreno said: “Tower cranes are the best solution for those projects requiring to push the hook height beyond 150m. And as there is an ongoing trend of heavier components and higher hook heights, I see tower cranes playing a key role in the future of the onshore wind market.” 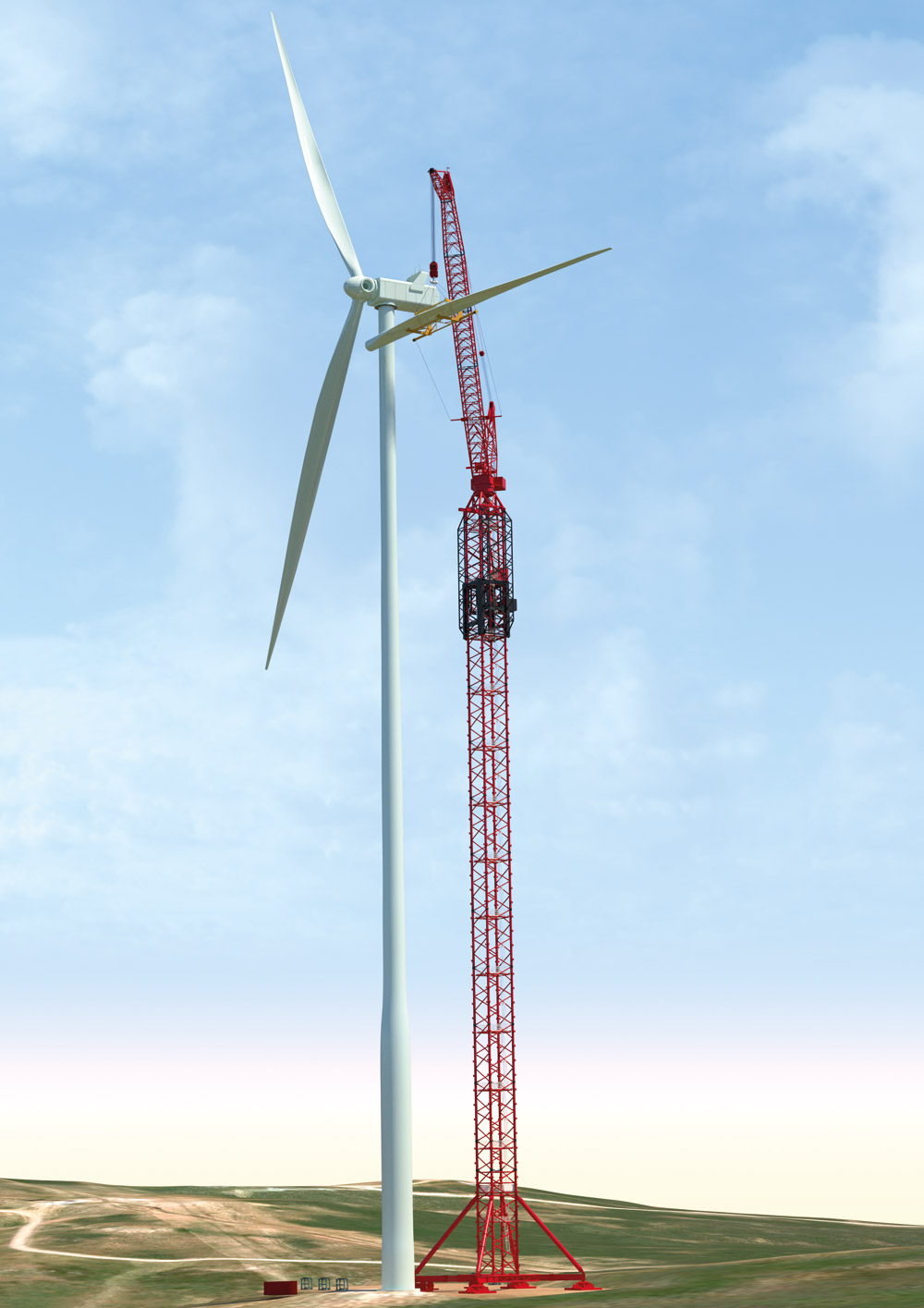