In the years running up to the global financial crisis, Arcomet’s family owners, the Theyskens, had built up an impressive fleet around the world. However, when the market dropped off, they found themselves struggling with debt. New investors took control of the company, restructured its debt, and brought in Philippe Cohet from Manitowoc, to get the business back on track. Will North spoke to Cohet during Intermat.

The recent history of Arcomet illustrates some of the challenges crane owners face as they move up from small local fleets to larger regional or international businesses.

Arcomet had purchased a substantial fleet, through leasing finance, and established subsidiaries and joint ventures around the world. When the financial crisis hit, rental jobs and rates fell. Unlike some previous recessions, the global scope of the crisis left the company holding cranes that it could neither rent nor sell, leaving it unable to service its debts.

Cohet explains, "One key thing with rental, is that it's local. You need to be close, flexible and customer-oriented. This is easier with a family business. With, say, 150 units, that works. That's why you have a lot of small to mid-sized tower crane rental businesses.

"Some of those companies have been fantastic, even through the crisis. There are a lot of regional players, near big cities, who are doing very well. But then, you go to the next level, with 500, 800, 1000, cranes. You have to manage keeping local, day-to-day, efficiency, and still being able to react to the market. It's about trying to watch where your local units are working, deciding where to invest, and where to slow down. The market is not homogenous: while Germany is booming, the Netherlands might be dead. You need to have a lot of flexibility."

A bad hand in a high stakes game While Arcomet may have been able to deliver that expertise, it wasn't able to manage its debts through the crisis.

Cohet says, "Arcomet had seen fantastic growth until 2008, but then it got difficult. Their growth was more about geographical diversification: in France, in Italy, in Romania. This was quite ambitious, for a business that still remains a local business. A lot of expense was needed for this strategy. That became suddenly a risk.

"The main source of debt was asset purchases. Arcomet invested in a lot of new cranes, and was betting on its ability to sell used cranes. In the crane business, you rely on your ability to buy low, and sell high. Arcomet's ability to maintain income revenue from used cranes became very difficult. They had a lot of brands that were hard to resell: their old Comedil, Raimondi, and Zeppelins were very hard to sell. The crisis hit them severely. The bigger you were, the more you lost. When you have 10% of 1,500 cranes down, it's a lot of cranes.

"Tower crane rental needs to be carefully managed. I hope I can bring that to the business. I'm used to this way of thinking, I've had 30 years with corporate processes.

"The family model works, it can be very strong and robust. But when you decide to go to the next level, that's where you have to be careful."

Getting back on track With the company struggling, Dirk Theyskens, a member of the company's founding family, sold out to a private equity investor, LFPI. This year, Arcomet's new owners sold Arcomet France to Matebat, in which they also have a majority stake.

Cohet says, "Arcomet is now owned by LFPI, the equity arm of Banque Lazare. With Sofina, they own 100% of Arcomet. Dirk Theyskens sold his 25% share. The same firm, LFPI, was equity partner of Matebat. They increased their share to 65%; co-founder Bernard Bouillet has a third; employees and other stakeholders have small shares.

"When I became available, they recruited me to manage their tower crane businesses. First, I joined Arcomet, as chairman of the board.

This year, I took the president job at Matebat. They are two distinct jobs in parallel. We can develop synergies, but they are separate companies. I have to be extremely rigorous in the way I manage the two companies. The minority shareholders of Matebat need their interests protected, but they are happy with my experience.

"Last year, we restructured the balance sheet. Arcomet had a huge historic debt, coming from the Theyskens' 2005-08 growth strategy.

That was too big to be swallowed by the business. It was a great business operationally, but with the size of their debt, the equation wasn't working.

The new shareholders were ready to put more money on the table, and with the income from the sale of Arcomet France, we could get a deal with the historical creditors. The balance sheet is now much better, even with the sale of the jewel of the portfolio, in France. Arcomet has a strong Northern Europe business, in the Benelux countries and Germany, along with bare rental in the UK. Arcomet Asia has a good fleet of Comedils. And we have the P&J Arcomet joint venture in the USA."

Buying new, buying bigger With the company's debts under control, the next step will be to develop its fleet.

Cohet says, "We had to restructure. Arcomet had to reduce its investing after 2008. Next year, we will start buying cranes again.

We will have the money to invest. Arcomet had bought some cranes, but not as many as it should, due to its finance constraints. At Matebat, most of the investment capacity has been used for acquisitions of existing fleets. Now, over both companies, we have the size we need. We need to maintain the age of fleet. The average age of cranes is about 10 years. So we need to renew, to keep the average age down. We have to be careful with our investment. My priority will be the bulk of the range, the 200-300tm cranes. This is where we need to restart investing.

"That said, we are involved in projects where people are approaching us with a need for larger size cranes.

We have the operational ability to run these projects. We have the people and capacity. But, we will need the support of manufacturers. We are thinking of creating a heavy project division. We have an operational capacity, a people capacity, for this sort of project. At the same time, the bulk of our business remains at the core of the market.

"We see rental going into bigger capacity cranes, compared to what it was. At Arcomet, 60% of the fleet was less than 200tm. Now just 40% of the business is that low, and the core business is 200-300tm.

"I was in the UK the other day. On one job site, everything was precast. In France, people want projects completed in a year. To do that, you must use precast."

It's not just Arcomet's improved balance sheet that shows Cohet that the company is ready to invest. He sees the crane industry heading in the right direction to justify that investment: "Last year positioned us for a brighter future. Since ConExpo in 2014, the market in tower cranes has rebounded. P&J are in a nice situation.

As a portfolio, it's not that bad. In Germany, Belgium, the UK, Asia, and the US, the market is reduced, but we still have 1,000 cranes, many selferectors. It's rental, which is quite nice, and we're manufacturing our own small self-erectors. We need to develop that to some extent, to compete against Potain and Liebherr."

Core to the future of Arcomet and Matebat will be the combination of Cohet's corporate experience and Matebat's close customer relationships.

Cohet says, "Matebat was created 33 years ago in Toulouse. It grew the business itself, by creating subsidiaries in different parts of France. They each had local management; they were not managed all from Toulouse. I'm trying to do that now at Arcomet. I want to have lots of local entities that are very flexible to customers, then at a group level have other ways of bringing benefits to customers." 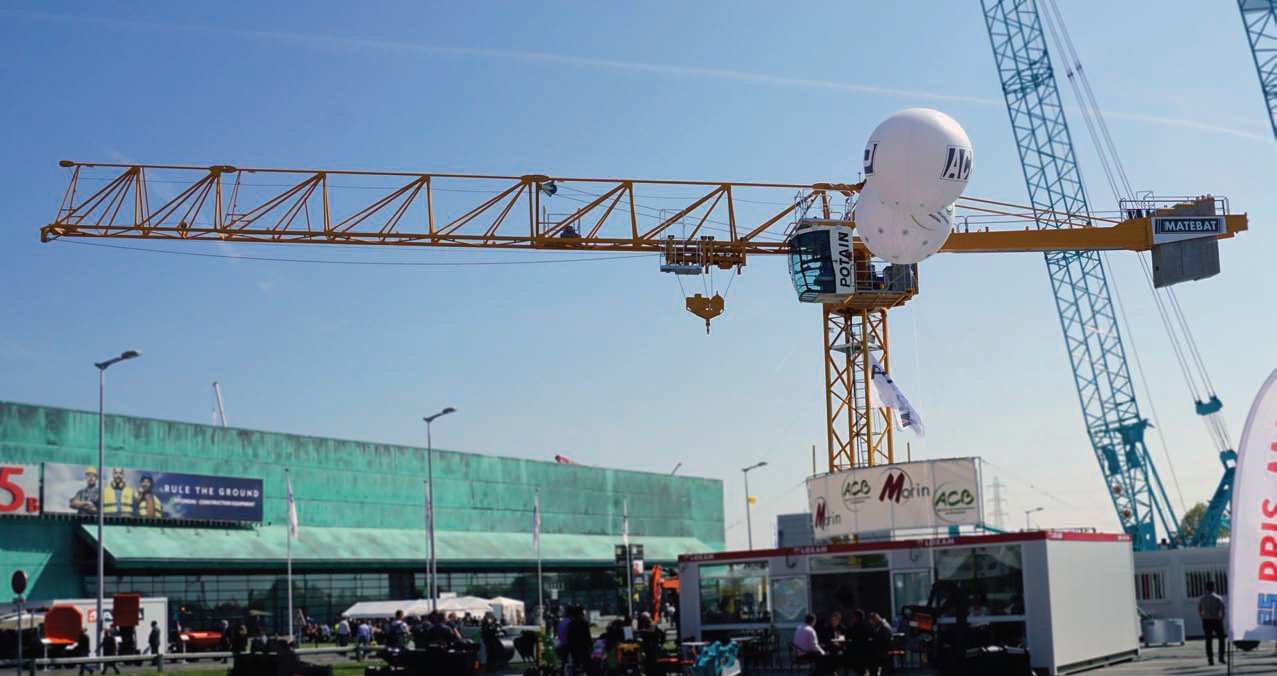 Matebat and Arcomet displayed a Potain at this year’s Intermat, built by Cohet’s former employer, Manitowoc 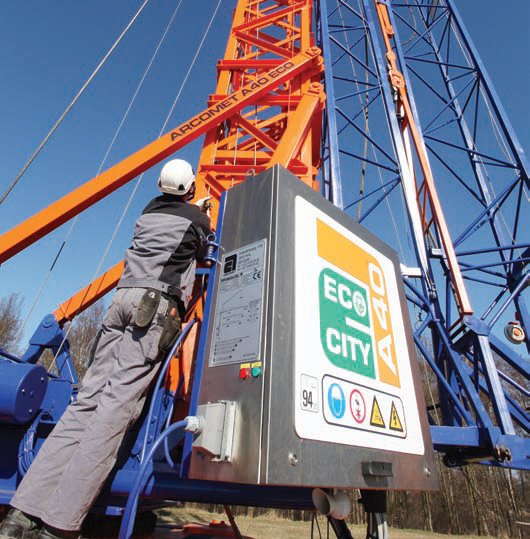 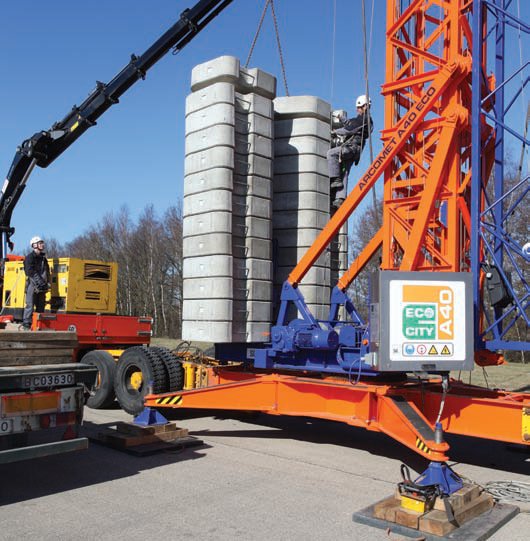