AMCS has fitted a Potain MD 175 with its DCS 60 zoning system. The crane is working in Guadeloupe, at the port of Jarry Baie-Mahault, to build a storage silo, and this is the first time an AMCS zoning system has been installed on the French Caribbean overseas department.

The system installed in Guadeloupe manages the prohibited overflight areas, for the load or the jib, and the crane's working space limitations. The device makes it possible to quickly create prohibited zones in three dimensions directly on the screen by associating geometric shapes with perimeters or static obstacles—such as building, schools, railways, and so forth.

The system operates in real time and in three dimensions to calculate the distances between each crane component as well as movement speed. It enables action to be taken on equipped mechanisms to ensure complete immobilisation of the crane at a pre-set distance from a particular obstacle.

With a large network of dealers around the world, AMCS technologies now relies on its local representative, the company Karaibes Levage Services Technologies (KLST), to equip lifting machines in the Caribbean with anti-collision and zoning systems. The goal of the company is to continue its commercial growth by developing a new area of activity.

The DCS 60 (Driving Control System) anti-collision system has demonstrated its efficiency, its robustness, its ease of installation and programming on many construction sites around the world, says AMCS, including at Dubai Creek Harbour, the statue of Unity in India, Santiago Airport in Chile, Roland Garros in Paris, Vinci's head office in France, and the Hinkley Point C nuclear power plant. 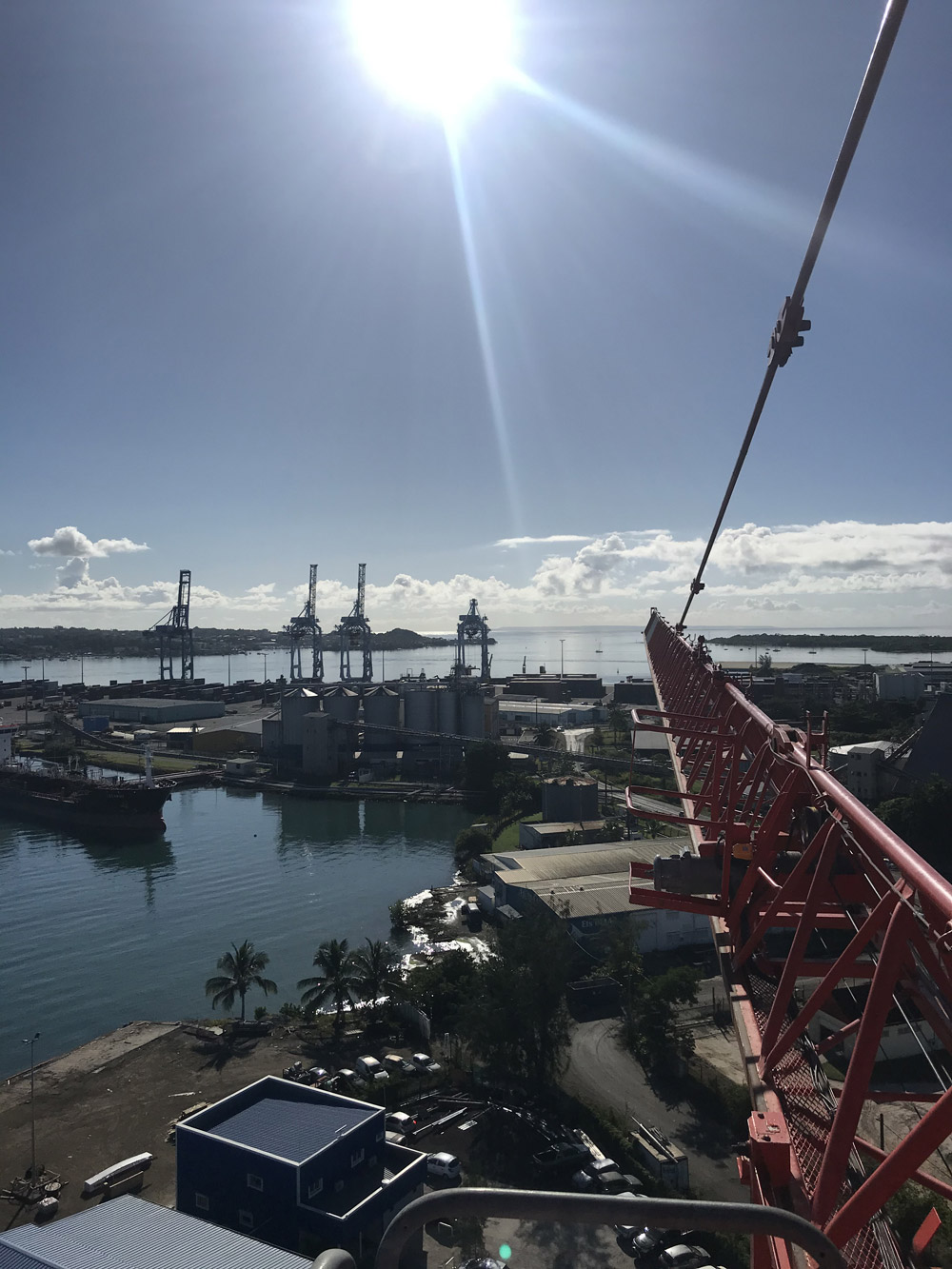