Berry Cranes has taken delivery of a four-axle Böcker AK 52 aluminium-boom truck crane in the UK. Over more than ten years, the hirer has ordered a series of the cranes, establishing a strong position in this growing niche.

Berry Cranes ordered the first AK 52 in the UK in 2019, a three-axle version, which was handed over in January 2019. In early January 2020 the second AK 52 followed, this time on a four-axle chassis. The big advantage of the four-axle—and for Berry Cranes the decisive reason for the purchase—is that this new version of the AK 52 achieves the same ranges as the three-axle with a smaller support width and thus requires considerably less space at the place of operation. At the official handover of the crane, the employees received detailed instruction on the new features of the AK 52, such as the large PK 600 working cage.

With a maximum payload of 12t, an extended length of 52m (opt. 55 m) and incredible ranges, the truck crane AK 52 sets new standards in the 26t truck category as a three-axle truck and in the 32t truck category as a four-axle truck. At a height of up to 30m, it lifts 1t to 34m, and, thanks to its small swivel radius and the variable outriggers, it is flexible even when used in most confined spaces. The 14m jib, which is fully hydraulically extendable via remote colour control, holds up to 1t even in horizontal or extended position. Thanks to its range up to 45m, the crane opens up a massive working area, Böcker says, and demonstrates its strengths, for example when used for multi-storey buildings, industrial building, glass or facade construction.

Thanks to the easy-lock system, the crane can easily and quickly be converted to a cherry picker without any tools. When used as an access platform, the AK 52 stands out due to superior safety and precise control. Permanent monitoring of the load protects the platform from overloading. The access platform can be operated from inside the platform from two control stands, to ensure an optimal overview of the operating environment. The colour remote control with variable positioning facilitates delicate and secure working with all necessary user information being shown on the large colour display.

As an option, the crane can be equipped with the smart BöckerConnect customer portal. It provides crane owners with online and real time information on their vehicle fleet presenting all relevant data of the networked cranes at a glance. After the personal log-in the user obtains an overview of the current status and the location of his cranes. A detailed view provides the master data and the performance data of every crane. To consider and evaluate the use of the equipment in detail statistics on the patterns of use of the specific machines can be called up. 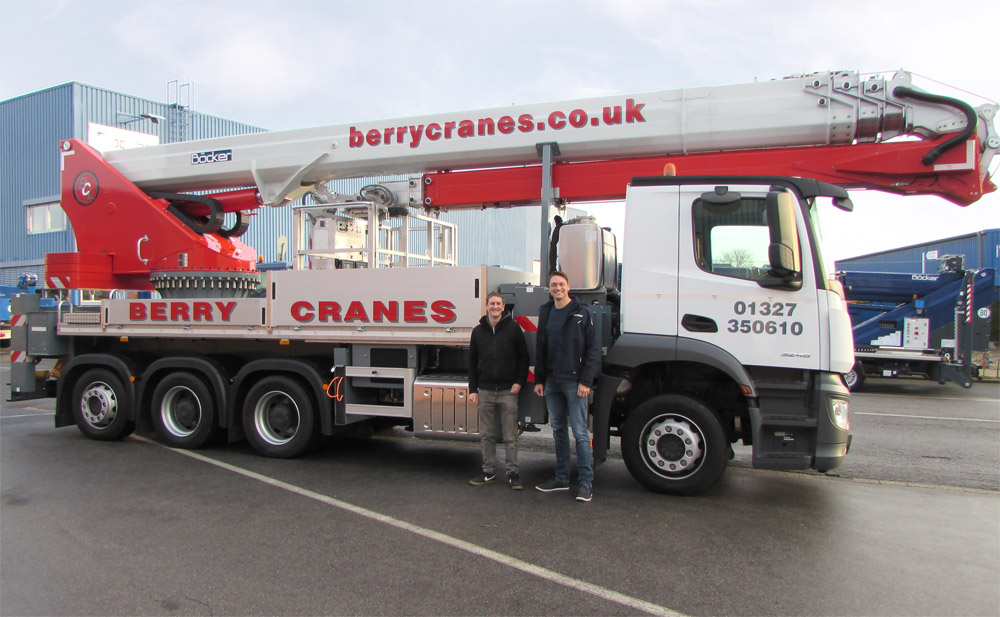