While a planned press conference called by Chinese manufacturers at ConExpo, organised by the China Chamber of Commerce for Import and Export of Mechanical and Electrical Products (CCCME) and China Construction Machinery Association (CCMA), was somewhat curtailed by the impact of coronavirus and flight restrictions, local representatives presented Chinese products and discussed the industry’s response to the outbreak.

Attendance at the show was limited, as flight restrictions stopped Chinese executives and staff travelling to Las Vegas. However, companies including XCMG, Zoomlion, Sany, LiuGong, Shantui, Sunward, Dingli and Sinoboom already had equipment available to show, and local representatives on hand to meet customers.

Yang Yihang from the Chinese consulate general in San Francisco and Albert Cervero, vice president of ConExpo organisers the AEM, addressed the press conference. At the event, it was noted that the Chinese truck crane sector had a record year in 2019, with over 42,000 products sold. A key trend described at the press conference is the rapid adoption of 5G telecoms systems, which Chinese manufacturers are using to implement innovative systems for controlling equipment at a distance.

One company taking part in the press event, and showing a wide range of equipment at the show, was XCMG. Xie Bin, general manager of XCMG North America, introduced the international development of XCMG in recent years, describing the company’s work to build itself a position as, he said, the most popular Chinese equipment manufacturer in the USA. On its stand, the company showed a range of truck cranes, all terrains, and rough terrains, alongside a wide range of other equipment.

At home, the Chinese manufacturers have been busy helping in Wuhan, where the outbreak has been most severe. Here, Zoomlion, Sany, XCMG, and LiuGong were able to dispatch hundreds of machines to help build two emergency hospitals, in just nine days. 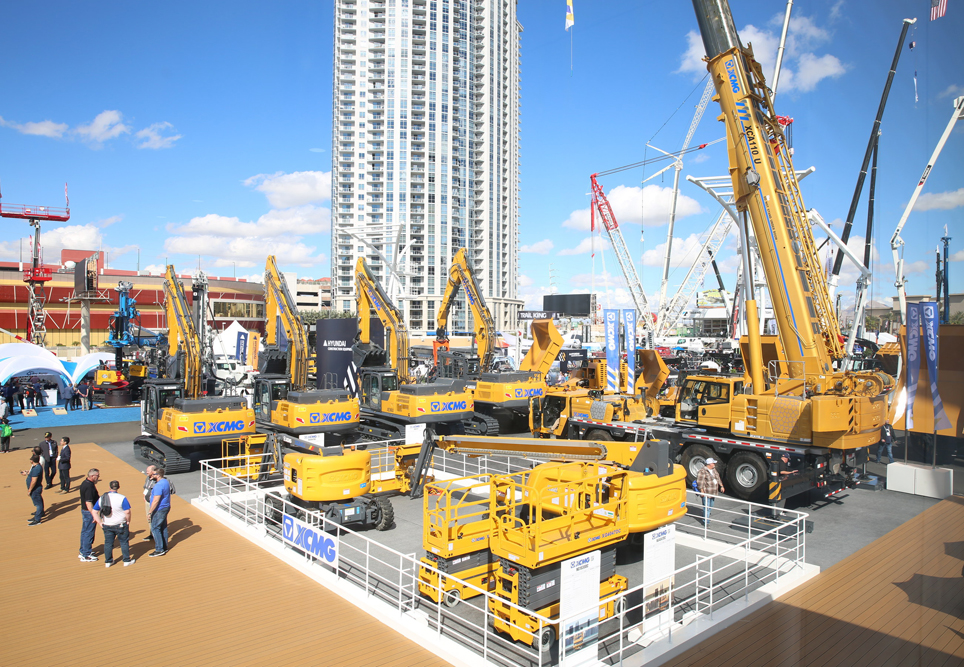 XCMG’s stand at ConExpo, where the company joined other manufacturers like Zoomlion and Sany at a press conference organised by the China Chamber of Commerce for Import and Export of Mechanical and Electrical Products (CCCME) and China Construction Machinery Association (CCMA).