M-Kran, used its new Demag CC 8800-1 crawler to lift the heavy components for four coke drums at the Kstovo oil refinery in Russia.

The company stated that the Demag CC 8800-1 crawler crane was chosen due to its lifting capacity and reliability. “In addition, we in Russia are well aware of and value Demag’s decades of experience building cranes,” said M-Kran owner Ivan Mardar.

The new CC 8800-1 was delivered from the Demag plant in Zweibrücken, Germany, to the customer in Russia. The overall journey to the work site took a total of 80 truck runs and about three weeks, which proved to be a logistical challenge. M-Kran needed a permit for trucks with big crane components: “That didn’t make our work any easier,” said Mardar.

It took three weeks to assemble the crane on-site even with the milder than usual winter conditions. Two Demag service technicians from Germany provided support to the four-to-five-member M-Kran team in charge of assembling the crane with the help of a 350t crawler crane.

For the lifts the CC 8800-1 was equipped with a Boom Booster with a BSWSL Superlift configuration, a 66m main boom with a 48m extension, and 295t of counterweight on the superstructure.

The lifts were then carried out with additional Superlift counterweight of up to 520t. The Boom Booster Kit is designed to increase the main boom’s stiffness, increasing the lifting capacity of the CC 8800-1 by up to 90% with certain configurations.

With the Boom Booster and the help of an assist crane, the CC 8800-1 was able to tackle all the lifts on its schedule. The heaviest loads consisted of six steel supporting structures for the coke drums, each weighing between 200t and 400t. The drums themselves weighed 200t.

The crane also lifted other parts for components which had been disassembled due to being too large for road transportation. The lifts for the four coke drums followed the same basic pattern, with the exception that they had to be brought to a height of 65m and the last steel structure to a height of 88m.

The CC 8800-1 spent a month at the work site and the project was finished on time. 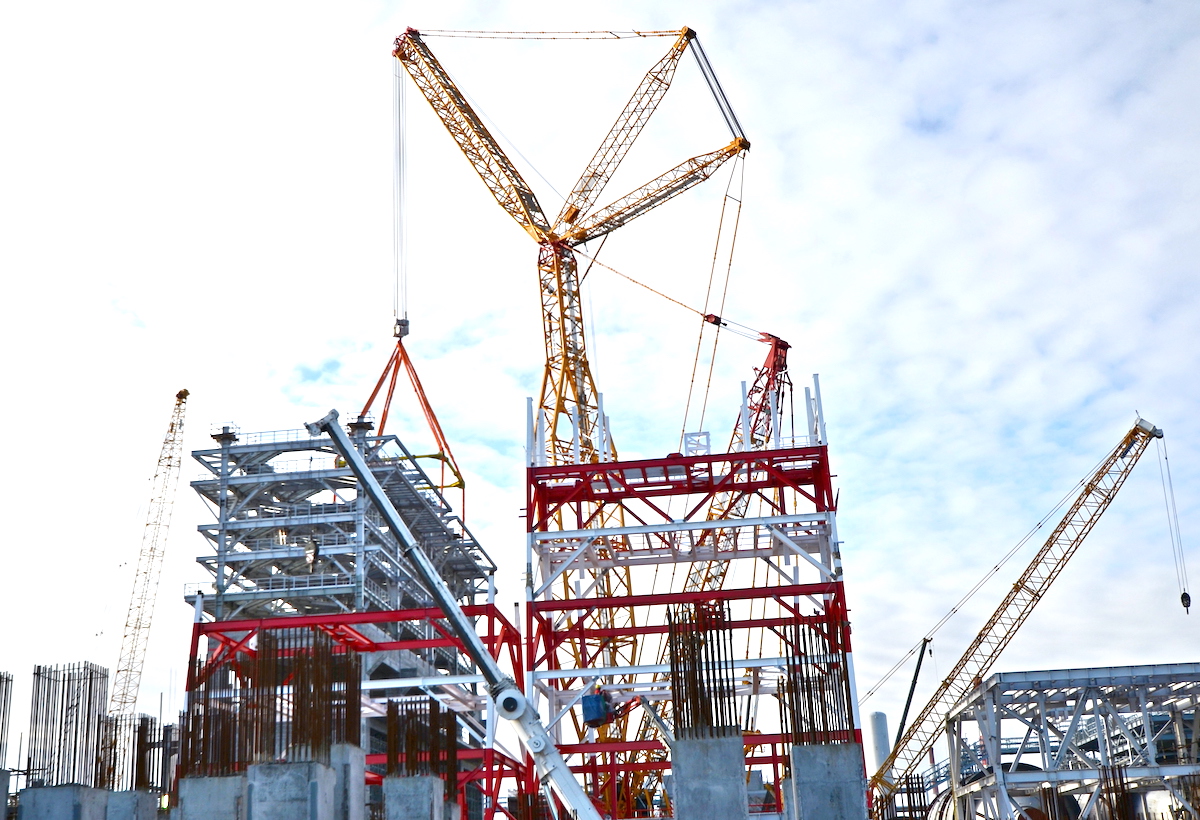 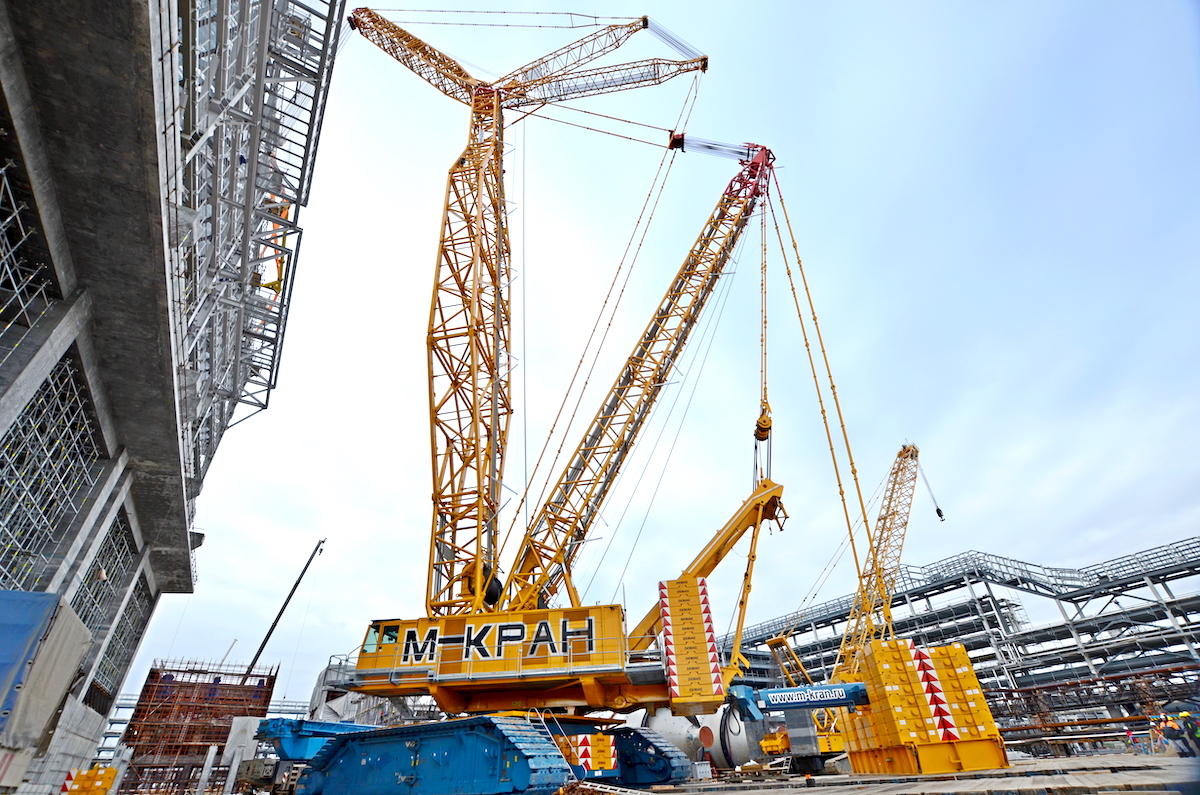