This five-axle all terrain crane model was launched at Bauma last year and has a capacity of 250t. Manitowoc says the 78.5m main boom of the GMK5250XL-1 is the longest in its class.

The unit belonging to Southern Cranes & Access has a 17.8m bi-fold swingaway extension that can be lengthened to 33.8m with additional inserts so that it reaches heights of up to 109m. It can also lift up to 9.9t within a radius of 22m.

Other features on the GMK5250XL-1 include the company’s Maxbase variable outrigger set-up, Megatrak suspension with all-wheel steering and Twin-Lock boom pinning system.

“We already own two GMK5250L models, which have been very popular for erecting and dismantling tower cranes, so as soon as the GMK5250XL-1 was announced, it was a no-brainer for us to add it to our fleet,” said Kelvin Prince, director of Southern Cranes & Access. "We have full confidence in the crane and how to run it—and that 8.5m of extra boom makes a big difference to the range of jobs it can complete. I can see this being a very busy crane,” he added.

And busy it has been. The new GMK5250XL-1 has barely spent any time in the Southern Cranes & Access yard so far, having been hired out continuously since its delivery. The crane’s first job was to disassemble a Potain MCT88 tower crane in Bristol.

Southern Cranes & Access has been a Manitowoc customer for many years and offers several Grove models in its 50-strong fleet of cranes, including one GMK3055, one GMK4080 and four GMK3060 models. 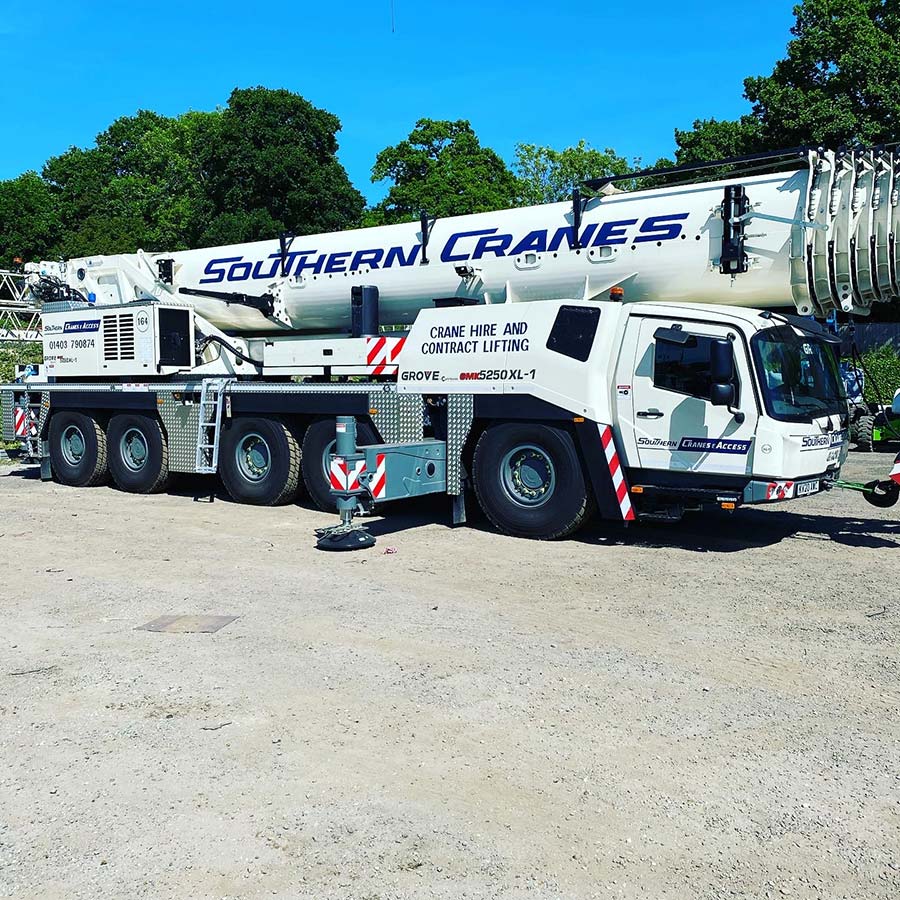