German crane rental and sales company BKL Baukran Logistik has added a Liebherr LTM 1650-8.1 eight-axle mobile crane to its fleet, the first unit of this model in Germany.

“Taking delivery of the first LTM 1650-8.1 in Germany means additional performance for our customers and underlines our standing as a pioneer in the crane business,” said BKL owner Alexander Volz. “The good lifting capacity values of the LTM 1650-8.1 particularly impressed us. In addition, we also expect this Liebherr crane to retain its value as well as other models.”

In addition to being used to erect and dismantle other cranes in BKL’s rental fleet the main areas of use for the 700t crane includes the installation of prefabricated parts and industrial construction.

“The LTM 1650-8.1 adds to the BKL mobile crane fleet at the top end, which means that BKL customers will have an even wider range of mobile cranes available in the future for their projects. One of the major logistics benefits of the LTM 1650-8.1 is the compatibility of the ballast slabs with other Liebherr cranes in our fleet, such as the LTM 1350-6.1 and LTM 1450-8.1,” said Jörg Hegestweiler, BKL’s CEO.

In addition to its new LTM 1650-8.1, BKL recently took delivery of an LTM 1110-5.1 for its Rosenheim site. The company has six sites in Germany from which it can provide over 500 tower cranes, 100 mobile cranes, more than 10 mobile construction cranes and 60 loading cranes and low loaders.

Sotiris Kanaris recently interviewed Hegestweiler about the company’s strategy and trends in the German market. You can find the interview here: 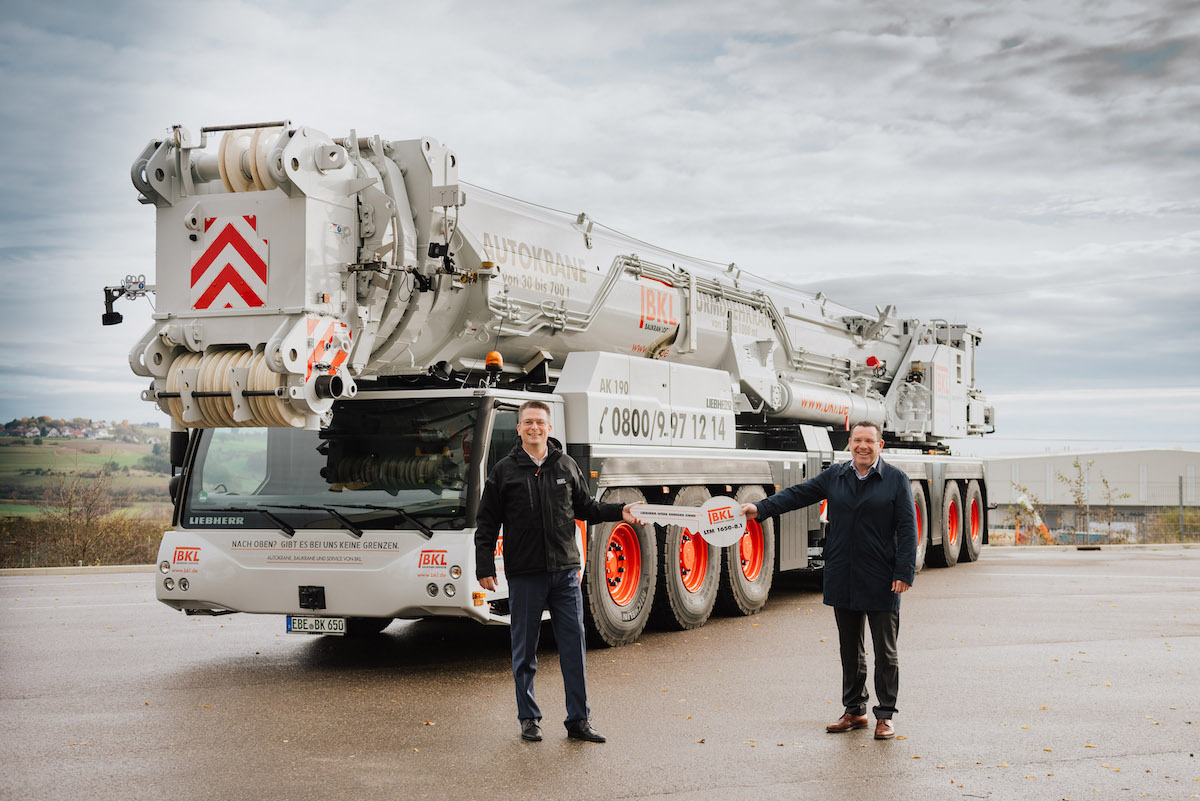