As the rail line was operational, the 300t-capacity all terrain crane could only be used during a three to four-hour window overnight. Its task was to lift the concrete beams needed for the bridge.

As speed was essential in this bridge flyover project, reducing crane set-up and dismantling time was paramount for Superkrane. The GMK6300L-1 features a self-rigging auxiliary hoist which helps crews rig and de-rig their cranes faster. The manufacturer says the hydraulic swingaway jib and counterweight design improve speed and flexibility in tear down.

Jakarta-headquartered Superkrane has a number of Grove cranes in its fleet, including units from the GMK4100L, GMK5130, GMK5220 and GMK6300L models.

Johannes Wargo, president commissioner of Superkrane, said they decided to invest in a GMK6300L-1 because of the positive experience they had with its predecessor (GMK6300L). “It offers several key improvements over the previous model – particularly enhanced load charts and increased working radii and capacity,” said Wargo.

The enhanced lifting capacities in the GMK6300L-1 can be found across the load chart and on average they have increased by 7%. When working with the main boom between 70m and 80m, capacities are increased by more than 16%. The GMK6300L-1, when working with the full 80m main boom and rigged with full counterweight and lifting between radii of 14m to 28m, has a maximum capacity of 14t. That compares with a maximum capacity of 12t for the GMK6300L in the same configuration. 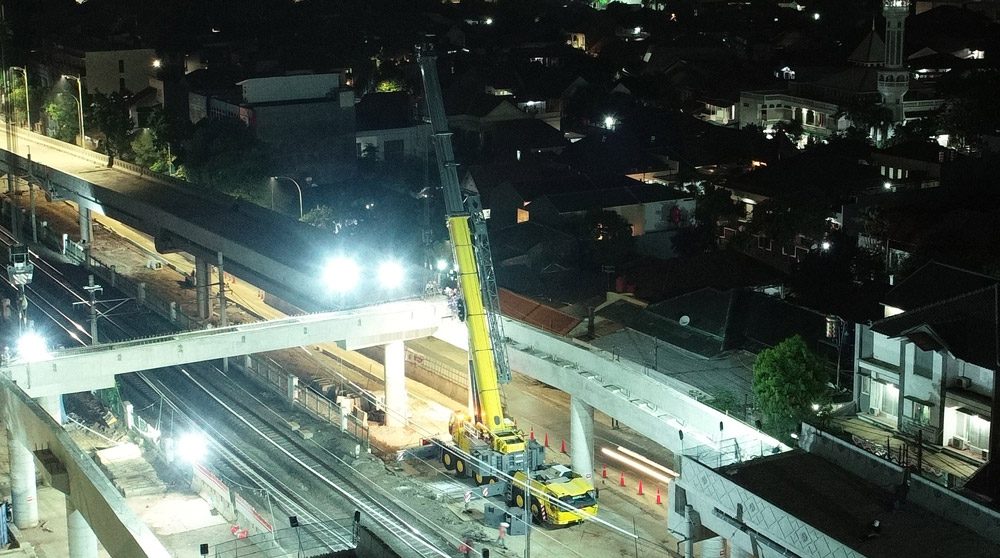