A helicopter has crashed into a crane in London, killing two people, and leaving parts of the jib hanging over a busy city street.

The accident happened at around 08:00 on a foggy London morning, with clouds obscuring the top of the Terex CTL 180 luffing jib crane working on the new Thames riverside residential development, The Tower, One St George Wharf. London's Metropolitan Police say that two people have been killed, the pilot of the helicopter and a man on the ground. The operator was, we understand, not in his cab at the time of the accident. The accident brought part of the out-of-service crane's jib to the ground, snapping the luffing cables, and leaving the remaining jib sections hanging just by their attachment to the pivot point.

The normal method for dismantling a crane of this height would be to climb the crane down, using the climbing cage, and then use a mobile crane to completely dismantle it once it is low enough to reach. Normally the jib would be used to lower mast sections as they are removed from the climbing cage. With the jib destroyed, it will be necessary to come up with a specially-built lifting apparatus, perhaps a hoist on the crane's machinery deck, or a derrick mounted on the tower. If the climbing cage has been badly damaged, it may not be able to climb the cage down. That would add even more complexity to what will, already, be a difficult job requiring considerable engineering expertise.

The police say that the aircraft involved was a commercial helicopter, with no passengers. As well as the fatalities, London Ambulance Service says that it has taken six people to hospital: one for a broken leg and five with minor injuries. Seven people were treated at the scene.

The aircraft was, the BBC reports, owned by Rotormotion and en route from Redhill south of London to Elstree in West London. The pilot had requested permission to divert and land at Battersea, across the river the from the accident site. NATS, the UK air traffic control service, was reported to have said the pilot was receiving help earlier in the flight, but not at the time of the accident.
Local media reports suggest that the crane operator was luckily, and rarely, late for work and not in his cab at the time of the accident. From the ground, the cab and first few jib sections all appeared to be intact, and the crane appeared to be tied securely to the building. The remaining sections of the jib however were hanging from its connection to the machinery deck. The rest of the jib, along with the helicopter, hit the ground below the crane.

Two hours later, when Cranes Today visited the site, all streets within 200m of the accident site were closed, with a substantial police and fire brigade presence. 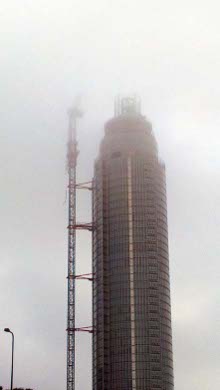 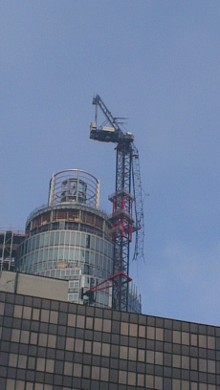 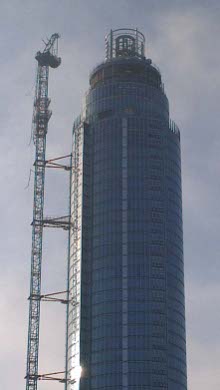 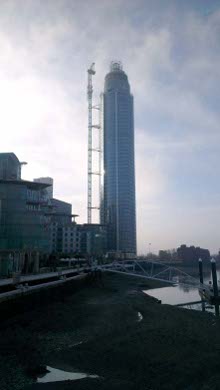 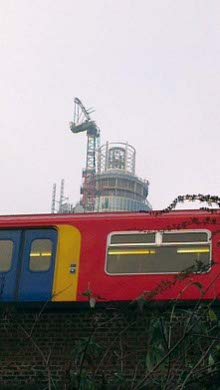 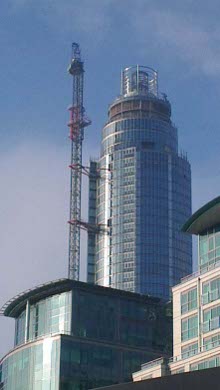 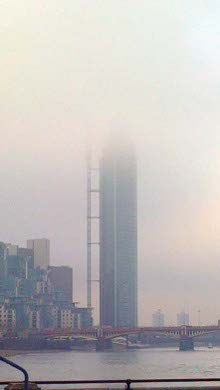