The SPX650 has a new 1.2t hydraulic jib with three extensions and a new 2t runner jib, with a maximum reachable height of 23.5m. The jib, which can work at a negative angle up to 15°, can be stored in three ways: at rest on the column, on the ground or under the main boom.

“The crane features other important functionalities such as the possibility of working either with hook or winch, the extendable tracks, the availability of pick and carry mode, and the telemetry system J-Connect,” added Jekko.

“The idea behind new SPX650 comes from the market needs,” said Alberto Franceschini, Jekko export sales manager. “Our customers were looking for medium size mini crane, with a length of the boom over 20m and a very good lifting capacity. Operators were asking for a crane that can work both indoor and outdoor, suitable in many job sites: glazing, curtain walls installation, steel erection, industrial maintenance. So we analysed both what the competition was offering and our own range, and the result is SPX650”.

SPX650 can count on a 100% electronically-operated supply system with PVG 16 proportional bank valves by Danfoss, the same of SPX532 and SPX1280, which allows accurate crane movements and the possibility of working simultaneously with four functions.

From the bigger SPX1280, the SPX650 also inherits the new stabilisation system, entirely controlled by the radio remote control. The crane is equipped with X-pattern outriggers with double extension (by cylinder and chains) to reduce the minimum stability area (2.9 x 2.9m; 4.5 x 4.5m the maximum area).

Stabilisers also feature hydraulic rotation from 0° to 72° and a double regulation position of their height, for the maximum flexibility while operating in confined areas.

The system considers several factors in order to determine the possible working conditions. Depending on the opening angle and extension of the stabilisers, the software can define in real time the maximum safe working load in a specific point, with five total stability levels.

SPX650 is equipped with a custom designed 48V lithium battery pack with a capacity of 400 Ah, which powers a 16kW three-phase electrical engine. Thanks to the 220V single-phase charger on board the machine, it is possible to work under charge; an external 400V three-phase charger is also available as option.

In order to satisfy all market requirements, from next year SPX650 can also be configured with a diesel engine paired with three-phase electric motor.

The radio remote control, which is the same as the SPX532 and SPX1280 models, features LCD display and software developed internally by Jekko. 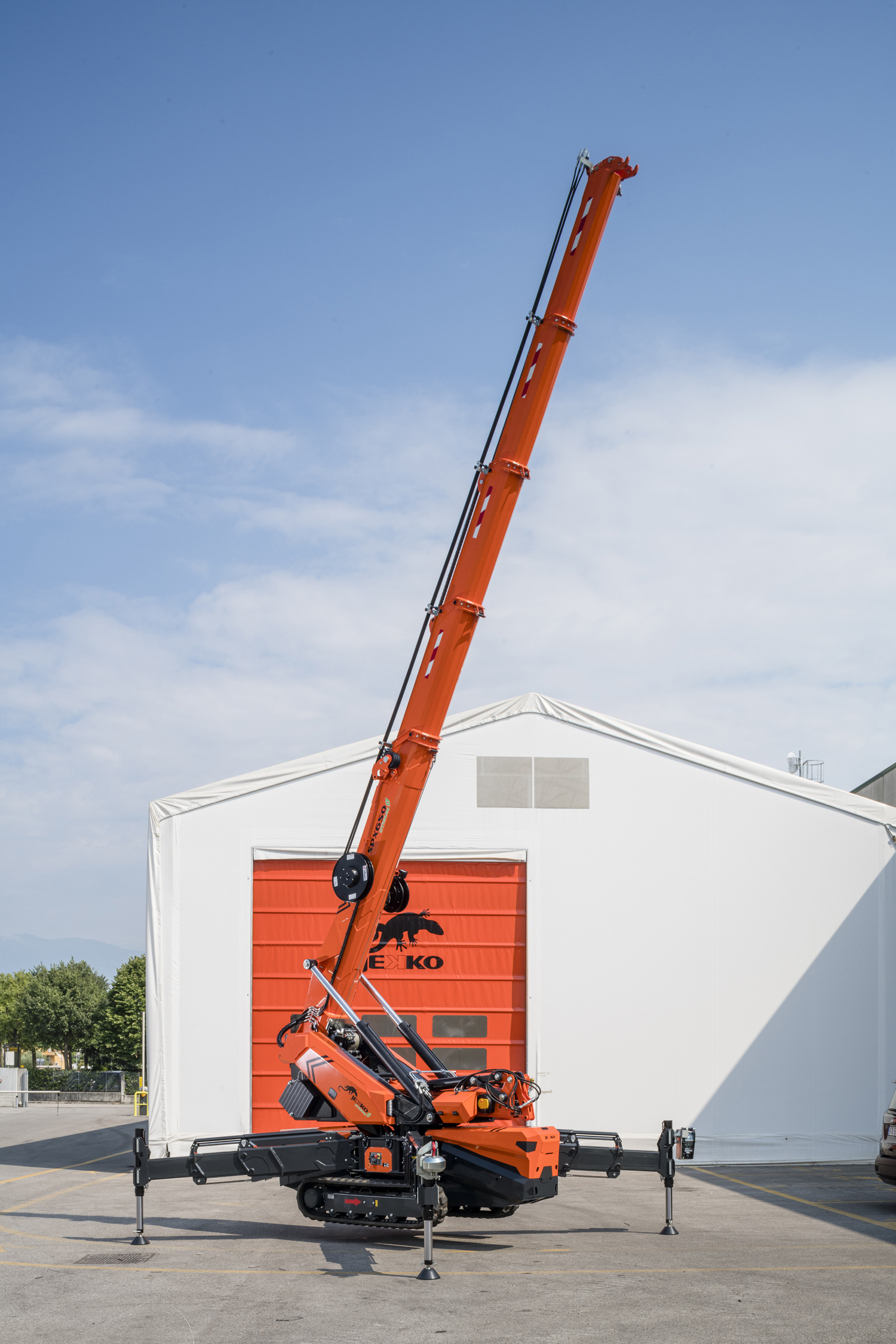