A Potain MD 3200 MAXI tower crane is helping with the construction of the Site C Clean Energy Project — a third dam and hydroelectric generating station on the Peace River in British Columbia, Canada.

The massive crane, which is the largest Potain crane to ever be used in North America, is working on the Generating Station and Spillways (GSS) Civil Works portion of Site C. When completed, the dam will be the province's fourth largest producer of electricity.

After some research on the market, Aecon-Flatiron-Dragados-EBC Partnership (AFDE), the construction group in charge of the project, acquired the Potain MD 3200 crane specifically for penstock installations on this job.

The crane arrived at the job site in February last year and started working in August, after being reconditioned to meet the group’s standards by EnCORE, Manitowoc Cranes, Tower Crane Division.

According to Nathan Johnson, deputy intakes and penstocks manager at AFDE, the company needed a crane with the ability to receive oversized loads, like large steel penstock sections—many of which weigh over 45.4t (50USt)—at one location and move them with ease into place.

The MD 3200 was erected on the Site C job site with its base attached to a custom rail track system that can move it along the length of the dam work site, nearly 107m (350ft). The crane has been affectionately named by some as “Sir Pix-a-Lot.”

Construction on the Site C project commenced in 2015 and is expected to be completed in 2024. It will provide 1,100MW of capacity, and produce about 5,100 gigawatt hours (GWh) of electricity each year—enough energy to power the equivalent of about 450,000 homes per year in British Columbia. 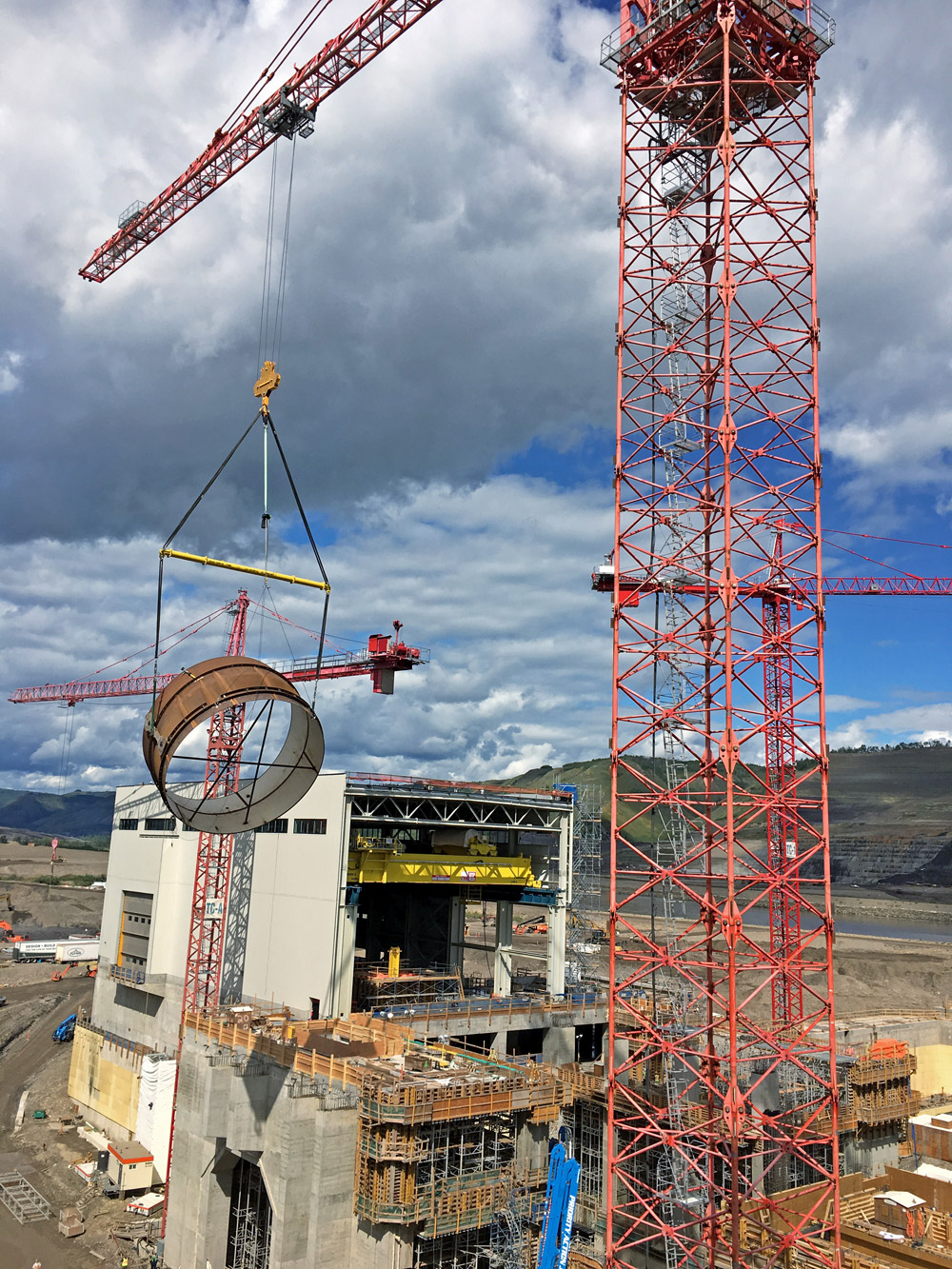