Liebherr ATs erect monument to the “Tailor of Ulm”

Two Liebherr all terrains were used to erect a monument to German aviation pioneer Albrecht Ludwig Berblinger celebrating the 250th anniversary of his birth.

Ulm-based crane and heavy haulage contractor Rieger & Moser erected a walk-in spiral staircase tower, whose appearance is reminiscent of the “Tailor of Ulm’s” flying machine. The Berblinger Tower is now positioned at precisely the point from where Berblinger attempted to fly over the River Danube in 1811.

The best-known invention of Berblinger, born in 1770, is the hang glider. He used it to conduct secret attempts at flight on Ulm’s Michelsberg vineyards, which provided good thermal conditions. His demonstration from the Adlerbastei on the banks of the River Danube before a large crowd, however, ended in the middle of the river due to downdraughts caused by the cold water.

The Berblinger Tower’s red and white steps are reminiscent of the two red and white striped wings on his flying machine. Visitors must climb 88 transparent steps to reach a platform 15m in the air on the tower, which measures a total of 20m in height.

As a result of the fact that it is at an angle of 10°, the top of the tower projects by up to 2m over the Adlerbastei towards the Danube and sways in the wind. The angle which posed something of a challenge to the structural engineers, is designed to create the feeling of wanting to take off and fly away.

Rieger & Moser used an LTM 1060-3.1 for the initial assembly of the three main segments of the spiral staircase. The tower was then erected by an LTM 1350-6.1. For this purpose, the various segments, weighing up to 8t, had to be hoisted using a radius of up to 40m. In a tandem hoist with the 60t crane, the tower sections were first turned in the air from a vertical into a horizontal position to prevent damaging the monument.

Because the site provided for the cranes partly encroached onto a fire access route and a meadow under high trees, a number of steel plates had to be used to protect the surface of the area. Appropriate areas also had to be created with steel plates for the sections which had to be placed on the ground and later assembled. Furthermore, high trees were a challenge for the hoists and assembly work.

Dispatcher Aileen Schro¨der from Rieger & Moser said: “During the initial talks and site visits, it quickly became clear that this job would be rather complex as a result of the site conditions. But working together, our customer, the Central Buildings Management Department at the City of Ulm, and our Project Manager Michael Wu¨rstle managed to develop a crane concept which satisfied all the requirements.”

The tower’s dedication ceremony on 25 June coincides with the 75th anniversary of Rieger & Moser. “When we heard about the Berblinger Tower project, we immediately knew that we had to be involved. After all, we have had close links with the City of Ulm for 75 years and have contributed to its construction and development with our services”, said managing director Dieter Moser. 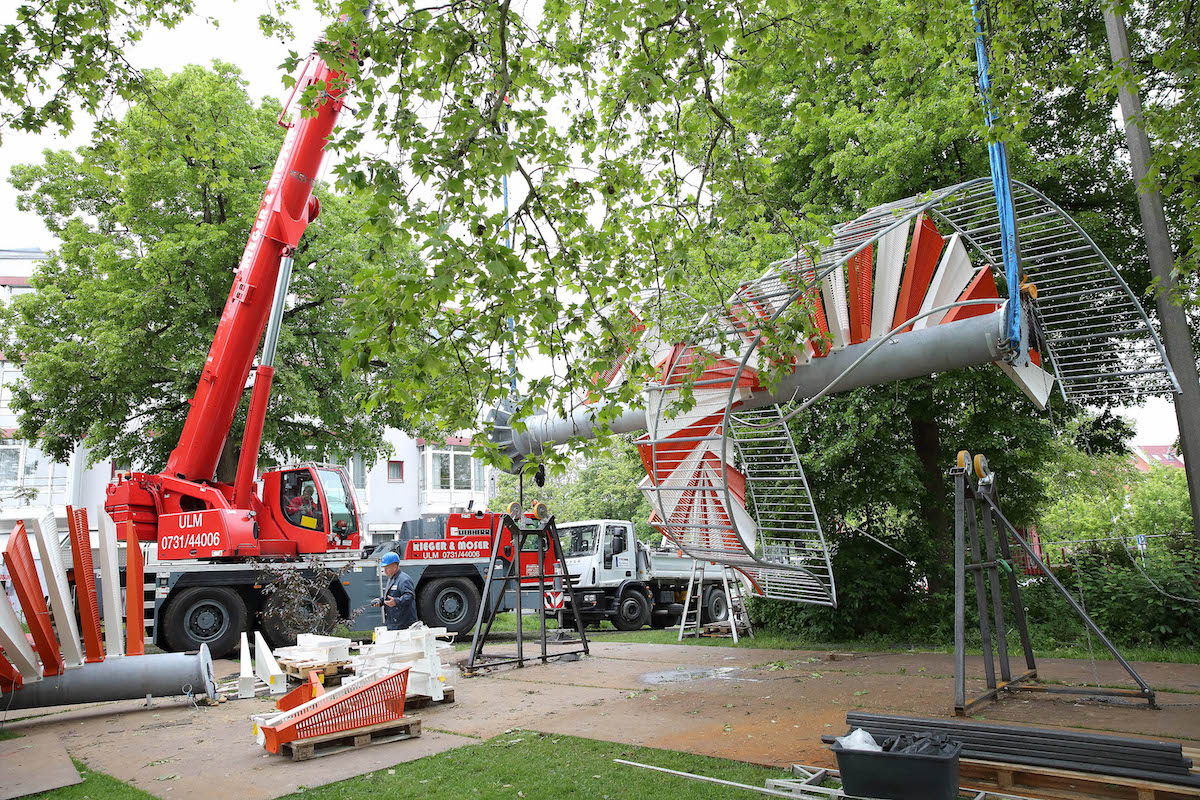 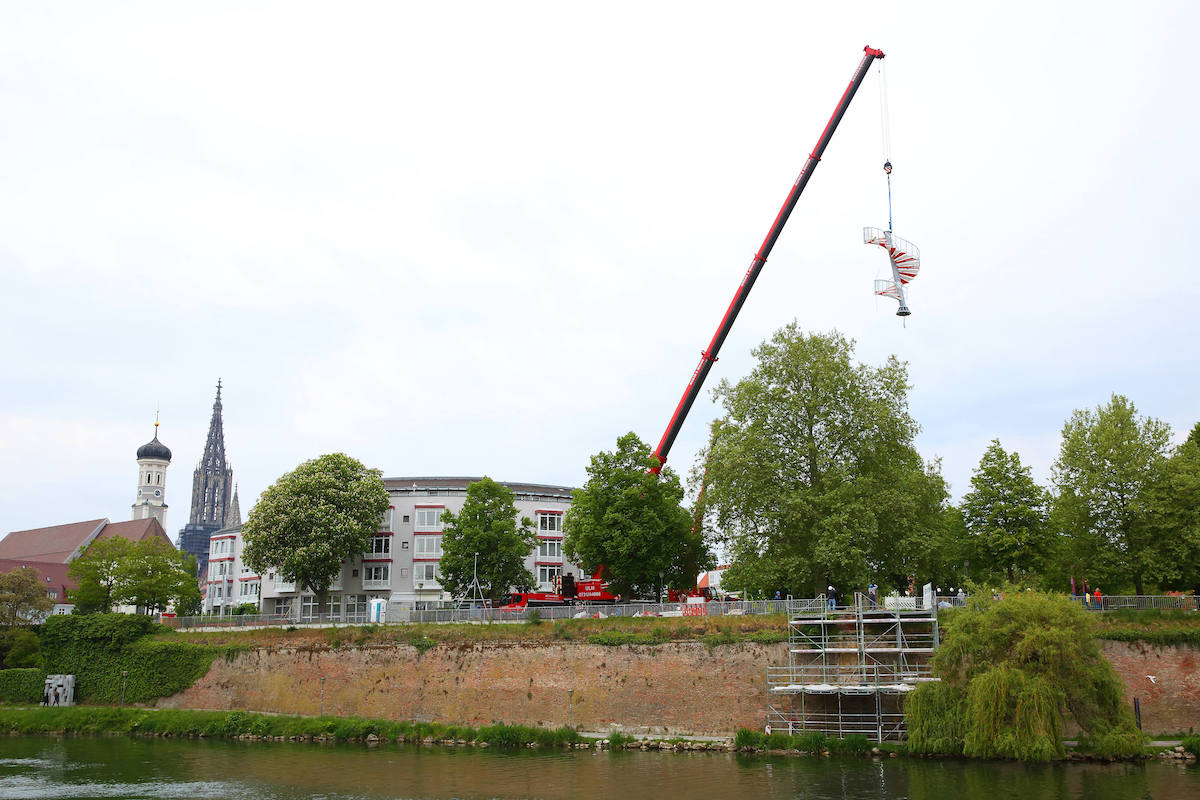 The first segment of the Berblinger Tower is swung into position.