Five Liebherr 42 K.1/J cranes are working on the construction of a motorway bridge close to Mount Fuji in the south east of Japan.

The Shin – Tohmei Expressway connects the city of Toyoda with Japan’s capital Tokyo. Because of the mountainous terrain, the motorway traverses a number of tunnels, several bridges and viaducts. In addition to the tricky landscape, the region’s high risk of earthquakes also had to be taken into account.

The cranes are being used to construct the bridge piers and girders of the motorway section near Gotenba-Shi. The Liebherr 42 K.1/J fast-erecting cranes fit the bill as they are designed to withstand earthquakes scoring level nine on the Mercallis scale and hurricanes of 200 km/h. As a power line crosses the site, the lowest tower height of 12m was chosen in several cases.

Construction company Sumitomo-Mitsui rented the cranes from Cranetal Noda citing the flexibility offered in terms of jib length and tower height as positive selling points. The jib length is variable from 25.5m to 36m, the tower height from 12m to 26m. 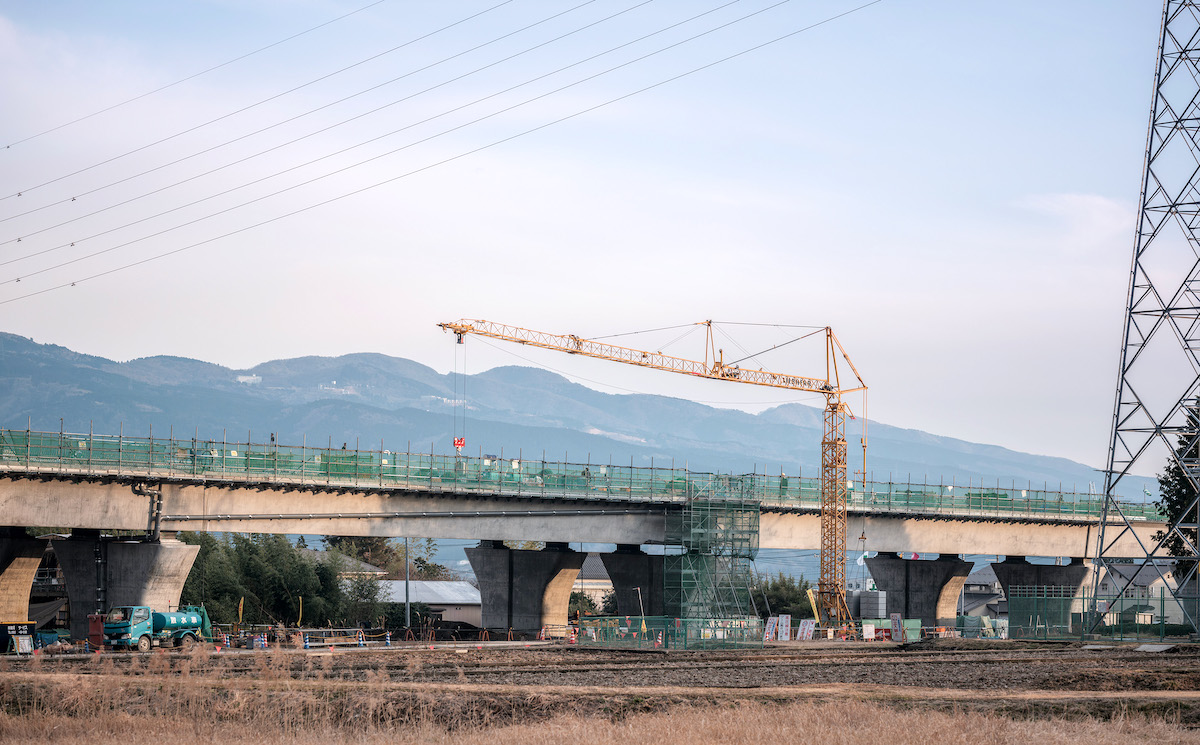