A Liebherr 630EC-H 40 Litronic crane hammerhead crane was used for a modernisation project at the Port of San Martin in Peru. The project includes the construction of a warehouse, a desalination plant and a liquid waste plant.

Liebherr together with its exclusive representative in the country Agrumaq provided the CCPSM consortium with a comprehensive solution for the first stage of the project. Agrumaq supplied the hammerhead and was responsible for the assembly, disassembly and maintenance.

The Liebherr 630EC-H 40 Litronic crane, one of the largest tower cranes in Peru, provides a maximum lifting capacity of 40t and 5.8t at 80m radius. For this project it was mounted on a rail at a height of 38.8m, with a radius of 48.4m and lifting 11.8t at the tip. Henning Köhler, head of tower cranes division at Liebherr Chile, said that the ability to move the crane along the rail track allowed the complete scope of work to be carried out by just a single crane.

The crane has now been dismantled and it will soon be deployed for another job at a port. It will be erected at the Salaverry port in the north of Peru, where it will help with the renewal of a quay and the construction of silos.

Liebherr tower cranes are being used for various projects in the country, including a 50t 1250 HC performing lifts for the Anglo American Quellaveco mining project. Köhler is optimistic that the demand for Liebherr tower cranes in Peru will remain strong in the coming years. There are plans to enhance Agrumaq's rental fleet, with tower cranes of 20-50t capacity. 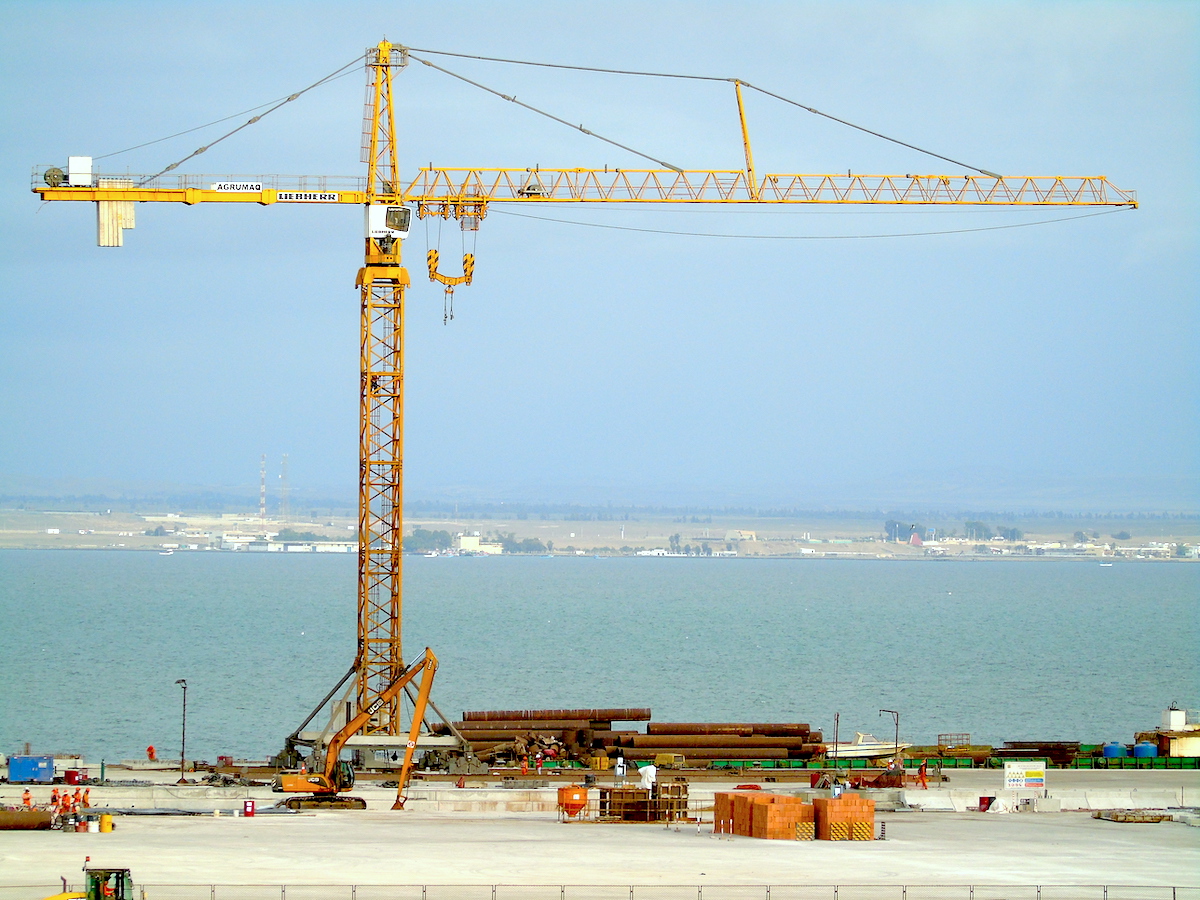