The latest expansion for North American company, Maxim Crane Works, comes after the acquisition of the assets and locations of NCSG Crane and Heavy Haul in Montana.

“We are pleased to announce the successful acquisition of the assets associated with NCSG Crane and Heavy Haul in the USA as we continue to expand our Western Region,” said Bryan Carlisle, CEO of Maxim Crane. “We are excited to add the fleet, footprint and team associated with this acquisition to our Maxim Family. The addition of these outstanding team members and equipment will enable us to enhance our service to the wind and renewable energy segment throughout the region. It will ensure that we are able to provide safe, reliable and available services anywhere in the USA,” added Carlisle.

This latest acquisition adds new locations in Billings, Sidney and Great Falls, Montana. “These additional sites and fully operational service centres will allow Maxim to increase its presence within the region, which includes the most recent opening of our Denver, Colorado branch,” added Frank Bardonaro, COO for Maxim.

Maxim has made a number of strategic acquisitions to expand its geographical customer base in recent years. In 2017 Maxim took over Coast Crane Company from Essex Rental to expand its presence on the west coast by adding eight locations in California, Washington, Oregon and British Columbia, Canada. Cincinnati based Tri-State Crane was acquired in 2018 to consolidate its coverage of Ohio, Kentucky and Indiana. In 2019, Solley Equipment and Rigging was acquired, which gave the company access to central Tennessee and North Alabama. The same year Maxim also took over Shaughnessy & Ahern Crane, headquatered in Boston, Massachusetts, including its subsidiary S&A Cranes (which both covered the north eastern states) and B&G Crane service, a subsidiary of Canada’s NCSG, which operated on the gulf coast of the USA. 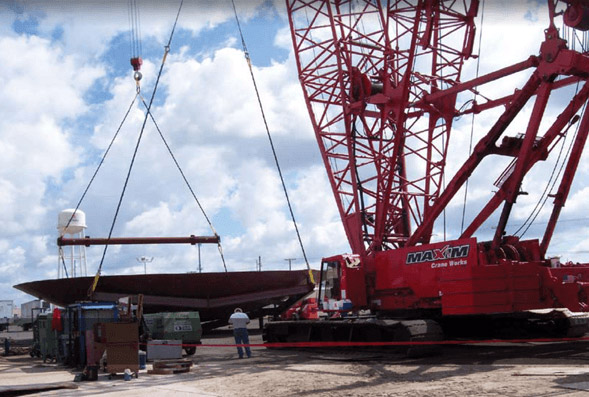