Nottinghamshire, UK, industrial installations specialist Merritts have transported, lifted and installed a baler and conveyor system from manufacturer Dicom Paal in Germany, for a recycling facility in Grantham, UK. Merritts transported 93 trailers of equipment over 500 miles, prepared detailed installation plans, lifted the components with a Terex AC100 from Hewden and installed it using a Fassi F660XP knuckleboom crane mounted on the delivery lorry.

Transport arrangements were made by Merritts for the collection and shipping of the machines from Germany, which needed to be delivered and installed within a short time-frame. Merritts also ensured that ground preparations were made at the UK site to increase the efficiency of the installation process.

General arrangement drawings were produced by Dicom Paal, providing the detailed information required to construct, test, lift, transport and install the equipment. Merritts provided comprehensive risk assessments and method statements for the customer, to ensure that the machinery could be installed safely on site. Appointed Persons (qualified lift planners, under the UK's LOLER lift regulations) were also provided for the project, to ensure that the machine could be safely lifted into the facility, before being assembled and installed by Merritts' in-house engineers.
Using the Terex AC100 from Hewden, Merritts offloaded the main body of the baler and placed it onto a pre-cast plinth. A specialist forklift truck and the remote controlled lorry mounted Fassi F660XP crane were then used to lift, transport, manoeuvre and install machine ancillaries into position at the site, after the major components of the baler had been correctly placed.

Final commissioning of the equipment was performed by Dicom Paal, where they carried out thorough testing of the machinery, before providing full training for the customers' operatives.

To complete the project, Merritts erected strengthened perimeter fencing, to make certain the machinery was adequately protected for future operations at the site. 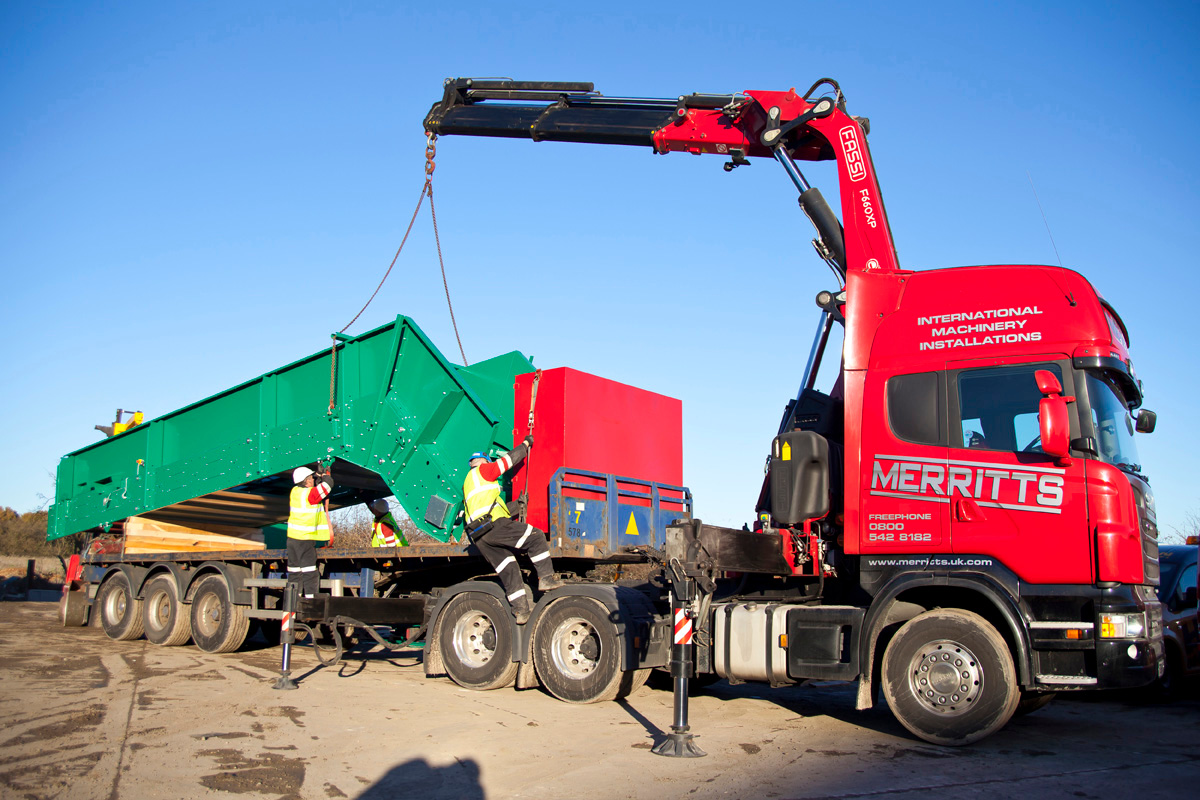 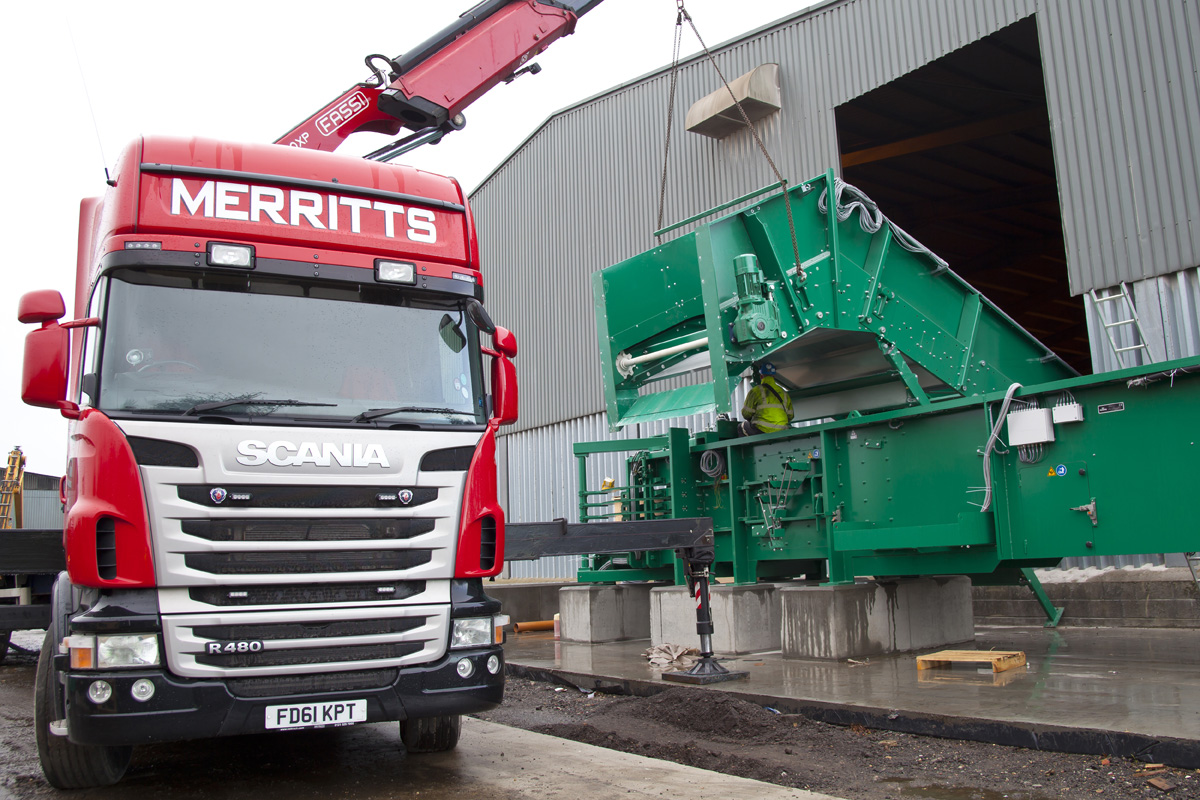