Tadano has reaffirmed its commitment to supporting customers across the Oceania region with the opening of a new, purpose-built head office in Brisbane, Australia.

The new AUD10m facility is situated in Brisbane’s north-eastern suburb of Lytton. It also provides customers for the first time with a common location in the city to access both Tadano and Demag parts and service.

“This is an exciting time for the business and for the customers we serve,” said Tadano Oceania managing director, Anthony Grosser. “We were in the process of looking for a larger premises, and the acquisition of Demag in 2019 accelerated the process. Our new head office at Lytton is now the largest dedicated crane repair facility in the Southern Hemisphere.”

Grosser explained that while Australia represents about 0.3% of the world’s population, it is a very strong and developed market, making it an important market for Tadano.

The new 14,000sqm head office significantly improves Tadano Oceania’s offering to customers in several key ways. “One major change is that the new location in north-east Brisbane is closer to port facilities and the industrial heart of Brisbane,” Grosser said. “It is located off the Port of Brisbane Motorway and so is extremely accessible to customers.”

The new facility is also a step-up from Tadano Oceania’s previous head office in the suburb of Darra, both in terms of size and services offered. “We now have more than 8,000sqm of hardstand for the commissioning, repair and reconditioning of cranes, as well as two wash pads, one internal and one external,” Grosser said. “There are 12 fully-equipped service bays, meaning customers’ needs can be addressed promptly, reducing their downtime.”

The site features 3,100sqm of enclosed space, including offices, training facilities and spare parts and stock storage. Some 1,000sqm of space has been dedicated to parts alone. While Tadano parts and services have been available on site since the opening on June 1, the Demag offering will be phased in throughout July. The Demag parts and service facility was previously at Eagle Farm.

Grosser said the new facility brings Tadano’s total commitment to the region close to AUD$20m since 2010. “This shows just how important Oceania is to Tadano and how committed the company is to the region.” 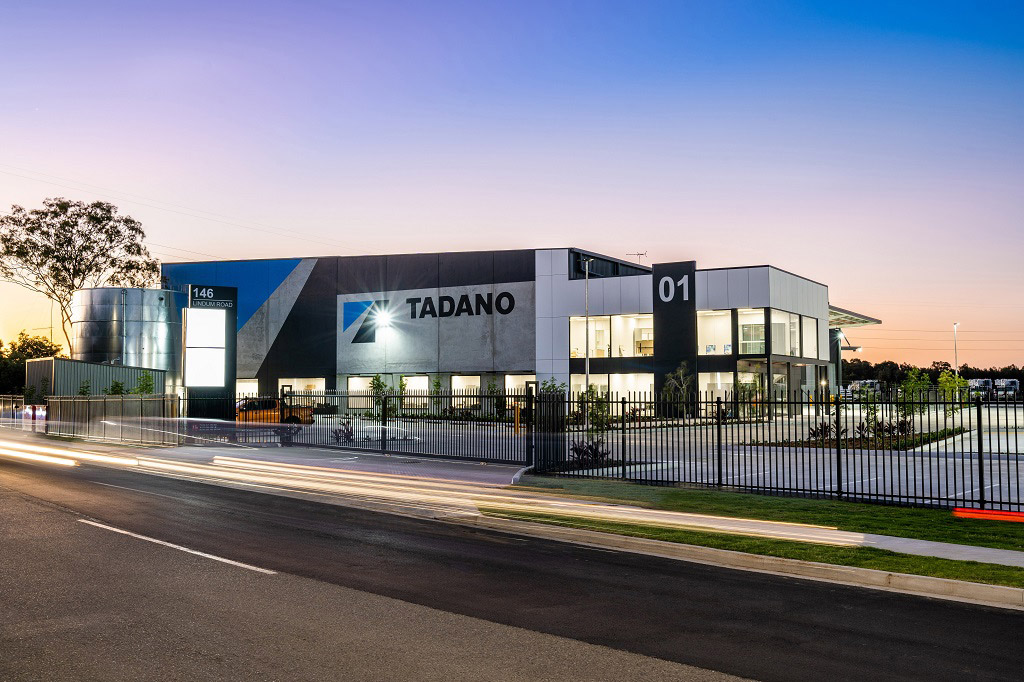