Sarens is using a Demag PC 6800 1 pedestal crane on a barge to install 89 foundation piles for Fryslân wind farm on the Ijsselmeer lake in the Netherlands, on behalf of Van Oord Offshore Wind.

The fact that all the lifts have to be carried out from a barge on open water in combination with the shallowness of the Ijsselmeer have posed challenges. The solution Sarens found was to to build a 62m x 53m special barge with a small draft. “This is how we were able to make sure that the work platform would not run aground,” said Sarens project manager Mart van Hoorn.

Despite the enormous dimensions of the barge, it would not have been possible to set up a lattice boom crawler crane on it due to the latter’s rugged construction. Sarens opted for the 1,250t Demag PC 6800-1 because it was easier to set up and met all the requirements in regards to load weights, lifting heights as well as the ability to work at angles of inclination of up to 2°.

The crane was transported directly from its previous job in Hungary to the Dutch coast, where it was subjected to a technical check before being set up. “We first pre-assembled the crane on the shore and then put together and tested the larger components on the barge. This way, we minimized the potential risks of assembly on the water and at height,” said Van Hoorn.

It took the six-person Sarens assembly crew a total of around one and a half weeks to set up the PC 6800-1, including the application of  a protective coating to prevent saltwater corrosion.

The crane was set up with an SSL/LSL S1 configuration, a 72m main boom, and a 40.5m Superlift mast with a radius of 24m. The superstructure counterweight was 250t, while the Superlift counterweight at a radius of 27m came in at 360t that were placed on a Demag counterweight carrier. Finally, a double hook block with nine-part reeving was installed in order to pick up the loads.

The PC 6800-1 is picking up the foundation piles—each weighing up to 250t and measuring up to 40m—directly from a transport ship. The piles are then placed in an upright position with the help of the sheerleg, moved to the intended location, and driven into the IJsselmeer’s lakebed.

“The fact that these operations have to be carried out in a sort of floating arrangement in between a bunch of ships makes the whole operation particularly challenging,” Van Hoorn said. This is why at least ten experienced employees are always out there on the water for each lift. “The plan is to drive two foundation piles per day depending on the weather, with the process of lifting and positioning a pile upright taking somewhere between 30 and 90 minutes.” This project will take about three months to be completed. 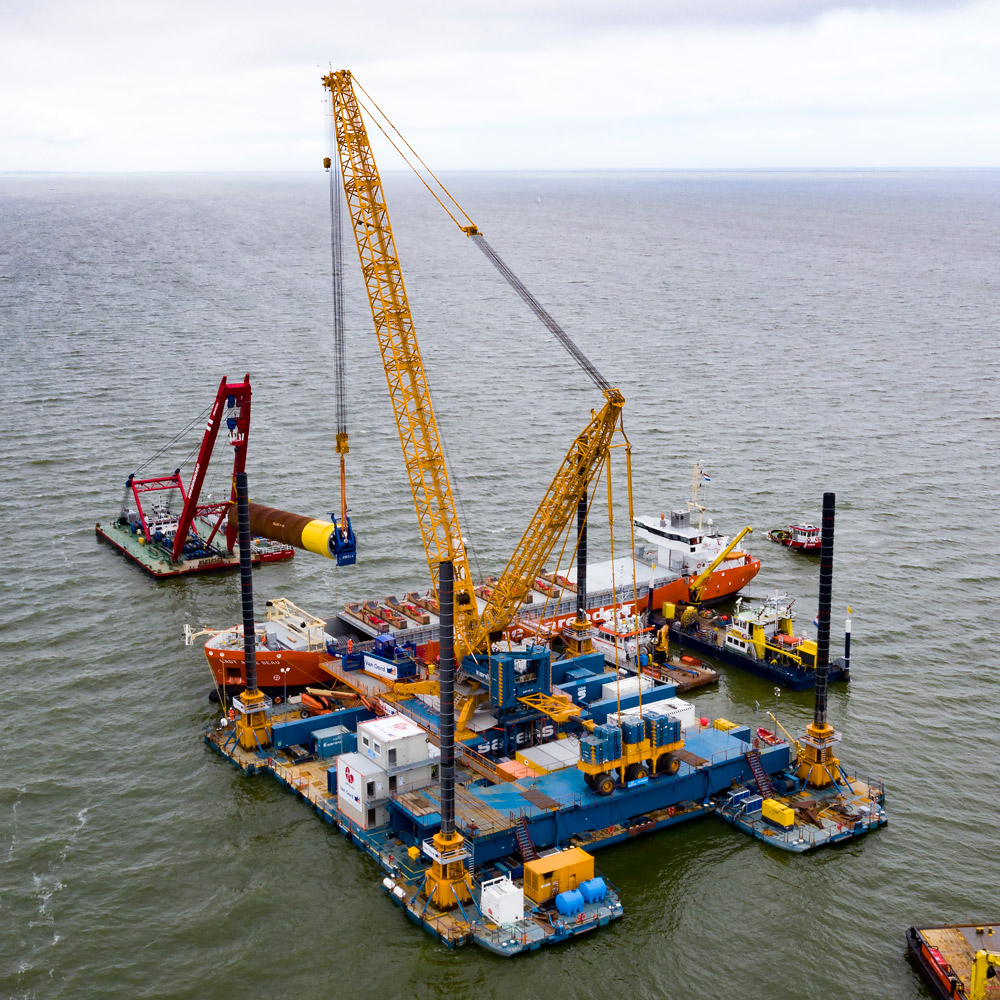 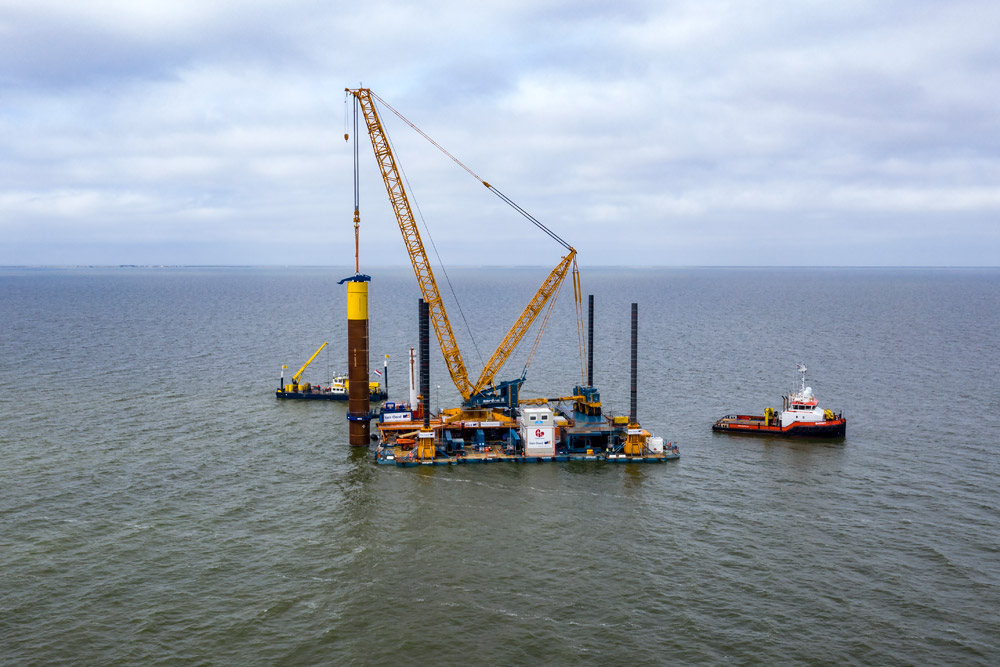