Eight Potain tower cranes are busy at work in downtown Tampa, Florida, where an entirely new neighborhood is being built from the ground up.

The project, called Water Street Tampa, is a nine million square foot mixed-use residential and retail development that will connect residents and visitors to area mainstays such as the Tampa Convention Center and the Florida Aquarium.

“Our tower cranes have overcome tight quarters and work at different heights concurrently moving concrete, rebar, and precast panels at a steady pace,” said Dustin Carmack, regional operations manager at Maxim Crane Works. “These cranes are adaptable to urban settings and have been at the site for over a year. They have shown great performance during this time.” 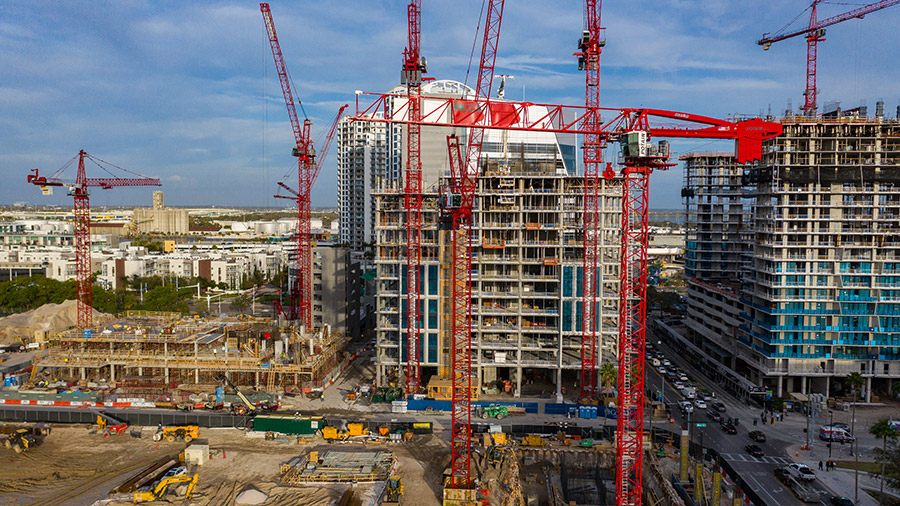