Three Raimondi MRT111 flat top tower cranes have been deployed for the construction of the Limassol Del Mar beachfront complex in Limassol, Cyprus.

The project consists of two towers of 17 and 27 floors respectively, which will include mixed residential and commercial space when completed in the second quarter of 2021.

Raimondi’s Cypriot agent, ConAgro sold the MRT111 cranes, with jib length ranging between 42m and 50m, directly to AMIC Contractors. The assembly and erection of each crane took place over a period of four days.

“Due to the congested project location, as well as the necessity to avoid any interferences between cranes, the Raimondi technical department carefully evaluated the erections of the cranes as part of the site planning procedures. The Raimondi team also studied the climbing sequence of all the cranes,” said Carmine Puca, application engineering manager, Raimondi Cranes.

“In addition to this, given the more than 100m height of the MRT111s and the inability to position the cranes near the building due to its shape, we had to design stable and resistant steel anchoring connections to ensure the firmness of the machines. Therefore, we built tie-bars approximately 15m long and connected them to concrete walls in order to ensure maximum cranes safety.”

The three flat tops have been equipped with an anti-collision system by Ascorel. 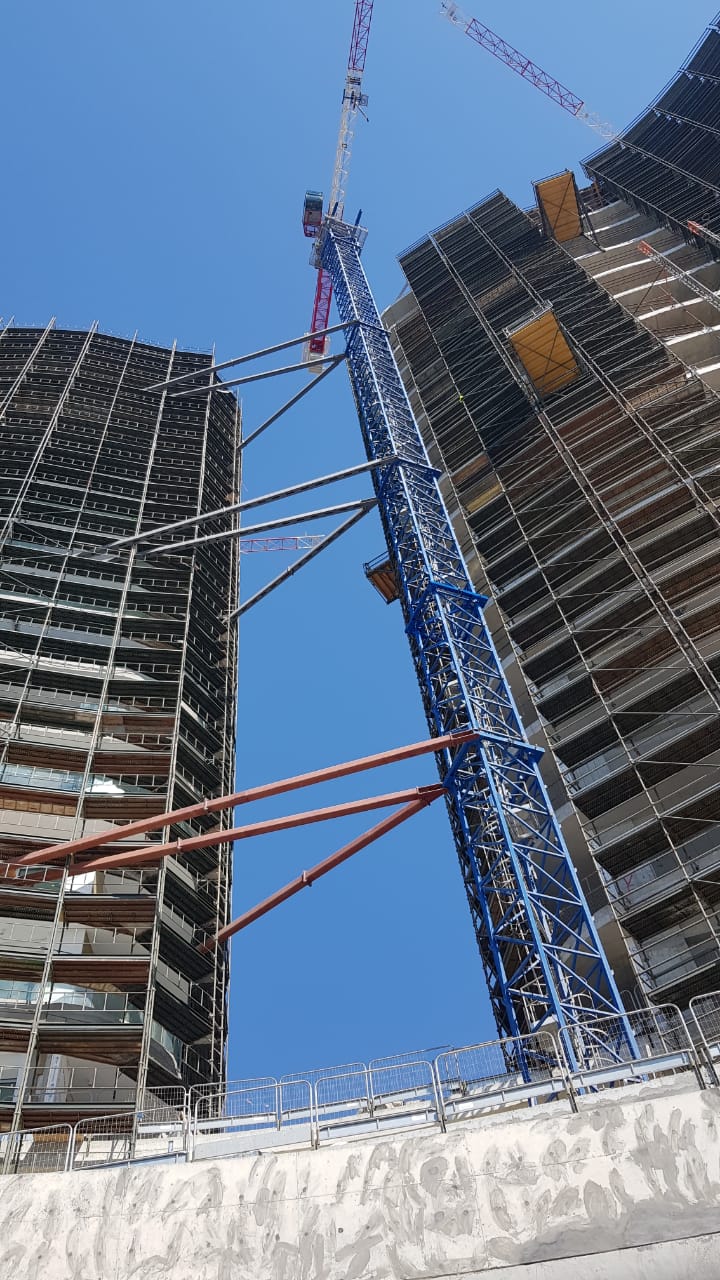 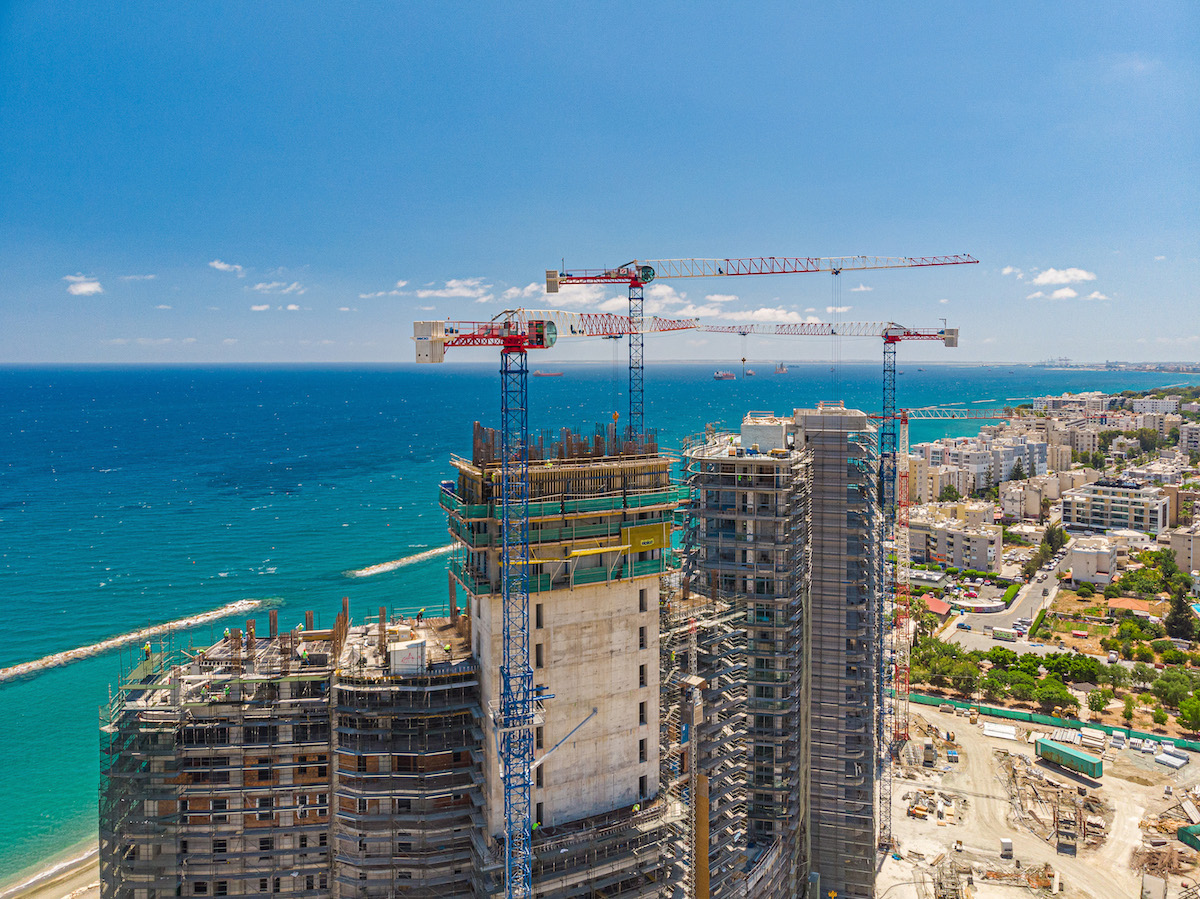 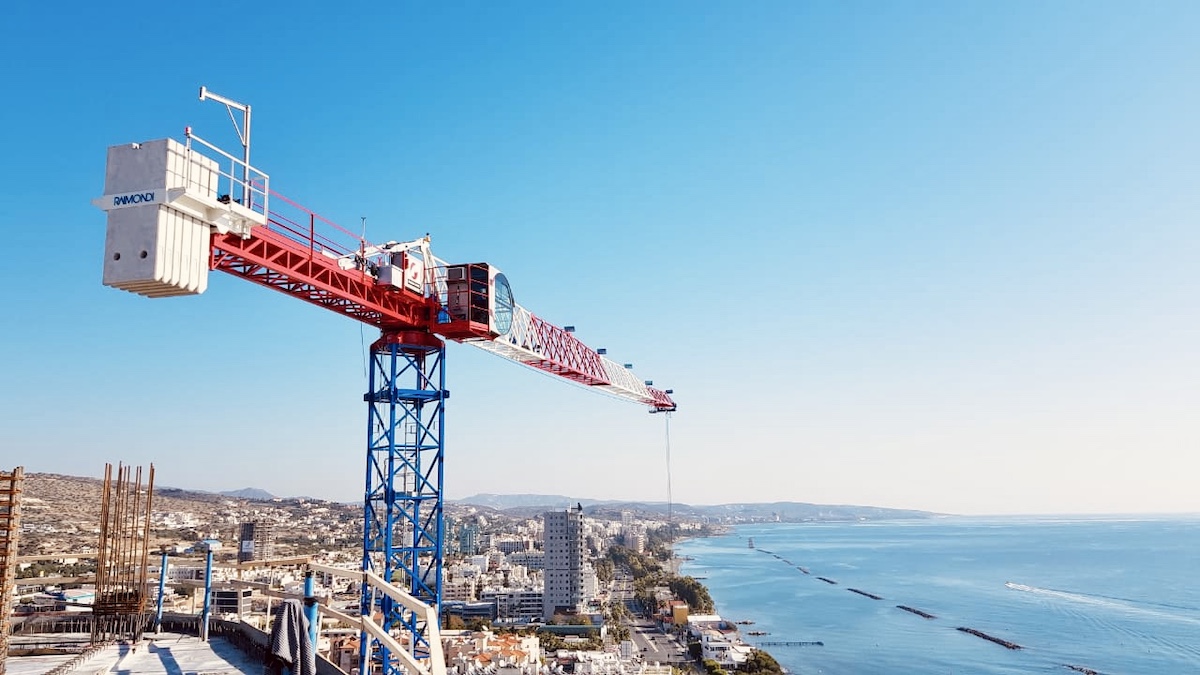