Lepine TP is using its new 55t Sennebogen 655HD duty cycle crane for the construction of a new motorway bridge in Ille-et-Vilaine, known as the "Gateway to Brittany".

The crane joined another Sennebogen duty cycle crane, a 640HD, on the last few kilometres of the Bretagne-Anjou route. Work is currently in progress on the completion of the last section, which will pass the municipality of Martigné-Ferchaud and be extended to two two-lane roads. This section, almost 3km long, will be the last of the line in Ille-et-Vilaine, a 48km section.

The construction project on which the two Sennebogen duty cycle cranes of the AngevinGroup are currently working is a 45m long steel composite bridge with a concrete cover plate. It is one of the most important sections of this final motorway segment, which will be put into operation in spring next year. The Sennebogen 655HD, thanks to its load capacity of up to 55t, enables the heaviest loading and lifting operations to be carried out for support on the construction site. Thanks to sensitive control, it can place the loads precisely on the trucks provided for this purpose.

Those approaching Brittany from the east, for example via the northern motorway route A84 or via Paris (A11 or A81), cannot get past Ille-et-Vilaine. The central traffic junction in Ille-et-Vilaine is Rennes. The two major motorways lead to the Breton capital, a ring road surrounds the centre and distributes car travellers to the other routes in the region. When this work is completed in 2021, the neighbouring Maine-et-Loire will be accessible by a connecting expressway from the capital Rennes.

This is the first job for Lepine TP’s 655HD, which was delivered in November 2019 by Sennebogen’s sales and service partner Sygmat. 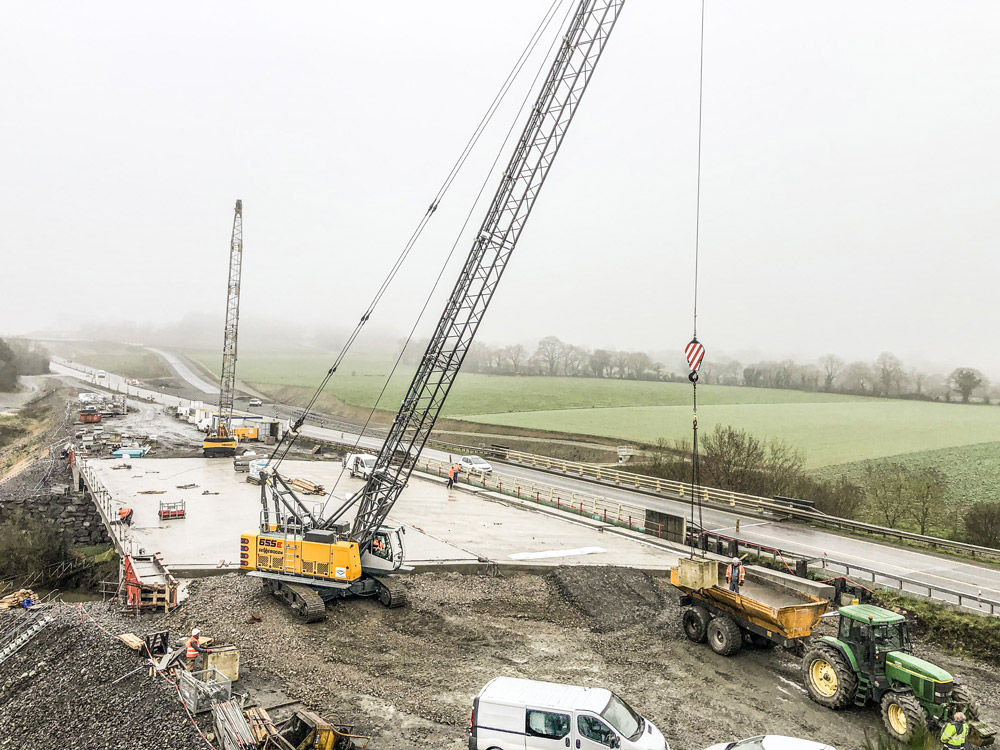