OCHS Bohr is using its new Sennebogen 613 telescopic crane for a well regeneration project in the district of Roth.

The first mission takes the mobile 16t telecrane into the Wendelstein state forest, where it is used for the mechanical cleaning of drinking water wells according to the principle of "pistons and brushes". A well brush, guided on the linkage with a precisely fitting piston disc above it, is moved up and down in the areas of the filter pipes in a rotating manner in order to loosen undesired sediments, which are due to the well ageing, from the filter slots. In this way, a well can be rehabilitated—with a certain moderate degree of contamination. The length of the rods, which can gradually penetrate to depths of more than 100m, is 3m.

"Regenerations should be adapted to demand and carried out regularly", said Jürgen Nedic, site manager at OCHS Bohr. "In most cases, this means a cycle of five to eight years in our region. This well is sunk using the flush drilling method. The regeneration, which the Sennebogen 613 E carries out here, is necessary because during the camera inspection prior to the cleaning measures, larger deposits were detected in the filter slots, which ensure the penetration of the ground water.

As a result, the access route of the water to the well becomes increasingly narrow until the slits are gradually closed. The longer the waiting time, the more slits become blocked. In the present case, these are iron ions in the water, which—as soon as they come into contact with oxygen—flocculate, chemically rearrange themselves and harden. In many cases they can therefore no longer be dissolved purely mechanically.”

The 613, delivered in January, is the seventh Sennebogen crane in OCHS Bohr fleet. It has another telecrane as well as five duty cycle cranes. 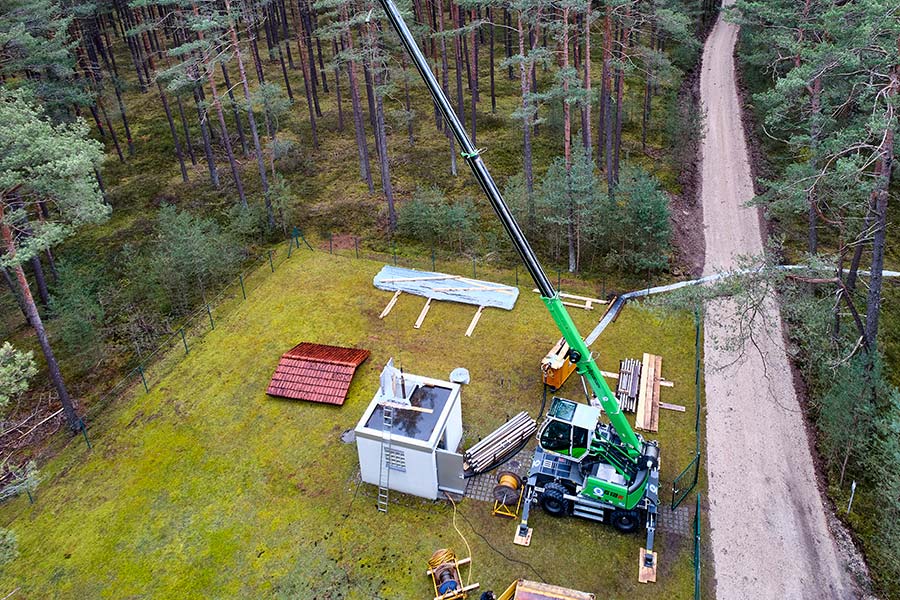