New minarets at the main entrances of the Grand Mosque in Mecca, Saudi Arabia, are being built utilising four Wolff 355 B and two Wolff 224 B luffing jib tower cranes.

The location of the construction site is frequented by worshippers and pilgrims 24 hours a day and gets particularly busy during Hajj season. As a result, high safety standards are required at all times, said Wolffkran. To maximise this, and help prevent operational downtime, the company is inspecting and servicing the cranes on a monthly basis.

On top of the site being very busy, space is also restricted. This meant detailed logistical planning and just-in-time delivery of all crane components during erection, said Wolffkran.

All six minarets will be 120 metres high, with a pair flanking each of the three main gates.

Tower heights between 116 and 126 metres required that the cranes had to be tied to the minarets. The four Wolff 355 B luffers are each tied three times; the two Wolff 224 B luffers use only two ties. Wolffkran engineered and supplied the tie segments and the wall brackets for the minarets.

The construction of the minarets is part of the third expansion phase of the Grand Mosque. 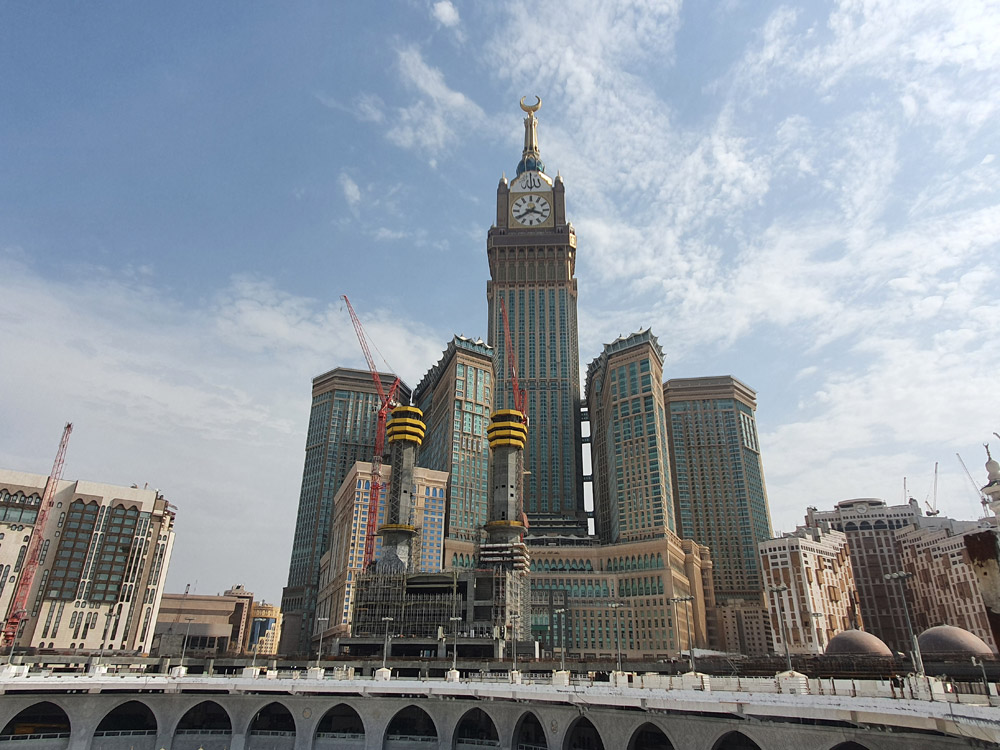 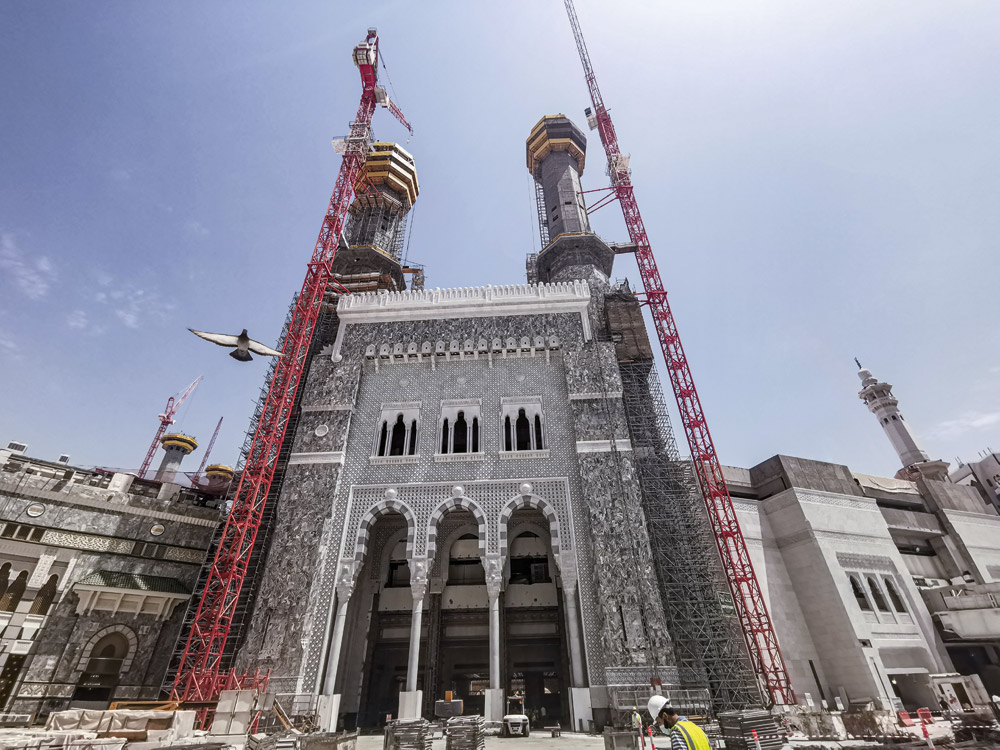 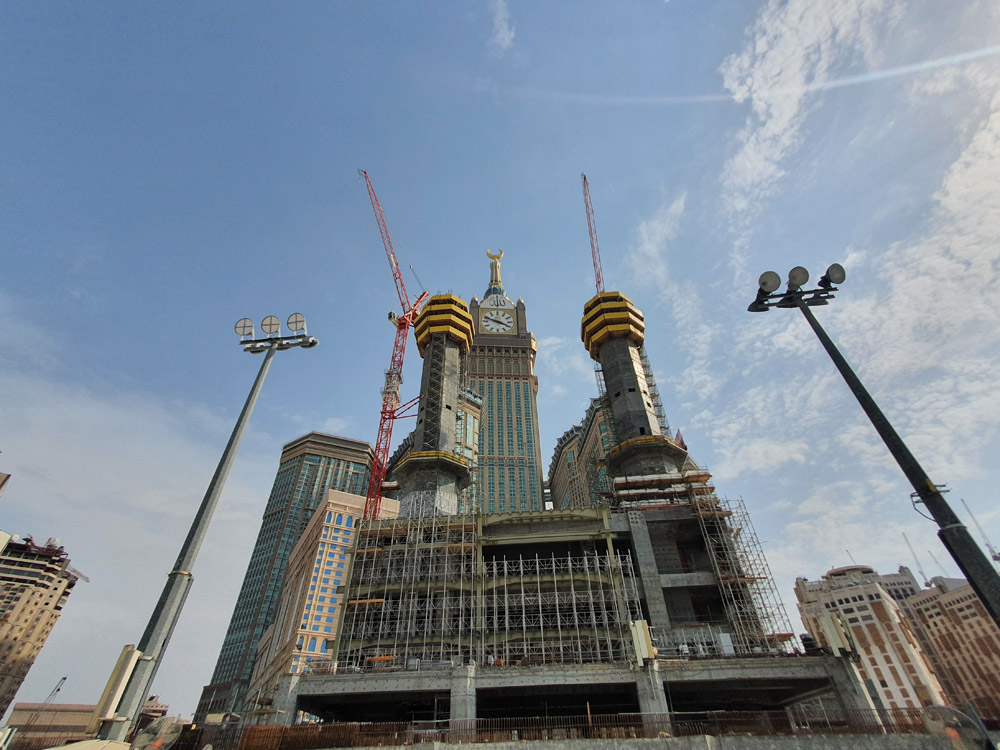 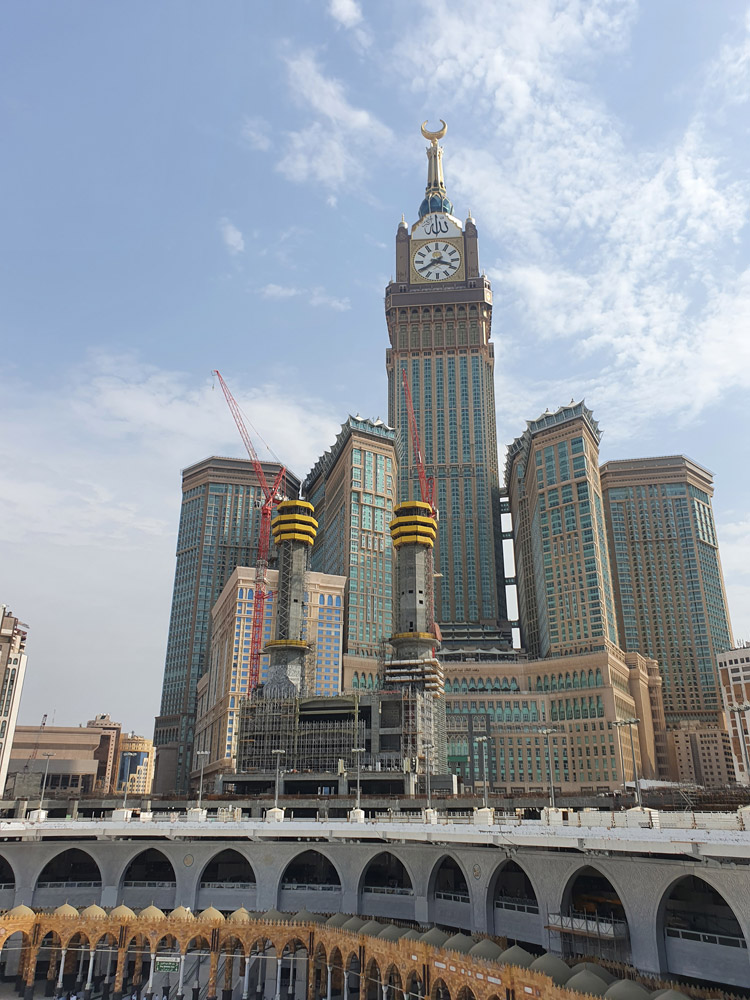