Klaus Kröppel has been appointed the new general sales manager of Tadano Faun.

“Klaus Kröppel knows the industry inside out and the markets like the back of his hand, and he understands how to serve the needs of customers. And: his move to Tadano is not just another step on his way up. He sees his position as a great opportunity to initiate, guide and implement many things,” said Tadano.

He took his first steps in the crane business at Grove in Wilhelmshaven. At Grove, Kröppel took over leadership positions for 17 years, most recently achieving the position of VP Europe and Africa for mobile cranes.

The manufacturer said that he will tackle sales processes directly, including optimised customer-centric processes.

Upon his arrival at Tadano, Kröppel will find at least one familiar face: Jens Ennen, formerly Manitowoc SVP for mobile cranes, Europe and Africa, and also based in Wilhemshaven, joined Tadano Faun as MD, Germany, at the start of April. Both moves come as Tadano prepares for the integration of the Demag business, which it has agreed to acquire from Terex. 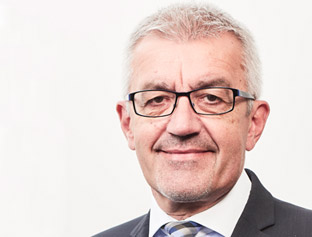