The marine division of Germany’s Thyssenkrupp Group has acquired SPMT axle lines from Scheuerle to handle the in-house transportation of boat sections.

Scheuerle, a subsidiary of the German Transporter Industry International Group (TII Group), was rated highly in the relevant categories. According to Philipps, this included the technical quality of the SPMT (Self Propelled Modular Transporter) axle lines and the high service capability of Scheuerle as well as the availability of the SPMT axle lines.

When Thyssenkrupp Marine Systems transports ship and submarine sections in-house from one production hall to the next, they must not be left lying around for any length of time. “If a vehicle breaks down, we need a replacement as soon as possible. SPMT axle lines from Scheuerle are quickly available due to their widespread distribution.”

The marine division uses the two six-axle SPMT transport modules to move mainly large-volume GRP components, each weighing around 4t, as well as large components of varying weights on the factory premises. The heaviest, prefabricated ship sections weighing up to 250t are transported on up to ten SPMT SL axle lines for further processing. For this, they are moved using different transport racks such as the so-called “cradles”, heavy pallet carriers or jumbo pallets. 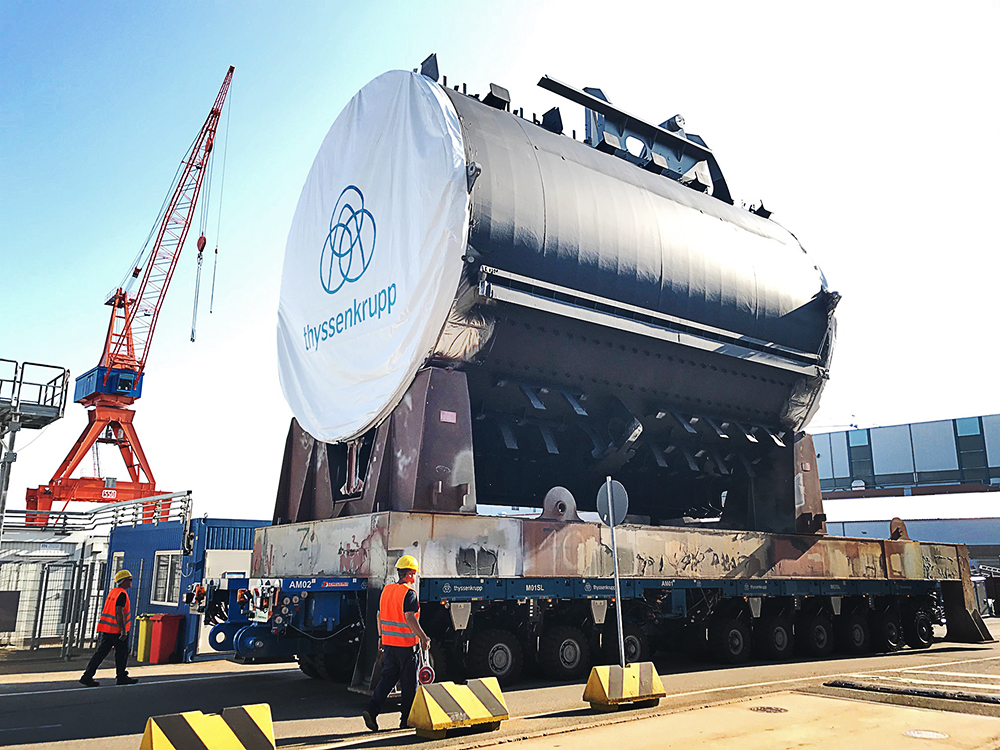