Working at the palace

BKL used its Liebherr LTM 1350-6.1 all terrain to disassemble its Liebherr 90 EC-B top slewing crane above the roof of the newly-restored Linderhof Palace in Germany.

Linderhof is said to have been a favourite castle of King Ludwig II of Bavaria. For two years, a Liebherr tower crane and self-erector from BKL’s rental fleet were used for restoration work at the palace.

Once the renovation work was completed, the mobile crane team from BKL Munich dismantled the top-slewing crane with a Liebherr LTM 1350-6.1 as the most cost-effective alternative. The onsite conditions meant that the mobile crane had to be positioned in front of the palace, while the tower crane that needed disassembling was behind the building. Therefore, the 350t giant was specially modified to achieve the necessary hook height of 55m with a 40m radius. In order to lift the required 8.5t of maximum load, the crane specialists configured the mobile crane with 70t of ballast, a Y-telescopic boom guying system and a 12m extension on the main boom.

In order to ensure that the 90 EC-B was removed quickly to keep disruptions to a minimum for visitors, the Munich crane specialists arranged the meticulously timed return transportation with an auxiliary crane, an 85tm Palfinger PK 92002-SH loader crane, which speeded up the process thanks to its small space requirement and short set-up time.

To avoid disrupting visitors to the palace as far as possible, the project planning, mobile crane and trucks had to be closely coordinated. BKL's highly trained team completed the disassembly and the whole return transport of the cranes in a single day. 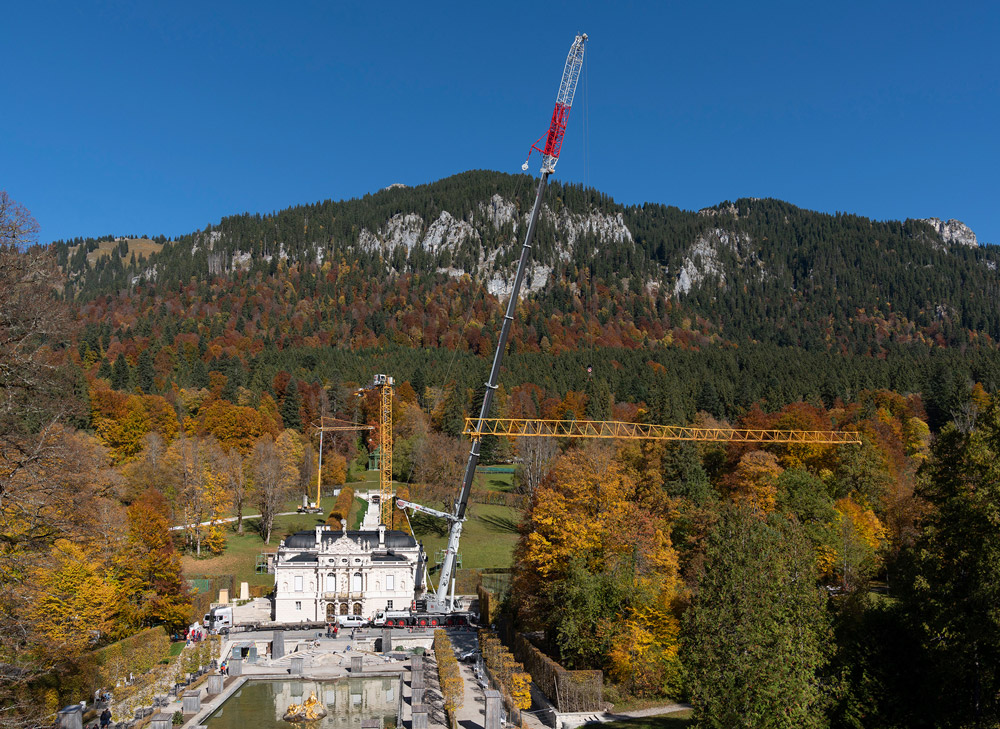