German heavy haulage provider Universal Transport has invested in 32 modular axle lines from the Faymonville G-SL series for the transportation of various power plant components. They make up the modular vehicle fleet with which the newly founded Universal Transport Egypt (UTE) will initially accompany two major projects in the coming months.

The task will be to transport goods from the port in Adabiya to building sites in New Cairo and Beni Suef, where the country’s two largest gas-fired power plants are under construction. The power plant components to be transported can weigh up to 190t.

“UTE is ready for these projects and can count on Faymonville as a manufacturer that can supply customised and specific transport solutions,” says a source at the trailer specialist.

Universal Transport has identified potential challenges with the transportation of goods in the near future, as traffic is steadily increasing because of the erection of wind turbines. 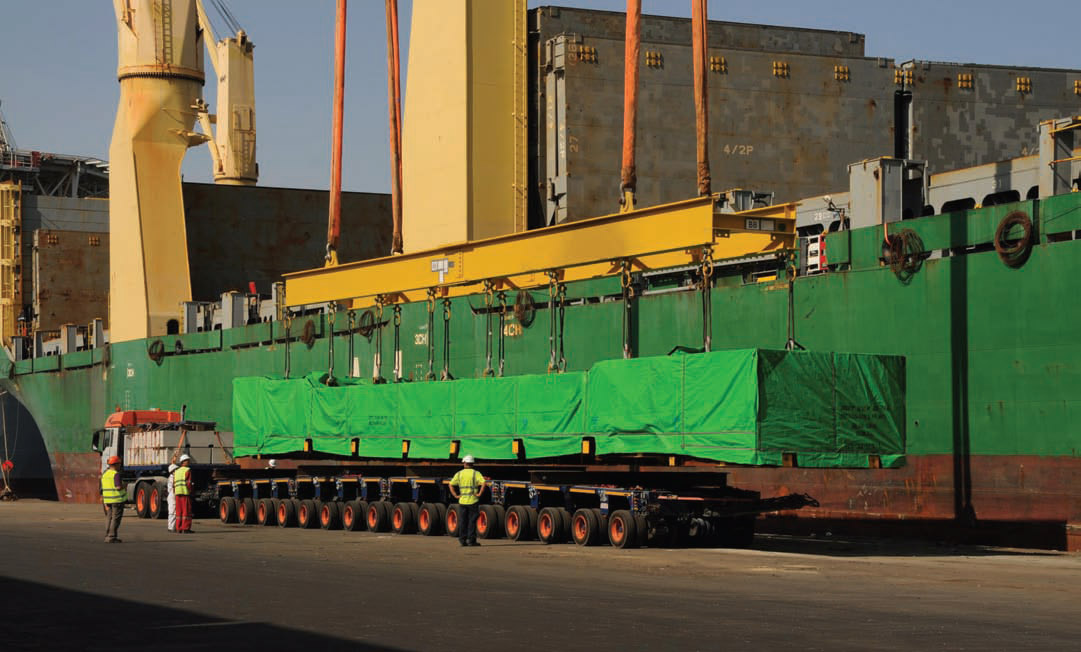 UTE anticipates challenges in Egypt, but is equipped to handle them.